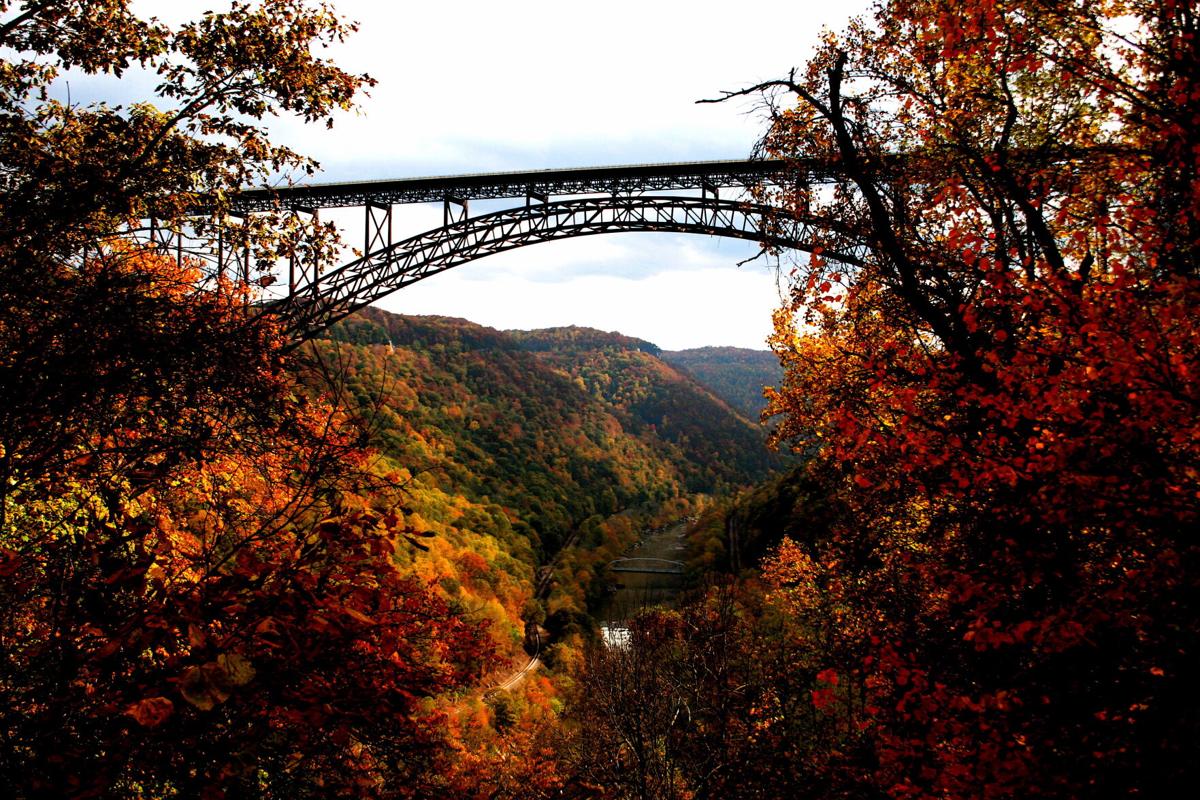 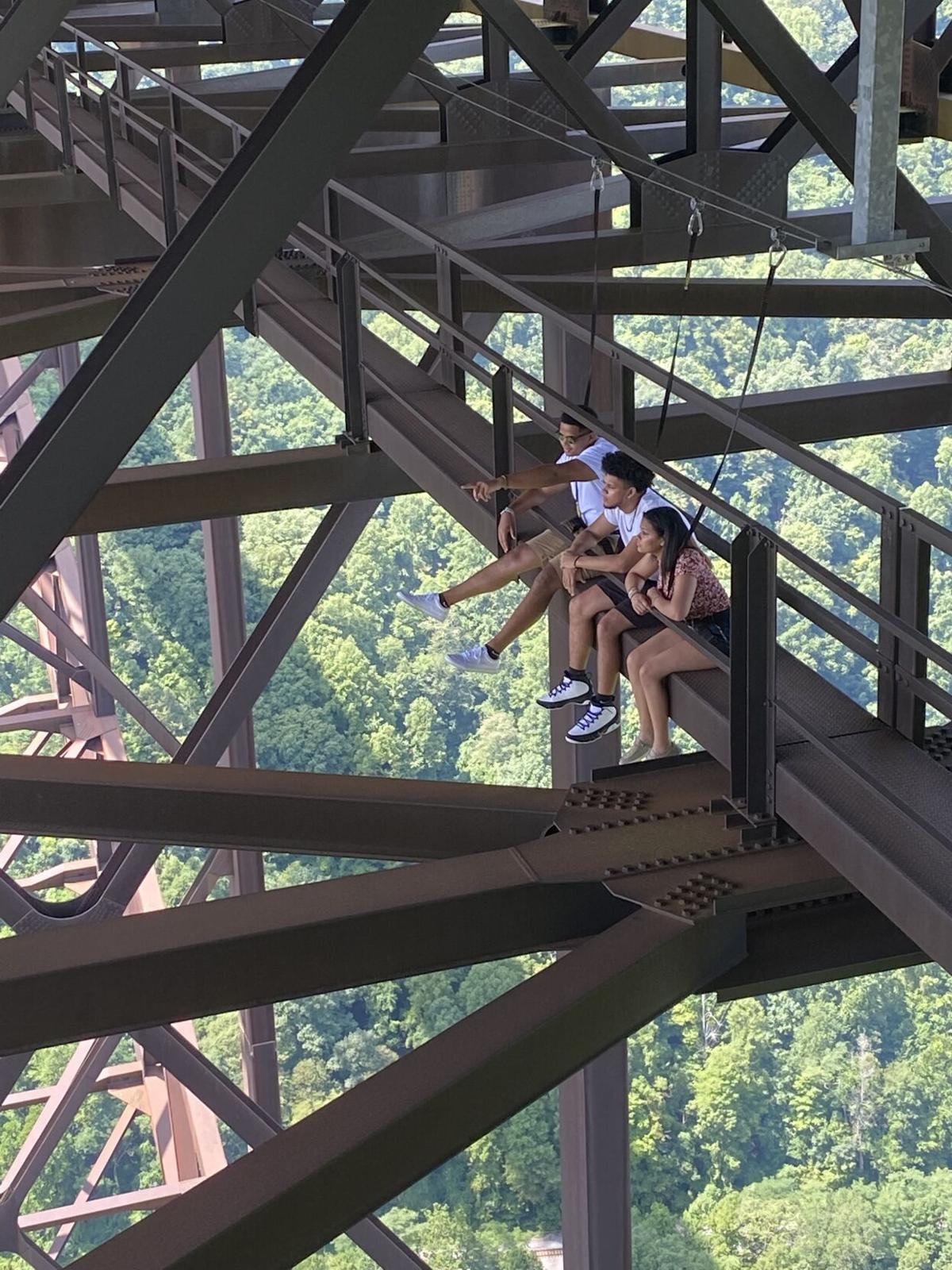 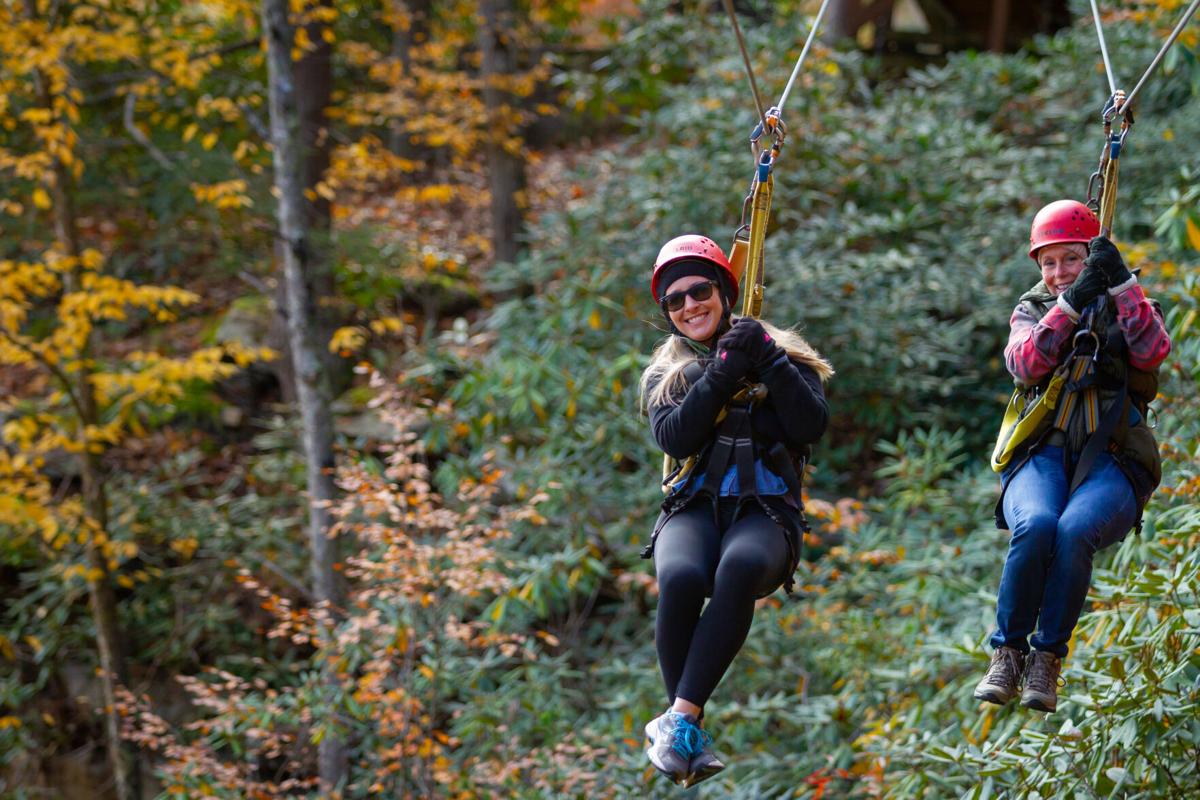 Fall is a beautiful season throughout West Virginia, but nowhere is it more magical than in the New River Gorge, which was newly designated as a national park this past December. One of the most popular places to view fall foliage, the New River Gorge Park and Preserve attracts people for numerous reasons, from hiking to mountain biking to watching daredevil BASE jumpers leap off the third highest bridge in the country.

“The New River Gorge area has spectacular fall foliage in mid-October; peak viewing times are usually the second to third weekends of the month,” explained Becky Sullivan, executive director, New River Gorge Convention & Visitors Bureau. “A lot of people travel to the area to drive across the bridge at this time, or to do some of the hikes that end in overlooks above the gorge.”

The park contains several national park trails, with the Long Point Trail being the most popular. The 1.6-mile out-and-back trail starts off Gatewood Road in Fayetteville and ends at a rock outcropping with panoramic views of the gorge and the bridge. The Endless Wall Trail is another popular walk that zig-zags along the cliff edge; the overlook at Diamond Point provides a good turnaround spot, creating a 2-mile out-and-back hike from the Fern Creek parking area.

The gorge includes other hiking and biking trails as well as Bridge Walk, which enables people to travel along the catwalk underneath the New River Gorge Bridge.

“This guided activity is a really unique way to see the gorge,” said Sullivan. “Visitors are harnessed in and take an interpretive hike down the entire length of the bridge, which is 3,030 feet long. They are 851 feet above the river and can hear traffic above their heads. It’s a one-of-a-kind way to learn about the history of the bridge and the gorge, as well as the area’s coal-mining history.

“There’s also a place where they can sit and dangle their legs off the bridge, which makes for a great photo opportunity,” she added.

While in the New River Gorge area, there are other ways to enjoy the great outdoors as well. The national park and preserve is divided into four different locations, which include Sandstone Falls, the largest waterfall on the New River; Thurmond, an old mining town which is now a ghost town; and Grandview, a more laid-back area where visitors can see spectacular views of the New River.

For those who love the challenge of whitewater rafting, the New River Gorge region is home to Gauley Season, which this year will take place between Sept. 10 and Oct. 17.

“For six weeks, the Army Corps of Engineers releases water at the dam, which creates Class 5 whitewater rapids along the Gauley River,” said Sullivan. “This is the premiere place to be for whitewater enthusiasts.”

The third Saturday in October is Bridge Day, which is the only day of the year that spectators, BASE jumpers, rappelers and 5K racers are allowed on the New River Gorge Bridge. The roadway is shut down so that BASE jumpers can leap off the bridge at the event, which attracts about 100,000 people each year.