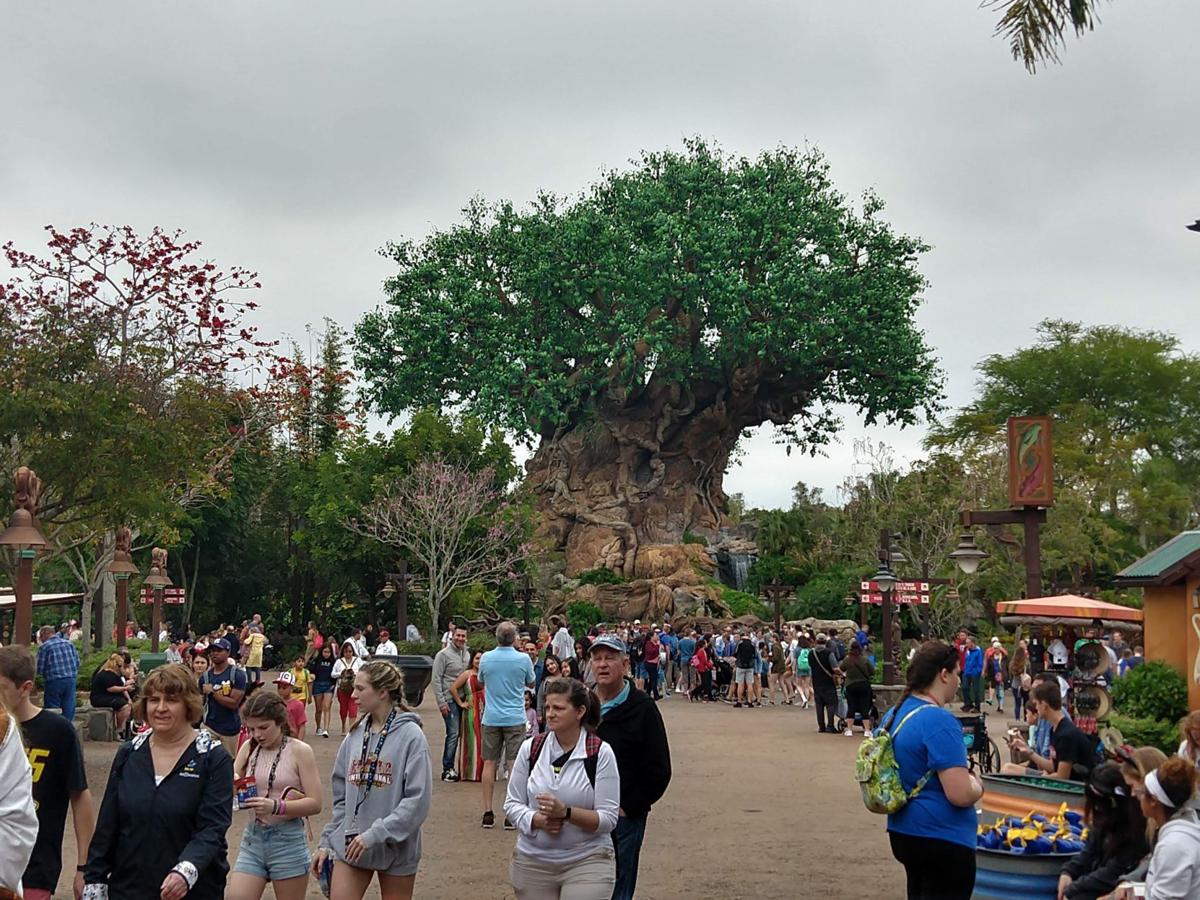 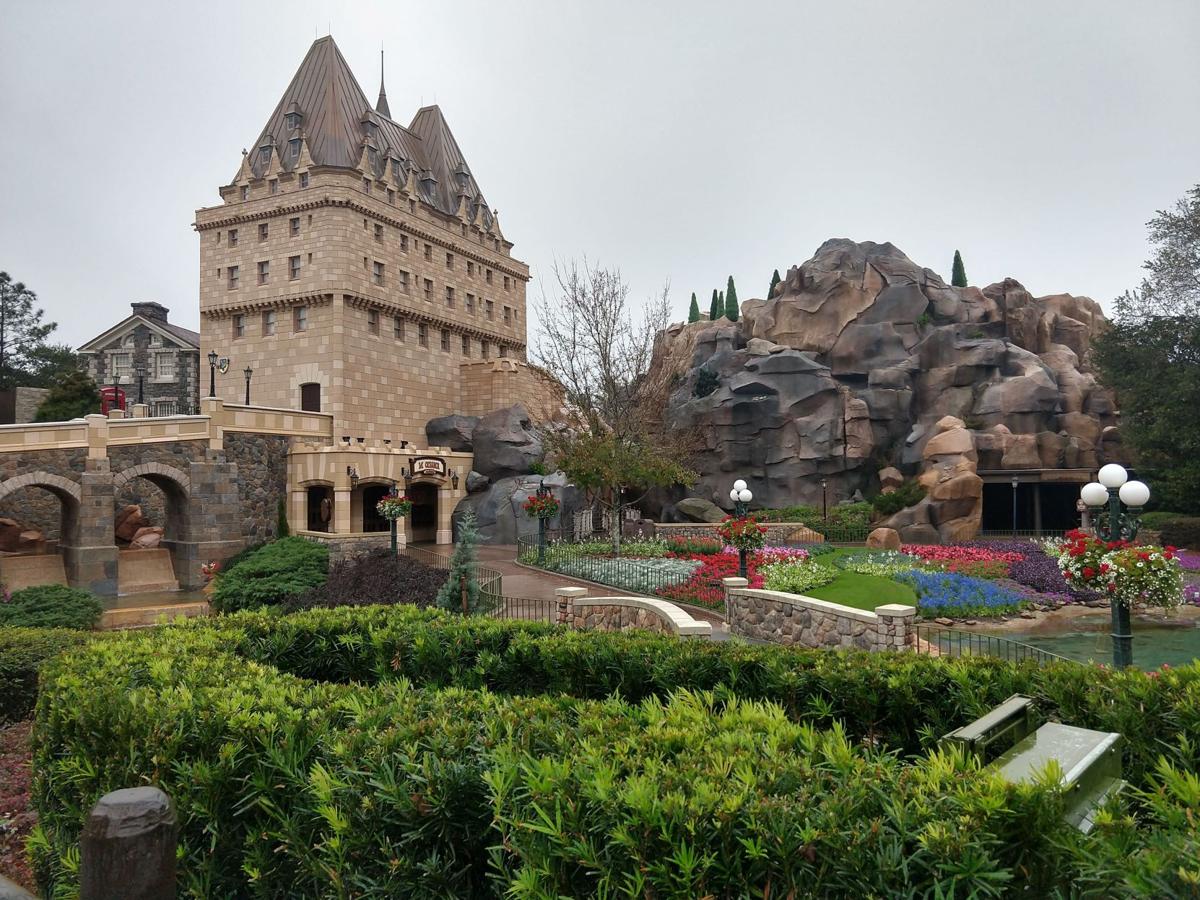 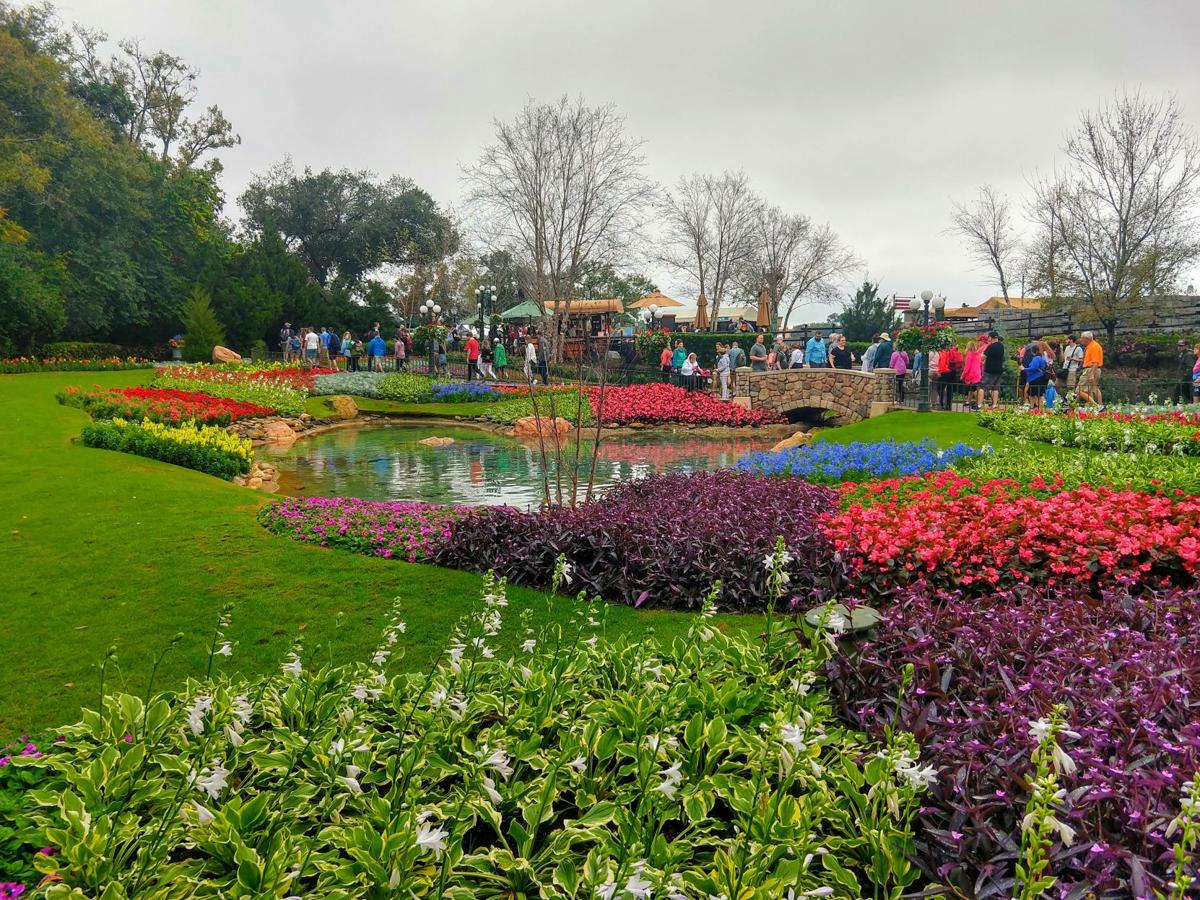 Travel to the beautiful gardens of Epcot in Walt Disney World, Canada from the safety and comfort of your sofa. (Carol Timblin)

With cruise ships idled in ports, few airplanes flying, many hotels shuttered and restaurants offering pick-up and delivery only, travel has come to a near halt because of the spread of coronavirus around the world. During the pandemic people are staying close to home and doing whatever they can to get by. Travel is limited to grocery shopping and medical visits these days, but you can still visit many places around the globe if you engage in an old-fashioned activity called “armchair travel.” All you need are books, movies, videos, music and the internet, plus a little imagination and curiosity. Remember the advice of American writer and world traveler Mark Twain who touted the benefits of travel: “Travel is fatal to prejudice, bigotry and narrow-mindedness, and many of our people need it sorely on these accounts. Broad, wholesome, charitable views of men and things cannot be acquired by vegetating in one little corner of the earth all one’s lifetime.”

The possibilities for travel are endless in 2020, believe it or not! There are thousands of travel books that can be ordered or downloaded if you don’t already have copies in your own personal library. You might start with classics such as Homer’s Odyssey, the story of the legendary Odysseus who traveled for 10 years trying to get home to Greece following the Trojan War. Or browse through The Travels of Marco Polo, written by the Venetian explorer (1254-1324), who spent 17 years working and writing in Asia. Anglophiles may appreciate Geoffrey Chaucer’s Canterbury Tales, a collection of stories (written between 1387 and 1400) about a group of pilgrims on their way to Canterbury Cathedral. (Chaucer’s English is a challenge for most people, so try a modern translation!) And what’s there not to love about Don Quixote, written by Miquel de Cervantes in 1612? Other great reads are Mark Twain’s The Innocents Abroad (1869) and Roughing It (1872), John Steinbeck’s Travels with Charley: In Search of America (1962), Peter Mayle’s Under the Tuscan Sun (1997), Bill Bryson’s Down Under (2000) and many other titles. Also check out current award-winning travel magazines such as Travel + Leisure, Afar, Conde Nast Traveler and National Geographic.

You may also travel vicariously through films such as Casablanca, The African Queen, Out of Africa, Into the Wild, The Secret Life of Walter Mitty, Sideways, Amelie, Up in the Air and The Bucket List. The array of available films is amazing through Amazon Prime and Netflix subscriptions. And let’s not forget “Parts Unknown,” featuring Anthony Bourdain, Rick Steves’ “Europe,” “Gordon Ramsey: Uncharted,” “Globe Trekker,” and other entertaining television shows devoted to travel.

Opportunities for armchair travel abound on the internet, too. Thanks to a partnership between Google Earth and the National Park Service, you can virtually tour 31 national parks, including such treasures as the Grand Canyon, Glacier, Yellowstone, and Yosemite National Parks.

Plus “The Hidden Worlds of National Parks” takes visitors along off-the-beaten-path trails in Kenai Kjorn, Hawaii Volcanoes, Carlsbad Caverns, Bryce Canyon, and the Dry Tortugas. Google Arts & Culture also opens up The British Museum in London, The Rijksmuseum in Amsterdam, Uffizi Galleries in Florence, the Pergamon in Berlin and other great museums of the world. And through Google Maps Treks you can visit some of the world’s most famous landmarks — Machu Picchu in Peru; Christ the Redeemer statue in Rio de Janeiro; the Pyramids of Giza, Egypt; the Eiffel Tower, Paris; Angkor Wat, Cambodia; Taj Mahal, India; Stonehenge, UK; Petra, Jordan; Colosseum, Rome; and Chicha Itza, Mexico. There are also virtual tours of Walt Disney World, as well as virtual rides in the park. Among many other virtual tours available on the internet are the Smithsonian Museum of Natural History, Buckingham Palace and The Louvre. YouTube has virtual tours of Graceland, the home of rock ‘n’ roll legend Elvis Presley; Havana, Cuba; Rome, Italy; and other destinations.

Are you missing live shows and concerts? The Broadway HD website offers 13 different categories of plays — from musicals, to critically acclaimed works to Shakespeare — by subscription. The Globe London continues to livestream Shakespeare plays — “Romeo & Juliet” through May 3; “A Midsummer Night’s Dream,” May 4-17; “The Winter’s Tale,” May 18-31; “The Two Noble Kinsmen,” June 1-14; and “The Merry Wives of Windsor,” June 15-28 (globeplayer.tv). London’s National Theatre also livestreams plays each week (chroniclelive.co.uk). NPR Music has compiled a list of live audio and video streams from around the world, categorized by date and genre, with links to Facebook, Instagram and YouTube, and other streaming platforms. Some require registration or a subscription, but most are free, often with digital tip jars and opportunities to buy music and merchandise (npr.org). If you are missing your friends and family members, you might organize virtual social gatherings via Skype, Facetime, and Zoom.

With schools closed around the country, families are focused on learning at home. A subscription to Little Passports, offering five different levels of learning, adds travel to your lesson plans (littlepassports.com). A number of board games are based around travel. Check out Ticket to Ride, Europe; Monopoly Here & Now, World Edition, Who Knows Where, Flags Around the World, Globe Runner, King of Tokyo, and BACKPACKER, The Ultimate Travel Game. Trip Trivia (triptrivia.com) offers daily geography quizzes online. And get this! J.K. Rowling recently launched a new website that takes Harry Potter fans to the Wizarding World online.

Summer vacationing during this year of social distancing is going to be interesting. Some resort areas are politely asking vacationers to stay where they are until the situation improves, since additional residents put a strain on services. Over the next few months is an ideal time to revise your bucket lists and make travel plans for the future, using travel guides, magazines, and websites.

During this time of isolation, you may also travel through food. Try some recipes from the cookbooks on your bookshelf or whip up dishes that are the subject of numerous television shows. Websites such as food.com, bonappetit.com, allrecipes.com and foodnetwork.com offer a multitude of recipes for anything you might want to cook, including barbecue on the outdoor grill. Often the focus of travel, gardening is another great way to pass the time. If you’re new to the idea, you might plant some herbs and tomatoes, in addition to the flowers, around your patio. It’s amazing what you can grow in pots.

The Eiffel Tower in Paris celebrated its 130th anniversary on March 31. The attraction has welcomed 250 million visitors since it was built in 1889.

“The journey’s the thing.” — Homer

I did not write half of what I saw, for I knew I would not be believed” — Marco Polo

“Travel is about the gorgeous feeling of teetering in the unknown.” — Anthony Bourdain