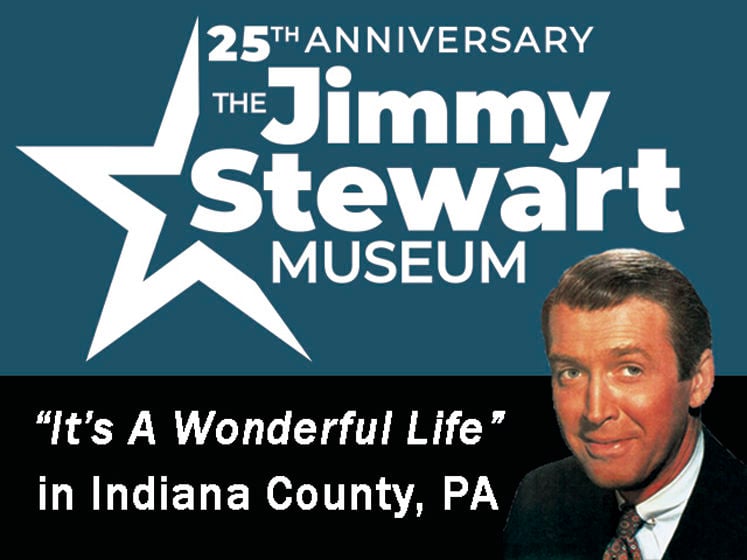 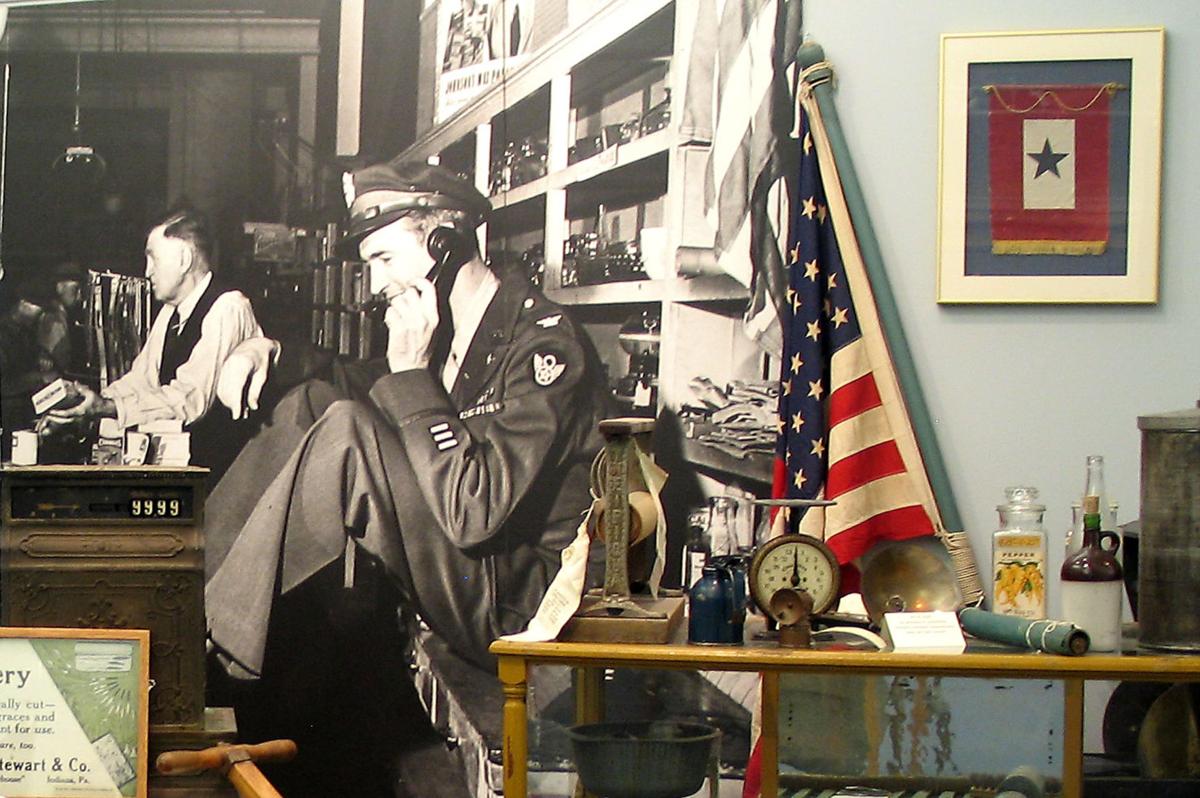 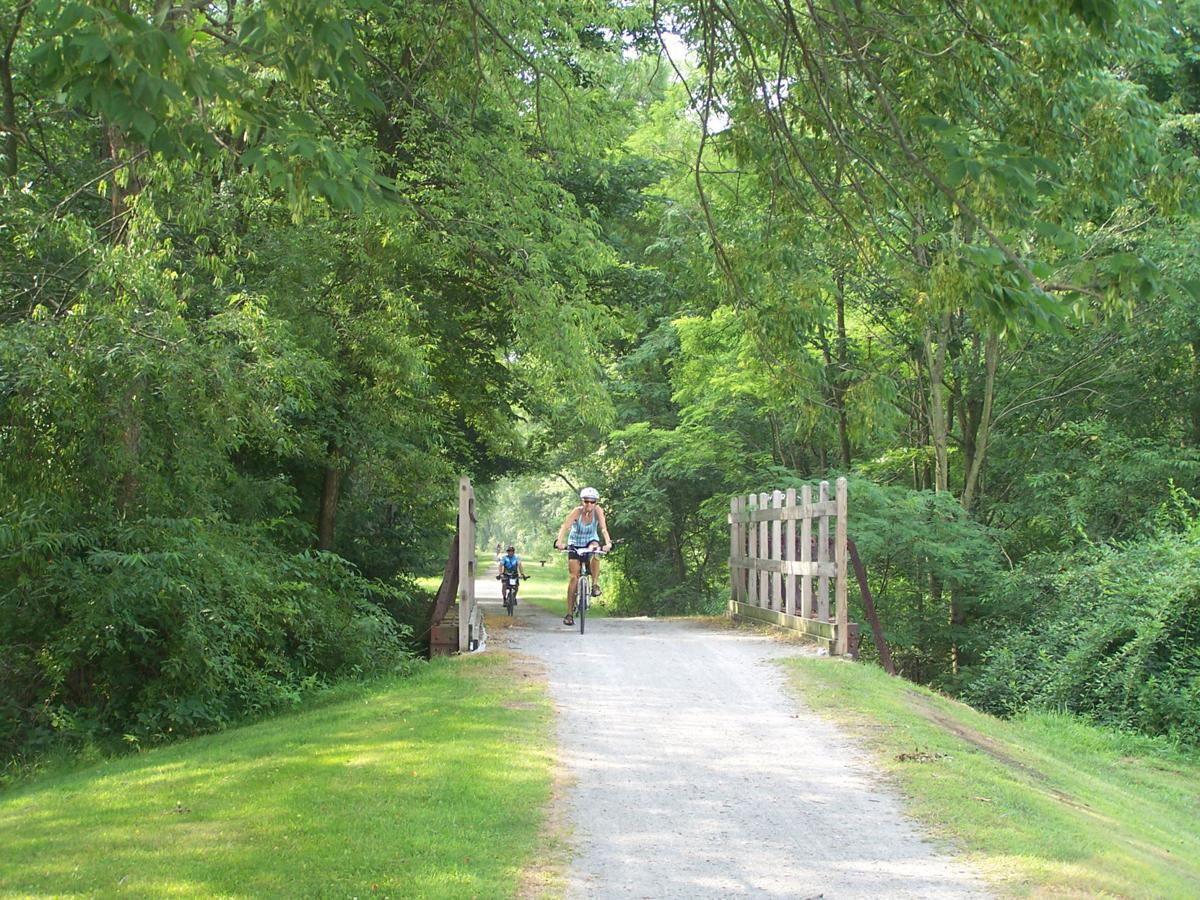 Complete a quick loop or make a whole day trip out of the Ghost Town Trail, named Pennsylvania's best trail for 2020. 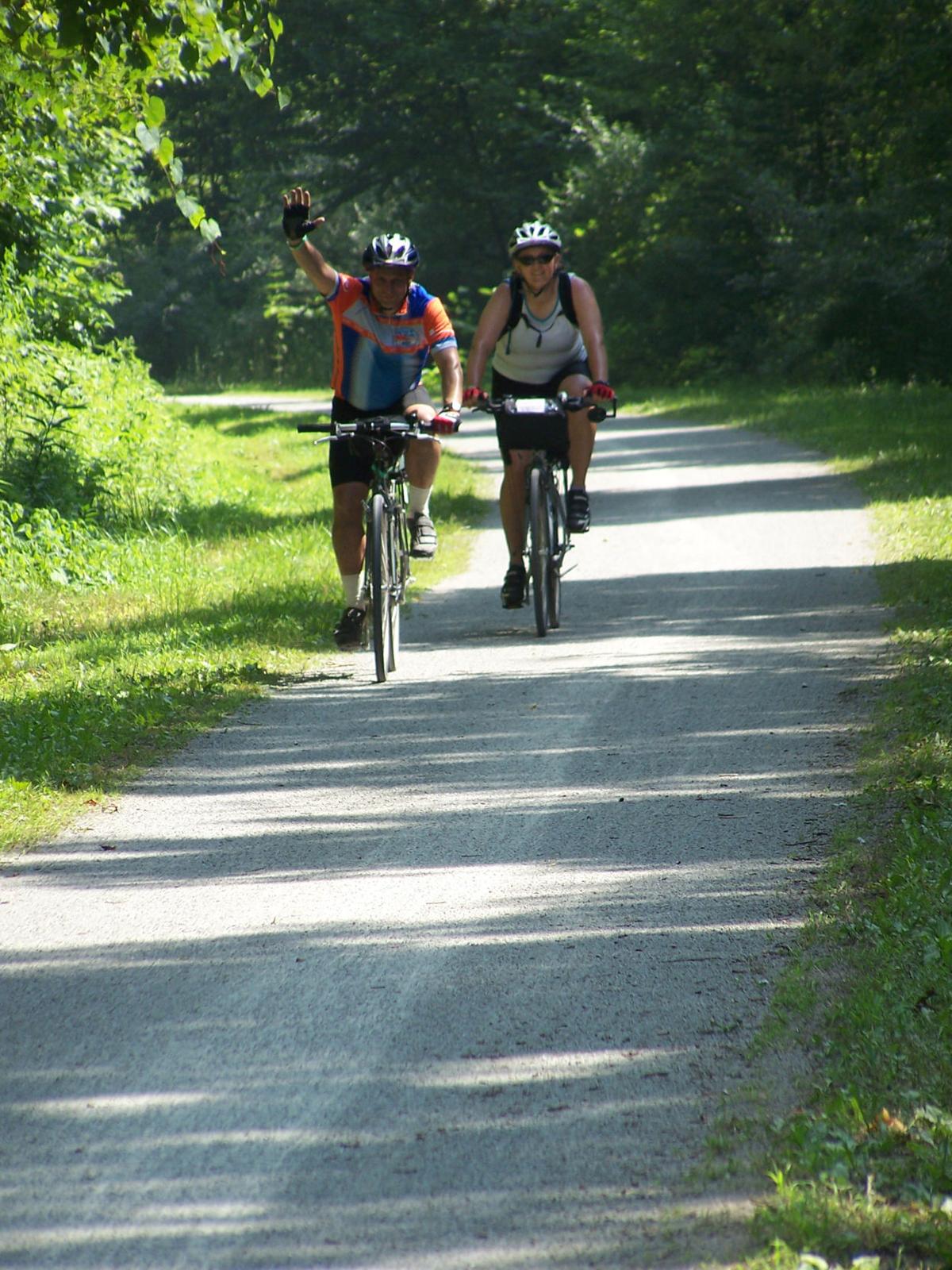 Complete a quick loop or make a whole day trip out of the Ghost Town Trail, named Pennsylvania's best trail for 2020.

It’s a wonderful life in Indiana, Pennsylvania, hometown of Jimmy Stewart, the legendary actor of It’s a Wonderful Life and other classic movies.

Indiana is the archetypal friendly small town in the foothills of the Allegheny Mountains four hours northwest of Washington D.C. Plus it boasts a Jimmy Stewart Museum and the 2020 Pennsylvania Trail of the Year, the 46-mile Ghost Town Rail Trail.

In his long career, actor Jimmy Stewart appeared in more than 80 films, including Mr. Smith Goes to Washington, and The Philadelphia Story, for which he won the Academy Award for Best Actor in 1941. This town loves Stewart. A bronze statue of Stewart stands on the courthouse lawn and the local Noble Stein brewery offers a special pilsner in Stewart’s honor, “Hometown Hero.” You’ll even hear Jimmy’s voice at street corners, telling you when the walk signal is on, but to take your time.

Upon entering the Stewart museum, visitors are greeted by a life-size replica of Harvey, the invisible rabbit friend Stewart’s character brought to life in the film of the same name. From there, visitors can stroll through seven galleries full of memorabilia from Stewart’s life, including his Indiana boyhood, his years as a military fighter pilot, his Hollywood life, his radio career and all his westerns.

During the pandemic, which happened to coincide with the museum’s 25th anniversary and Stewart’s 112th birthday, the museum reorganized and added several exciting new exhibits, which are now open Wednesday through Sunday. Museum director Janie McKirgan calls the redesigned space a new museum, with new focuses. But one thing remains the same: guests (carefully distanced) can still watch Stewart films daily in the museum’s plush, 1930s movie theater.

With more than 12,000 miles of trails in Pennsylvania, picking Pennsylvania's best was a difficult job. But this year the honor went to the Ghost Town Trail meandering along an old rail route between Indiana and Cambria counties in west central Pennsylvania. The 46-mile trail derived its name from the remains of eight mining towns — and Buela, an early Welsh settlement — that once existed along the railroad line.

Now hikers and bikers pass by the remnants of these burghs -- old coal-loading tipples, rusting coal cars, and other skeletons of industrial history. The most photographed landmarks are the Buena Vista and Eliza Furnaces, three-story stone pyramids that rise out of the earth like ancient temples, but were actually used to produce iron from ore. In addition to ghost towns and historic sites, the trail also passes beautiful natural areas such as the Blacklick Creek Valley, home to mountain streams, woodlands and fields of wildflowers.

Recently marking its 25th birthday, Ghost Town Trail needs only 5.5 miles to complete a loop, which would make it the first continuous ring of rail trail in the eastern U.S. Already people around the country are praising this crushed limestone path, and it was ranked seventh on the “Best Hiking Trails in the United States” list by American Towns Media a few years ago.

“Indiana County is a destination for family fun,” said Denise Liggett, executive director of Indiana County Tourist Bureau. “Outdoor recreation abounds with our 64 miles of trails, boating, stand-up boarding, kayaking and fishing. From our Amish community of Smicksburg to our many local specialty shops, you can find hand- crafted and art items.”

For information and trip planning assistance, visit visitindianacountypa.org or call (724) 463-7505. For more information on The Ghost Town Trail including an interactive guidebook, see indianacountyparks.org.