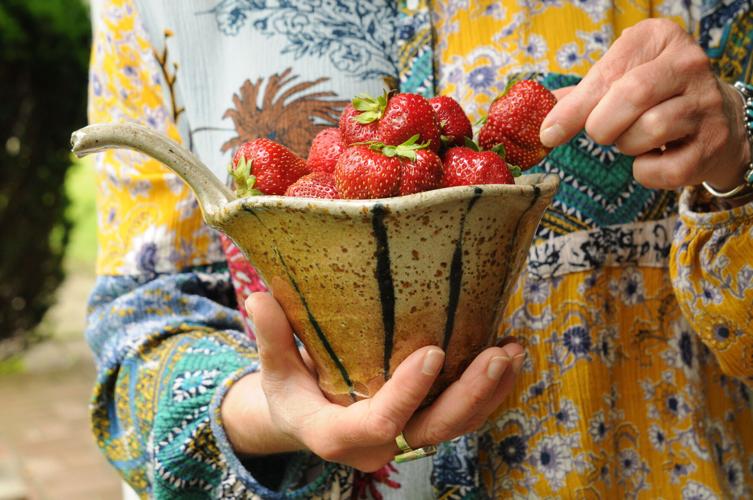 Seriously, wouldn’t fresh fruit taste better if served in a handmade bowl? This one, crafted by hand and meant to be used, is a creation of the Highfield Pottery in Cascade. 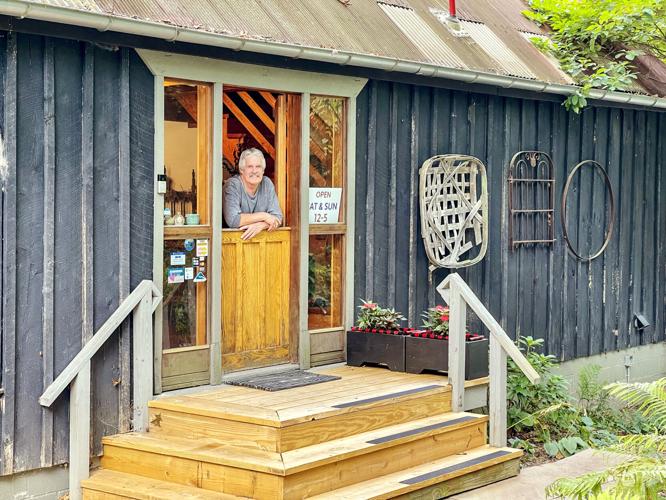 Come on in: Bill Van der Gilder is one of 10 potters opening the doors of their studios, each of which is featured on a newly established Pottery Trail. 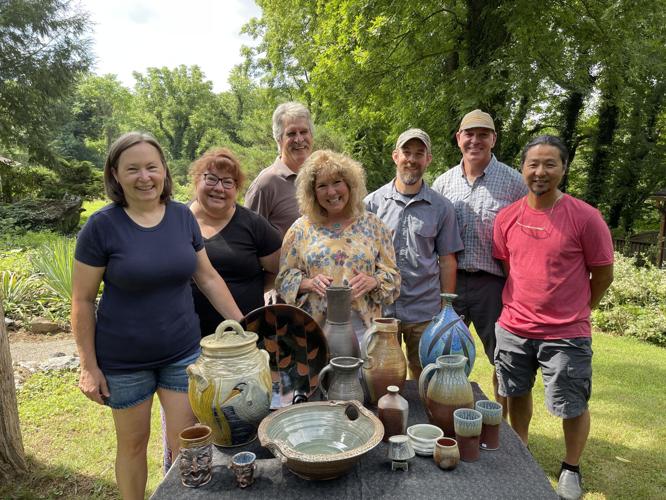 What happens when 10 like-minded professional potters living in Maryland’s Washington County get together? Inspired by Kirke Martin, second from the right, they organize a Pottery Tour. 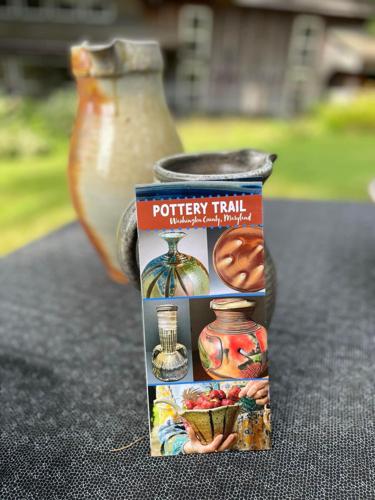 Essential reading: This trifold guide is chock full of pertinent information (specialties, hours of operation, addresses) supplied by those professional potters who have banded together in Washington County to form a unique trail.

Think trails in Washington County, and you might reach for your hiking boots and embark on an outdoor adventure.

On the other hand, if sipping and savoring wines, brews, and spirits is more your style, you could consult this Western Maryland county’s “Grapes and Grains Guide” for some suggestions.

But now there’s another option, the brand-new Pottery Trail of Washington County, which offers a unique opportunity to meet with local working artisans in their studios and purchase their wares.

One of a trickling of such trails in the country, the Pottery Trail includes 10 local potters who are opening the doors of their studios to visitors on a year-round basis.

Encompassing Cascade to Gapland, Hagerstown to Smithsburg, and points in between, some studios are open every day, while others are by appointment only.

For visitors to the area, which is located along the South Mountain Corridor, this provides yet another reason to embark on a doable road trip, interspersed with an overnight stay at a B&B, according to Dan Spedden.

As president of Visit Hagerstown, Spedden is particularly enthused with this new tourism offering. The result of a grassroots initiative, this is a project that came together “from concept to completion in only nine weeks.”

Pointing out that a cooperative endeavor of this sort is typical of the area, he added, “This is why I love this trail.”

The idea to form such a trail originated with Kirke Martin, a Tennessee native and potter who settled in the area nearly 20 years ago, in large part due to its beautiful rolling hills, scenic rivers, and quaint small towns.

“The reality is that Washington County is full of artists,” he noted. Having the idea to organize potters, he reached out and ultimately identified nine others who were willing to work together.

As an aside, Martin suggested that artists who would participate in something like this are certainly of a giving nature.

A diverse group, there are a few threads that the potters have in common. Like Martin, who can be found at M4 Studios and Gallery in Keedysville, all are professional potters.

Although they are personally cohesive, the wares they produce represent a “huge range” of glazes, finishes, and firing processes.

Among their final products are functional items as well as sculptural pieces. Quite simply, as Martin stated, “We don’t make the same thing.”

As for those wishing to follow the trail, the best way to begin is to secure a copy of the trifold trail brochure, which includes addresses, hours of operation, and contact information.

Martin, for instance, maintains what he calls a “roadside gallery,” where enthusiasts can take home a bit of his work and pay for it on the honor system.

Best of all is the fact that, although there are 10 trail participants at this point, Spedden hopes that other potters will soon join the group and thereby be included in the second printing of the brochure.

Some things, even a global pandemic cannot stop!