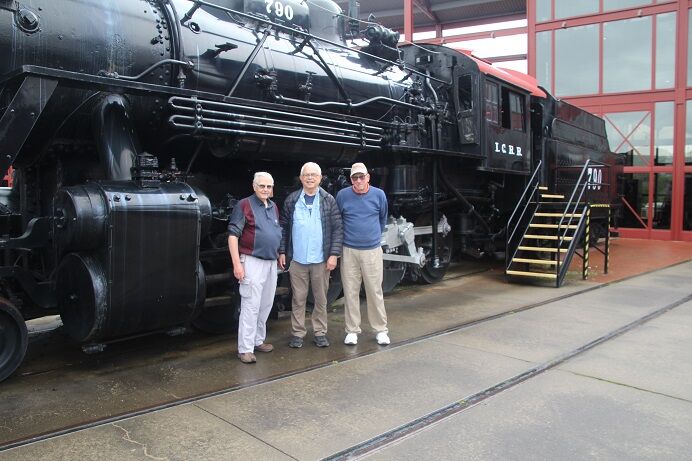 Bob Mott, Frank Gourley and John Carter pose in front of one of the locomotives on display at Steamtown National Historic Site./Frank Gourley 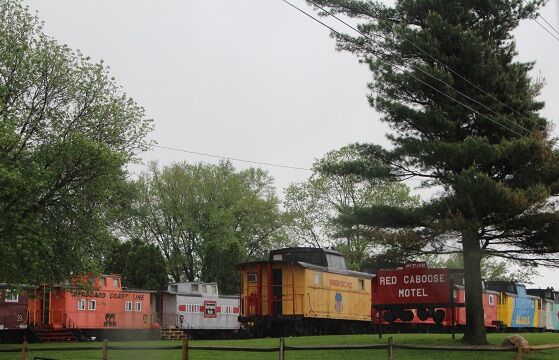 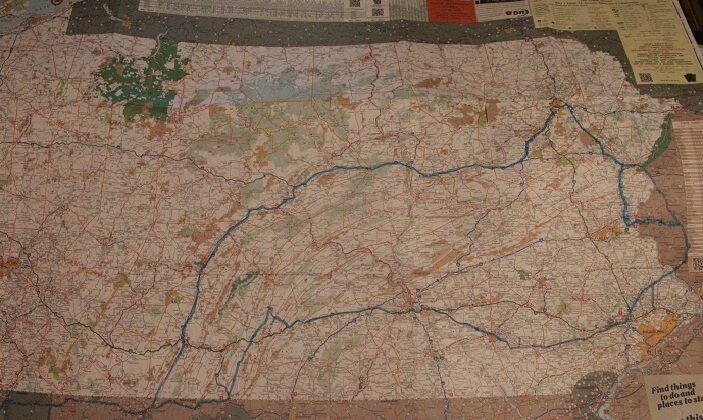 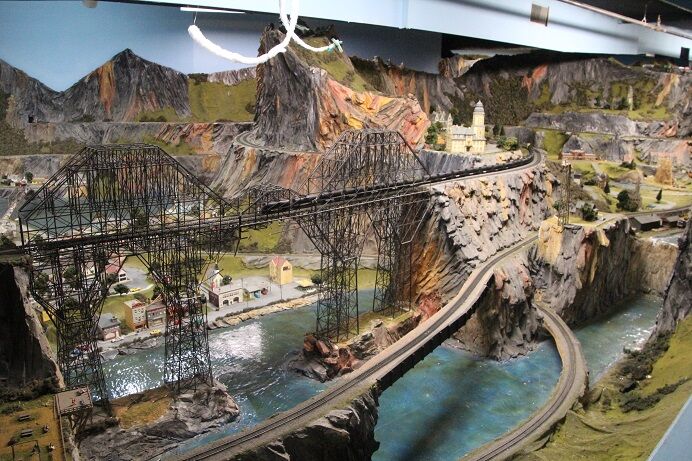 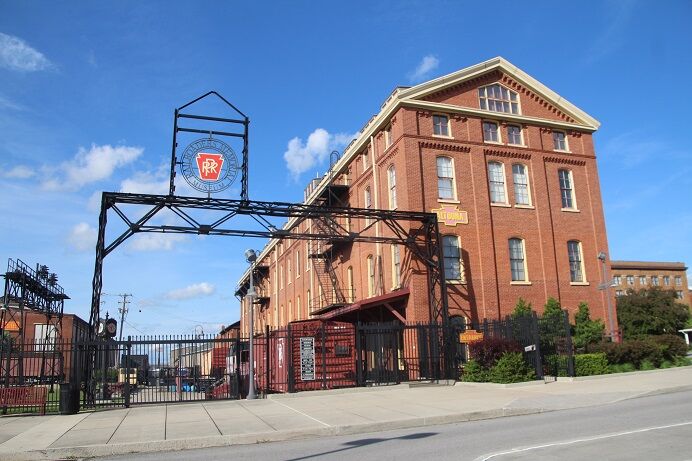 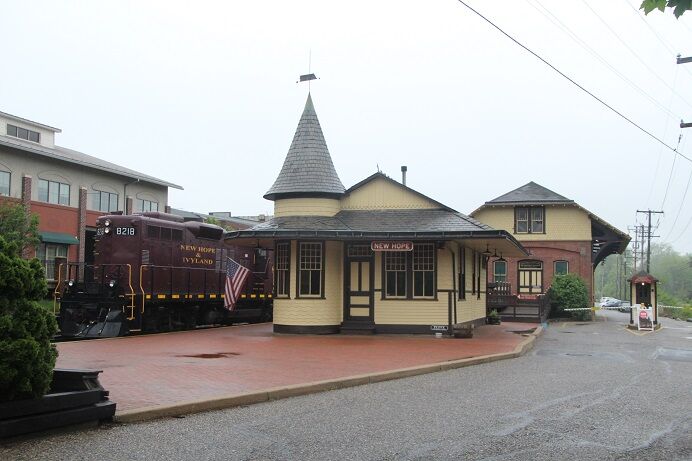 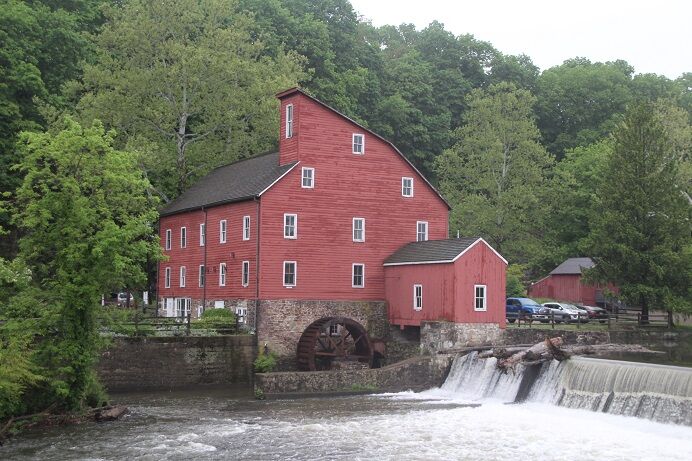 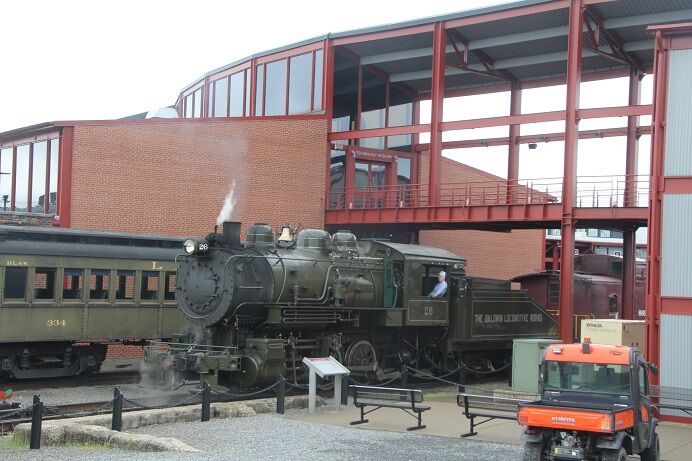 Bob Mott, Frank Gourley and John Carter pose in front of one of the locomotives on display at Steamtown National Historic Site./Frank Gourley

What happens when three train buffs get together? More than likely, they engage in “train talk!”

They talk about trips they have taken and trips on their bucket list. They may also talk about train museums, train movies and videos, train books and magazines. They may even take a train adventure together.

That’s what Frank Gourley, John Carter and Bob Mott did when they met up in Charleston, West Virginia, a few years ago. During their 1,400-mile adventure over a four-day period, the trio marveled at rolling stock, inspected train exhibits at museums (featuring everything from model trains to real engines), rode restored trains and checked out restaurants and hotels themed around trains. They also took time to visit attractions not necessarily associated with trains in the areas they visited.

On the first day of the trip, they stopped for lunch at Penn Alps Restaurant established by the late Alta Schrock in the 1950s at Little Crossings, Grantsville, Maryland. Formerly a stagecoach stop, the site survives as the last hospitality house for travelers on the National Pike. It is surrounded by a fascinating village devoted to heritage crafts that span two centuries (pennalps.com). The travelers spent the afternoon of the first day visiting the facilities of the historic East Broad Top Narrow Gauge Trolley Museum, the subject of a narrow-gauge railroad in Rockhill Furnace, Pennsylvania. Efforts are underway to put this railroad back in operation this summer.

There is also a trolley museum housed in a historic building on the property (rockhilltrolley.org). That night they slept in one of the refurbished railroad cars that make up the Red Caboose Motel in Ronks, Pennsylvania (redcaboosemotel.com)

They devoted several hours on the second day to the Strasburg Steam Railroad and the Railroad Museum of Pennsylvania in Strasburg. Chartered in 1832, the Strasburg Railroad is the oldest operating railroad in America. It has five authentic steam engines that still run and 20 operating passenger cars, including the President’s Car, First Class Parlor Car, First Class Lounge and Dining Car. Visitors have the option of a 45-minute ride through the heart of Amish country to Paradise (strasburgrailroad.com).

Their next stop was New Hope & Ivyland Railroad, a steam and diesel station located in New Hope. When excursions return this spring, passengers may ride through the hills and valleys of Bucks County over tracks laid in 1891 by the North-East Pennsylvania Railroad (newhoperailroad.com).

Next, they spent time at NorthlandZ, one of the world’s largest railroad miniature model railroad attractions, located near Flemington, New Jersey. Various scenes on the layout may be observed from a mile-long walkthrough in a 52,000-square-foot building. They stopped in Clinton, New Jersey, to shop and see the Red Mill Museum Village, made up of 12 buildings filled with artifacts that tell the social, agricultural and industrial heritage of the area (visitclintonnj.com).

On the third day of their train adventure the trio headed for the Steamtown National Historic Site, established in 1986 in Scranton, Pennsylvania, President Joe Biden’s hometown. The railroad museum and heritage railroad occupy the site of the Delaware, Lackawanna and Western Railroad Yard-Dickson Manufacturing Company and includes the surviving parts of the 1902 DL&W Scranton roundhouse and locomotive repair shop. Exhibits focus on steam railroads in the US and Pennsylvania (1850-1950), and the rolling stock includes a number of large steam locomotives, DL&W freight cars, plus passenger cars from other lines (nps.gov).

Their next stop was The Railroaders Museum in Altoona. It is near Norfolk Southern’s Mechanical Services Department, formerly known as the Juniata Shops (railroadcity.org). Nearby is the famous Horseshoe Curve, known to all railroad buffs. Completed in 1854 to lessen the grade to the summit of the Allegheny Mountains, the curve was considered one of the eight engineering marvels of the world, becoming a National Historic Site in 1966.

The last stop on the fourth and last day of the tour was the Western Maryland Railroad Station, located at the terminus of the C&O Canal. It was built in 1913 and used by the railway until 1976. Today it houses a museum, a visitors center for the C&O Canal National Historic Park and offices for Canal Place Preservation and Development Authority and the Western Maryland Scenic Railroad. Railroad preservationists completed the restoration of Baldwin Engine No. 1309 at the end of 2020. When it begins regular operation at WMSR, it will be the only articulated rod engine and the largest steam power in the East (wmsr.com).

“This trip was one big loop that touched on a variety of railroading interests,” said Frank Gourley. “Anyone within a five-hour drive of the loop could repeat our trip in a four-day period.”

The trip could be expanded over the period of a week, depending on how much time a person or group wanted to spend at any of the venues and whether they wanted to add to any of the places mentioned.

“We had a great time!” he said. “The places were really interesting; the museums and exhibits were well done. We felt we really got our money’s worth.”

More Train Experiences in the Mid-Atlantic

Depending on one’s interest, the itinerary might include other sites such as The Joseph R. Biden Jr. Railroad Station in Wilmington, named for the 46th President in 2011 after he rode Amtrak to DC for 36 years while serving in the U.S. Senate (visitwilmingtonde.com); Union Station in Washington, a grand railroad station dating to 1908 that serves as a bustling train hub, with shopping and dining options (unionstationdc.com); the B&O Railroad Museum in Baltimore, where American railroading was born in 1829, featuring collections of 19th and 20th century railroad artifacts, including 250 pieces of rolling stock (borail.org); the Virginia Museum of Transportation Museum and the O. Winston Link Museum in Roanoke, the original headquarters of the Norfolk & Western Railroad, featuring numerous railroad exhibits and 50 pieces of rolling stock (vmt.org); Cass Scenic Railroad State Park in Cass, West Virginia, an original lumbering town, where the Durbin Greenbrier Railroad operates scenic trains to Whittaker Station and 4,845-foot Bald Knob (wvstateparks.com, mountainrailwv.com).

The Durango and Silverton Railroad Narrow Gauge Railroad, also owned and operated by American Heritage Railways, has been running trains from Durango to Silverton, Colorado. (a distance of 45 miles) since 1881. Visitors also enjoy the train museum on site (durangotrain.com).

The Cumbres and Toltec Railroad, a narrow-gauge railroad which dates to 1880, runs scenic excursions between Antonio, Colorado, and Chama, New Mexico (cumbrestoltec.com).

If you want to see the Canadian Rockies, book a trip on the Rocky Mountaineer (rockymountaineer.com).

A number of travel companies offer packages with an Amtrak option. Vacations by Rail (vacationsbyrail.com) has a plethora of rail packages, including several linked to Amtrak, but it also lists train adventures that go all over the world. Insight Vacations (insightvacations.com) is also a good option that offers travel in the United States and Canada, as well as in countries around the globe.