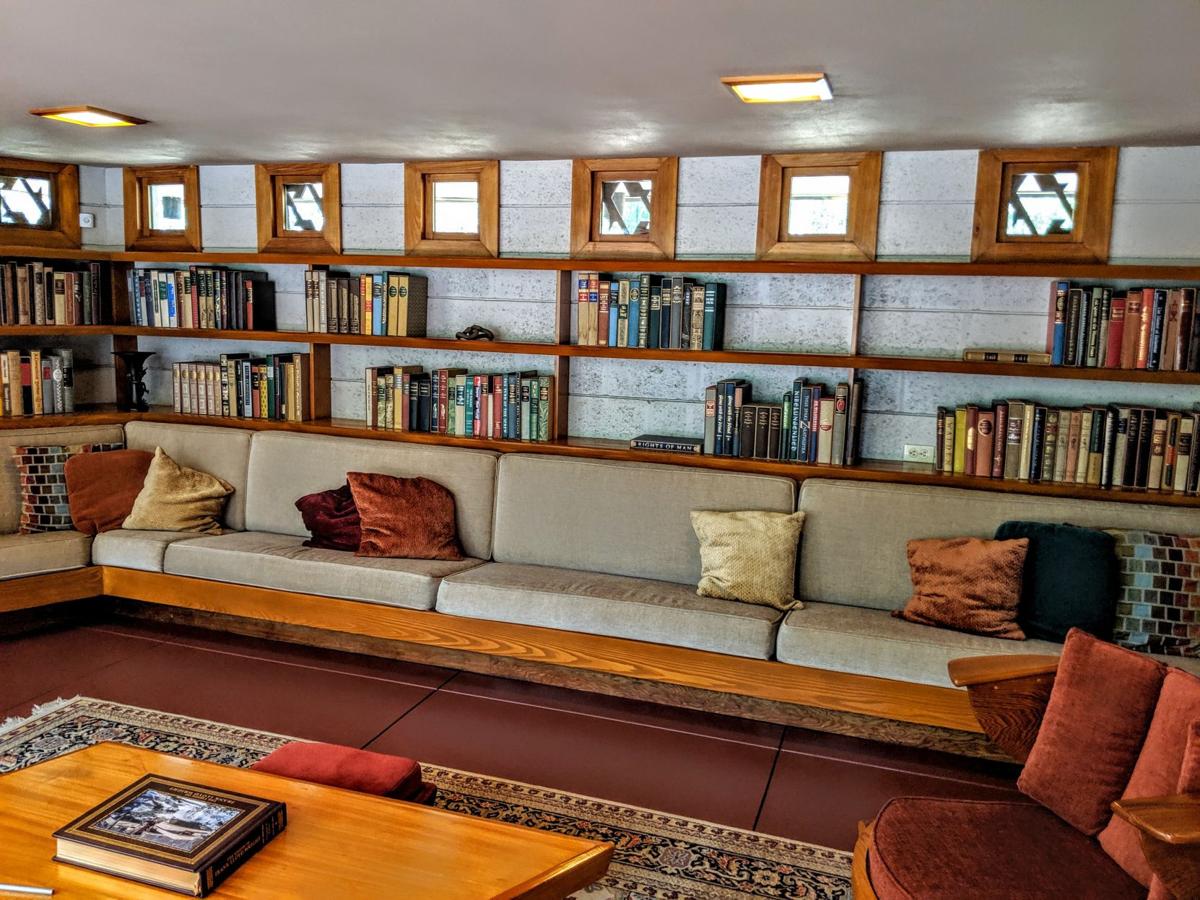 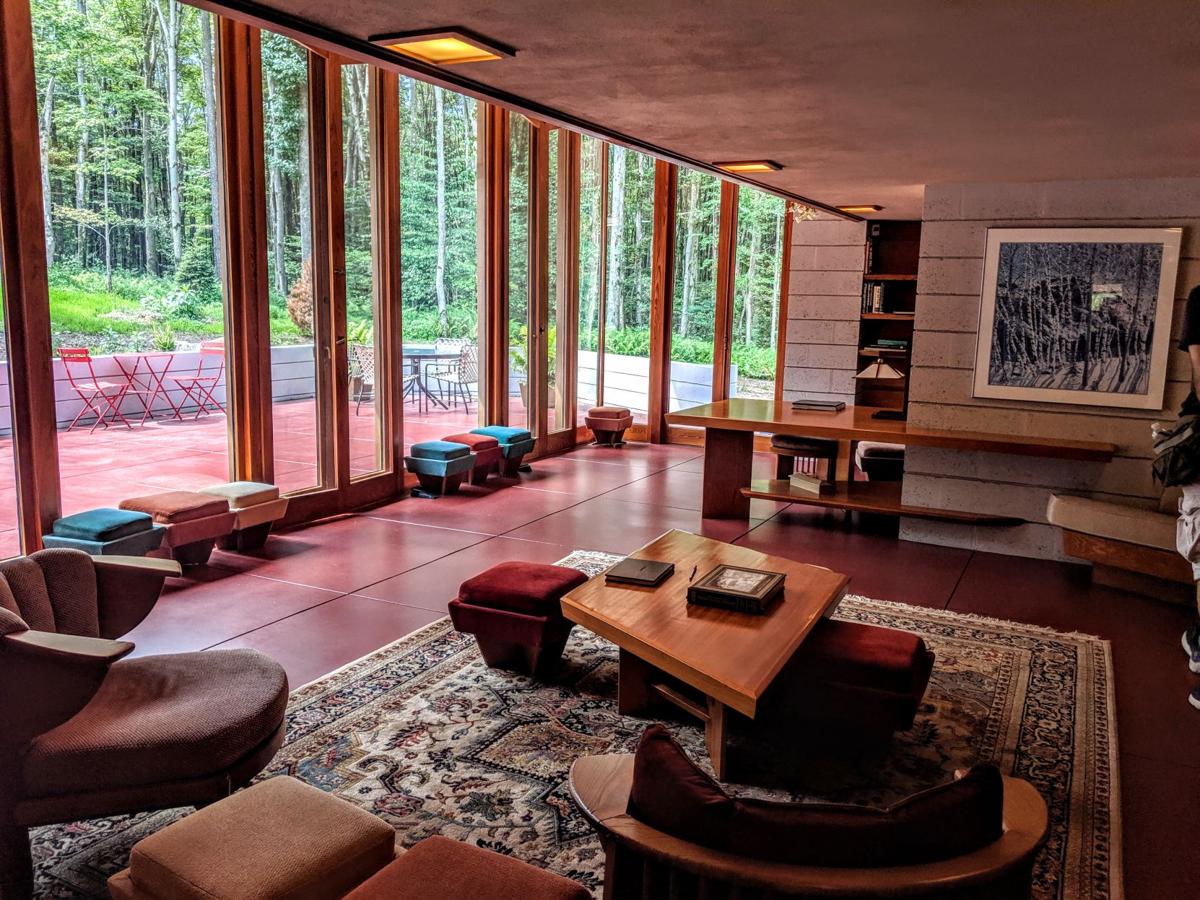 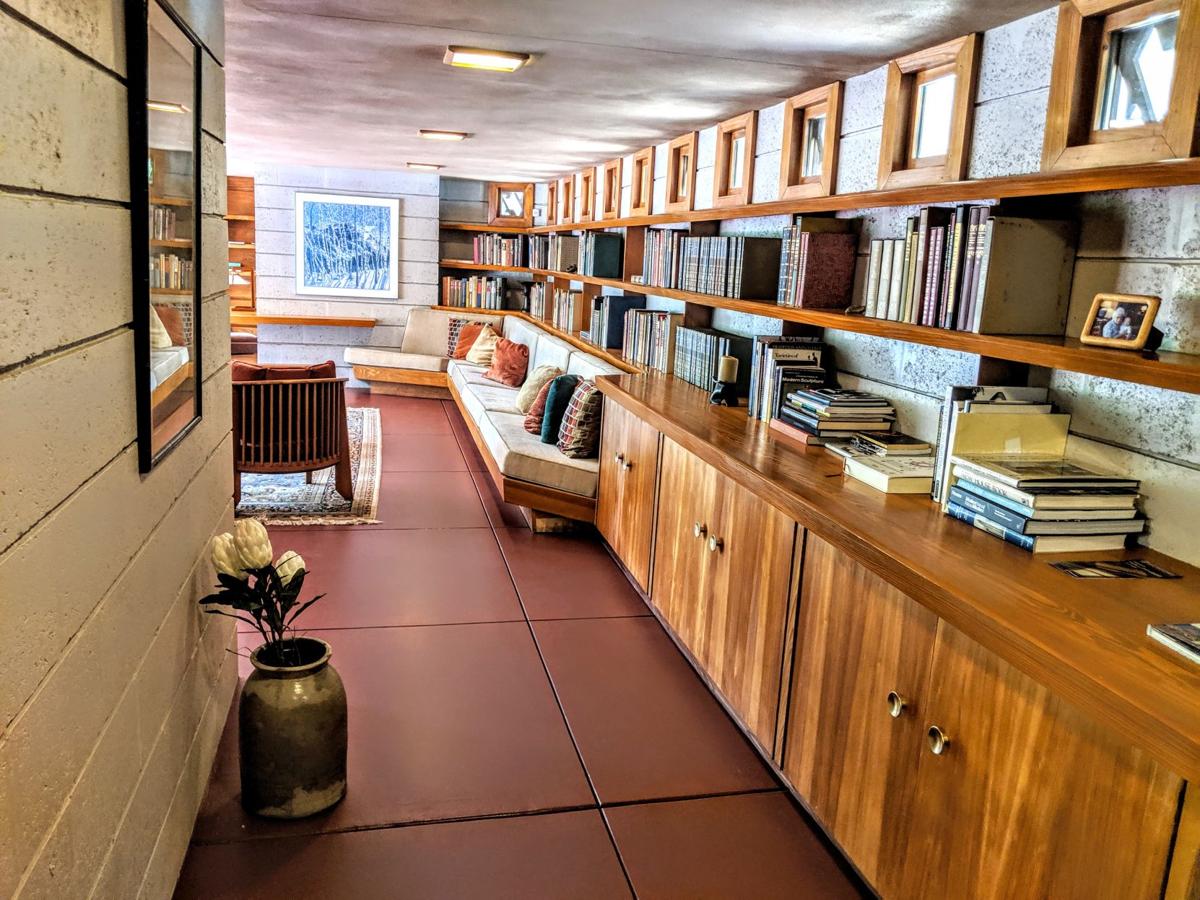 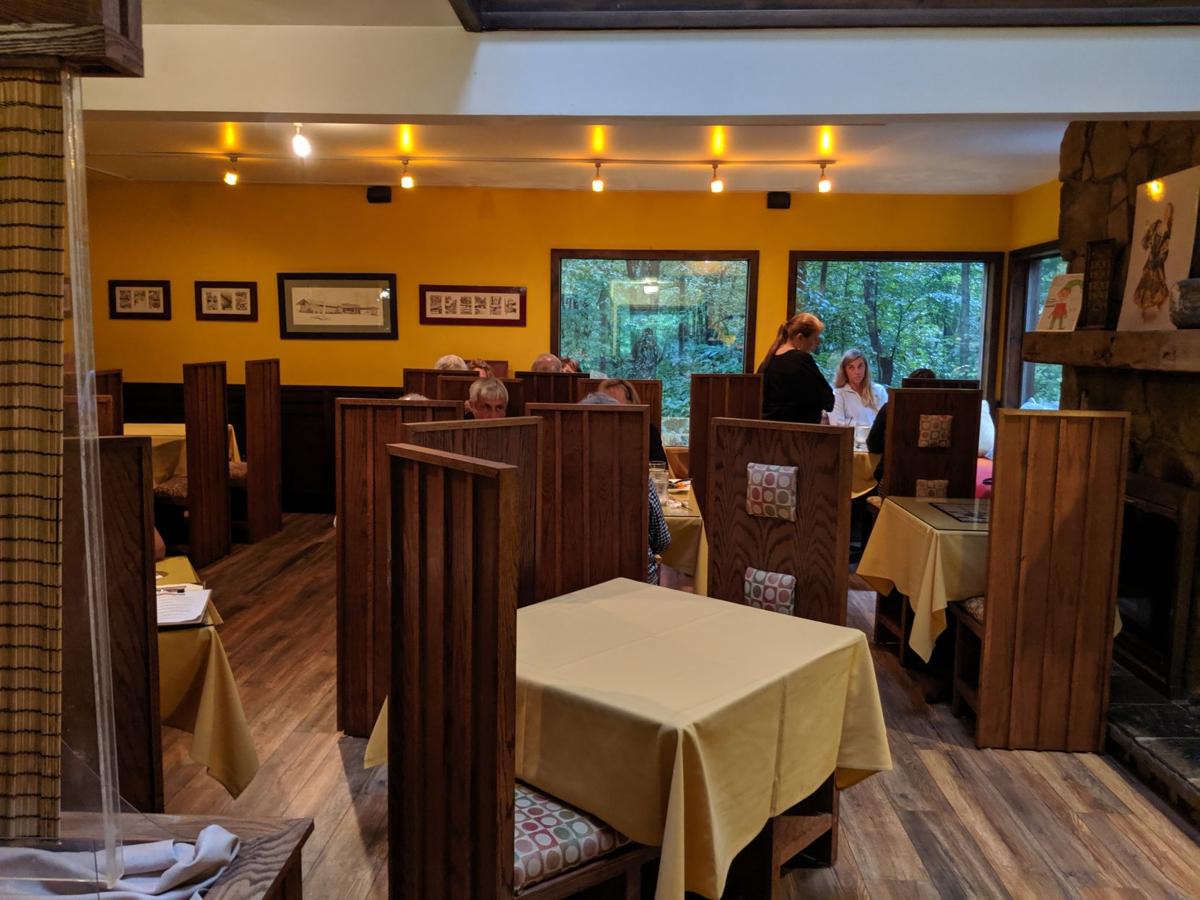 Dine among the pines at Treetops restaurant, located on the Polymath Park property. (Stephanie Kalina-Metzger)

Spring is a great time to take a road trip to the Laurel Highlands where the journey is almost as interesting as the destination. The winding roads, tidy farms and sun-dappled woodlands are a wonderful reminder of the beauty of Pennsylvania.

What awaits at the end of the trip is no less inspiring for those who are Frank Lloyd Wright enthusiasts. The labor of love known as Polymath Park located in Acme beckons visitors to learn more about the famous architect and his simple, stylish houses, deemed Usonian and designed especially for the American middle class.

You could say that Frank Lloyd Wright’s career path began in the womb. Word has it that his pregnant mother declared that he’d grow up and build beautiful structures. She even decorated the nursery with engravings of English cathedrals to inspire him. (Another interesting fact is that Frank’s son patented the Lincoln Log.)

Some of Wright’s more famous creations include the Guggenheim Museum in New York City and Fallingwater in southwestern Pennsylvania.

Tom and Heather Papinchak are the husband-and-wife team behind Polymath Park. The couple moved into a home on the property in the year 2000 and lived there until 2008, when they decided to transform the structure into a full-service restaurant called TREETOPS for guests of Polymath Park.

Polymath Park began taking shape back in 2003 when the Papinchaks had the opportunity to purchase two nearby homes and the 130-acres surrounding them. The dwellings were in danger of demolition and the land eyed for development. The couple jumped at the chance to save the houses that belonged to the Balter and Blum families of Pittsburgh, especially when they learned that they were designed by Peter Berndston, a protegee of Frank Lloyd Wright. Tom’s background in design and construction soon came in handy as his hobby blossomed into a passion.

In 2006, the couple decided to move a Frank Lloyd Wright original onto the property. The Papinchaks learned that the Duncan House had been moved from Lisle, Illinois, to Johnstown, Pennsylvania, by a group of investors who intended to rebuild it and develop a botanical garden. When the deal fell through, the structure made its way to the Papinchak’s Polymath Park.

A decade later, the couple was ready to embark upon another ambitious endeavor, moving yet another Wright original that was in danger of demolition. The structure, known as Mantyla, Finnish for “among the pines,” was built in the 1950s in Cloquet, Minnesota, for Ray and Emmy Lindholm. The house was listed for sale for almost a decade and sat empty for two years before Peter and Julene McKinney donated the structure to Usonian Preservation, Inc., the non-profit group that is associated with Polymath Park. Everything was numbered and disassembled except for the concrete blocks, floor slab and roof rafters. The project was no small feat and clocked in at about 9,000 hours. Peter McKinney, grandson to the Lindholms, said that he is pleased that the public will be able to enjoy the structure and both he and his wife attended the grand opening in Acme on April 29, 2019. “Without passion, we would not have been able to complete the job. There were many people involved,” said Papinchak.

The Papinchaks recently saved another Wright structure. Birdwing, built by Frank Lloyd Wright, Jr., was disassembled at its location in Minnesota last year and transported to Acme to be reconstructed.

“It’s a mesmerizing structure, with so many traits of Frank Lloyd Wright — the large prows, angles and overall plan,” said Papinchak, who initially eyed a 2020 date for the reconstruction. “With everything going on now, we’re not sure exactly when the project will be finished, but we are excited to begin rebuilding as soon as possible,” said Heather.

Guests who visit Polymath Park can take a tour of three houses: the Duncan House, Mantyla, (both Wright originals), and the Balter House designed by Wright’s apprentice. The hour-long tour takes visitors through the homes while a guide explains in detail Wright’s vision for each and the stories behind the preservation of the structures.

Guests can also enjoy lunch or dinner at Treetops, the onsite restaurant nestled among the trees at Polymath. If the weather is nice, the outside deck is a lovely place to enjoy creatively plated and skillfully dishes crafted with locally sourced ingredients. Those who crave a more immersive Wright experience can opt to stay overnight at any of the four houses.

Polymath Park is located at 187 Evergreen Lane, Acme, Pa. Reservations for TreeTops dining, tours and overnight accommodations can be made at their website at franklloydwrightovernight.net.