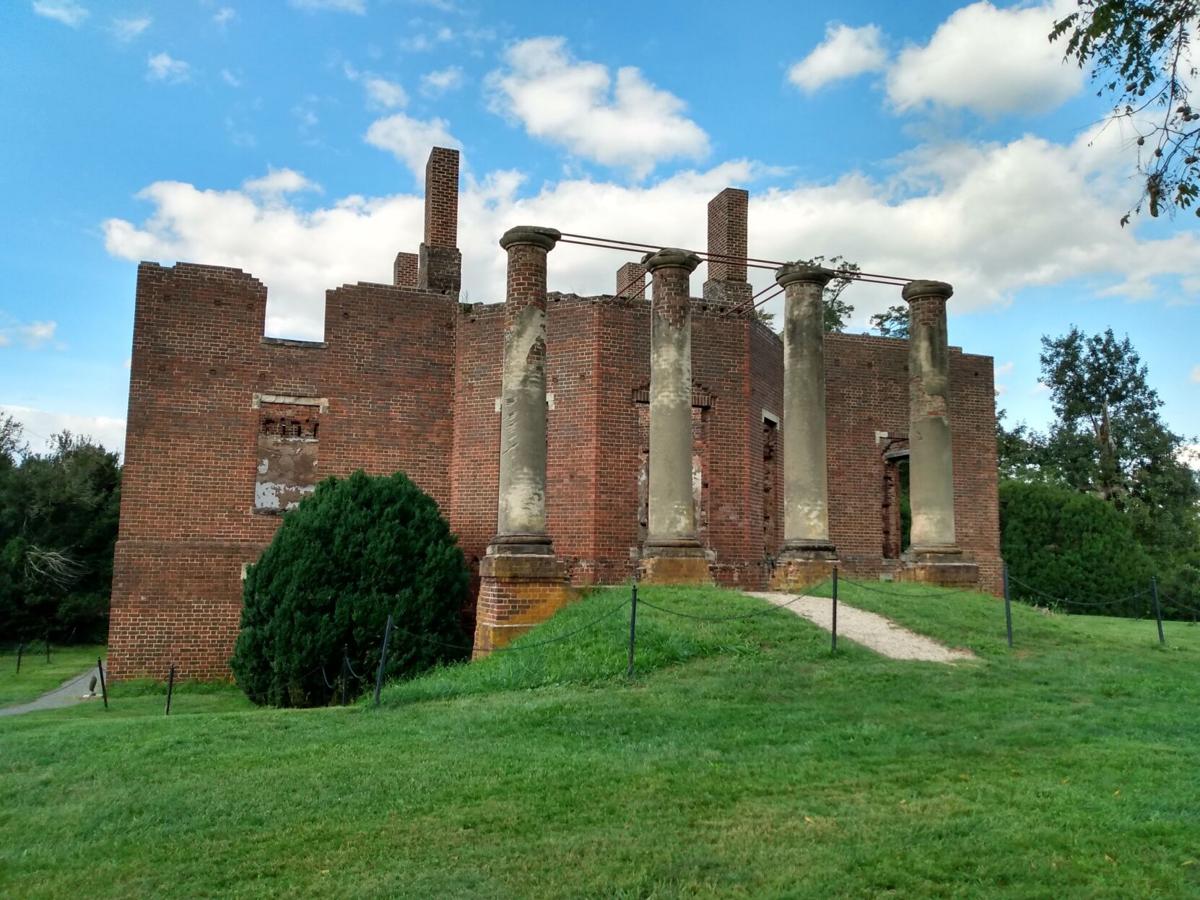 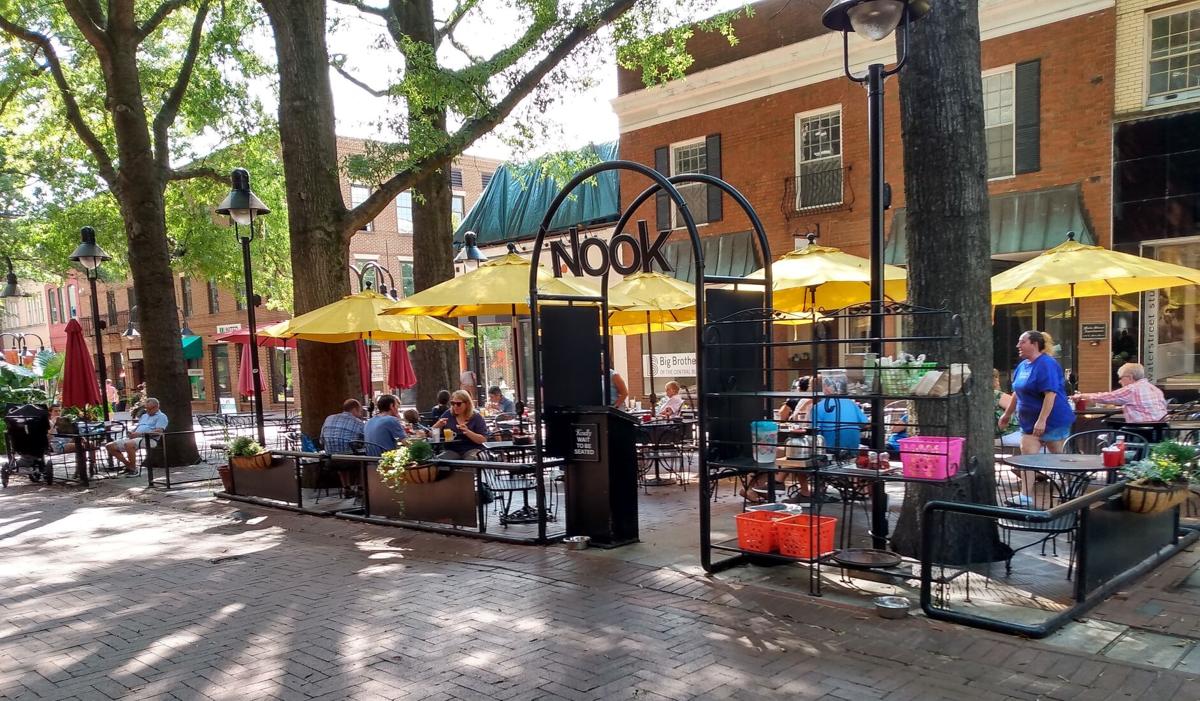 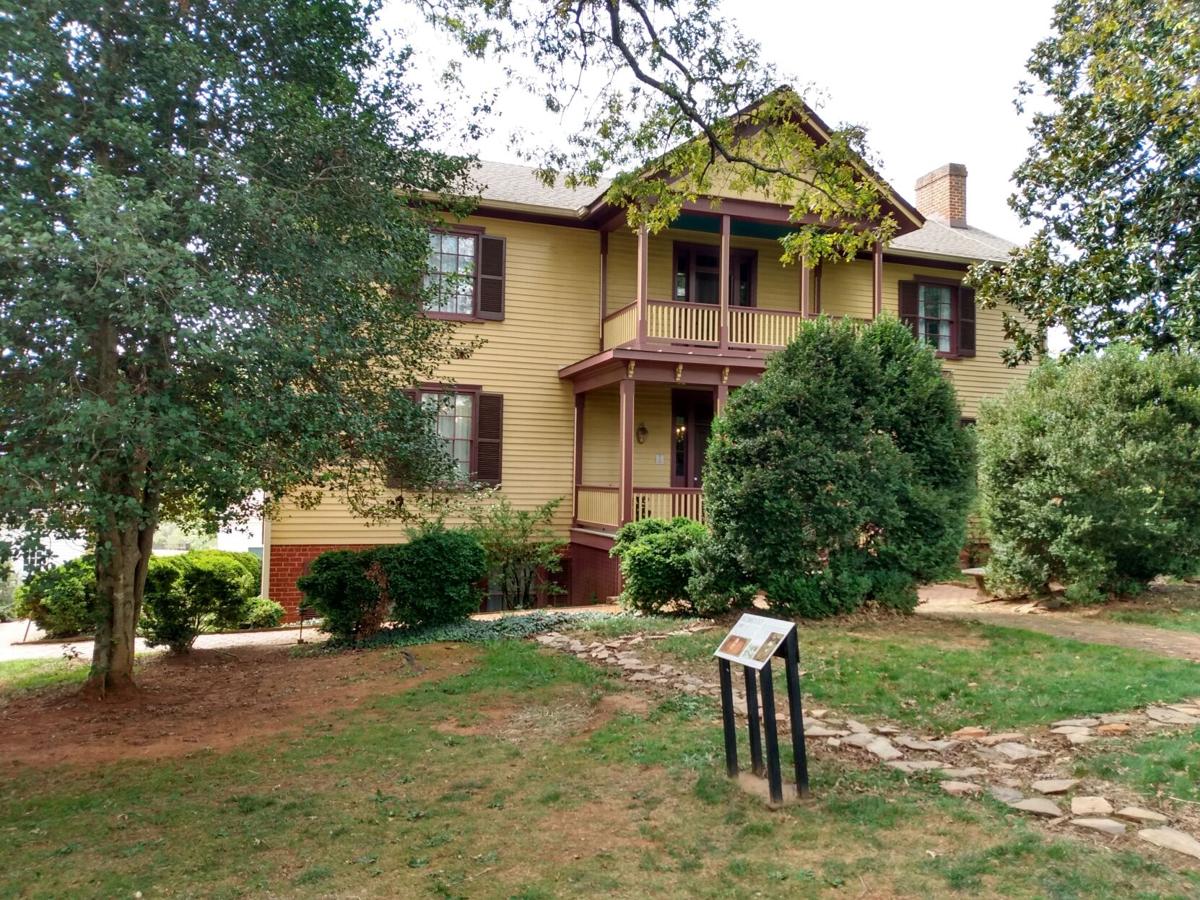 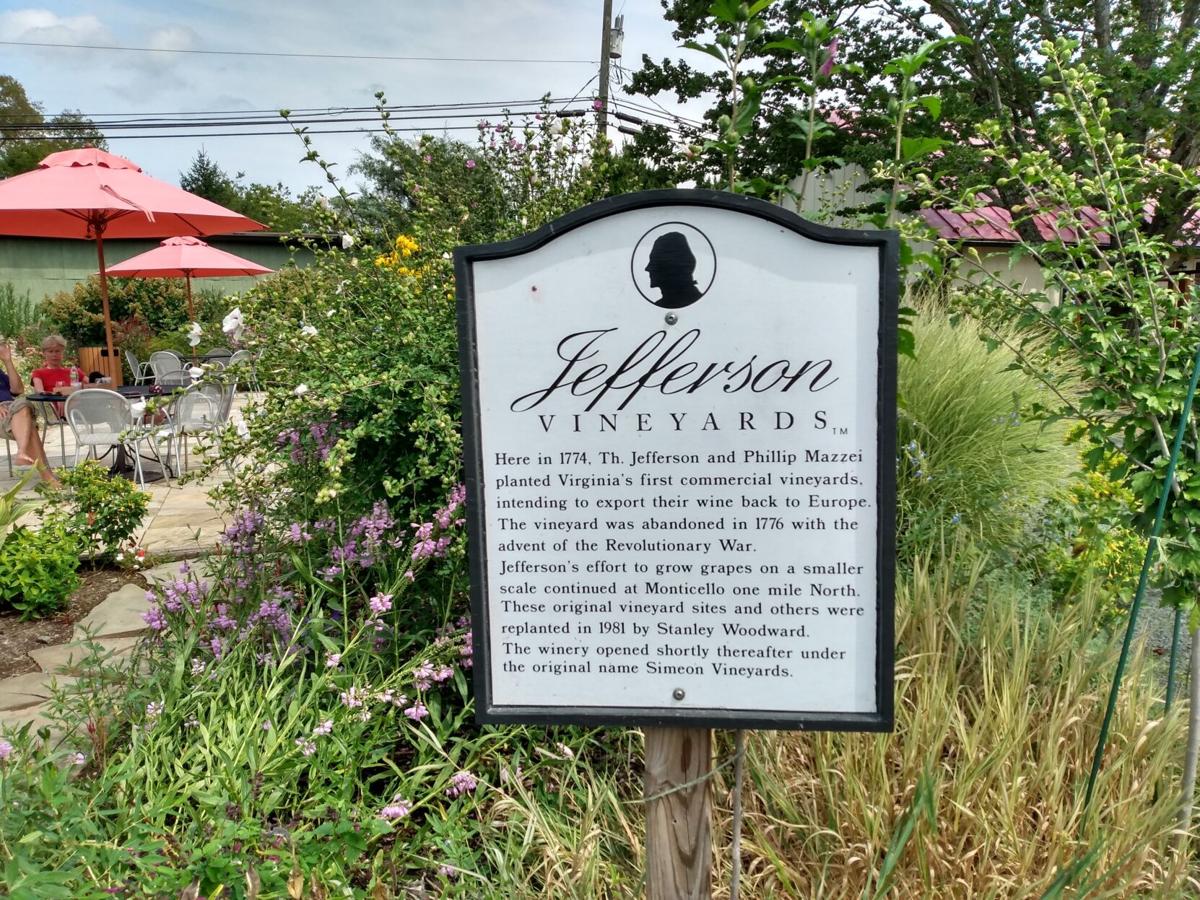 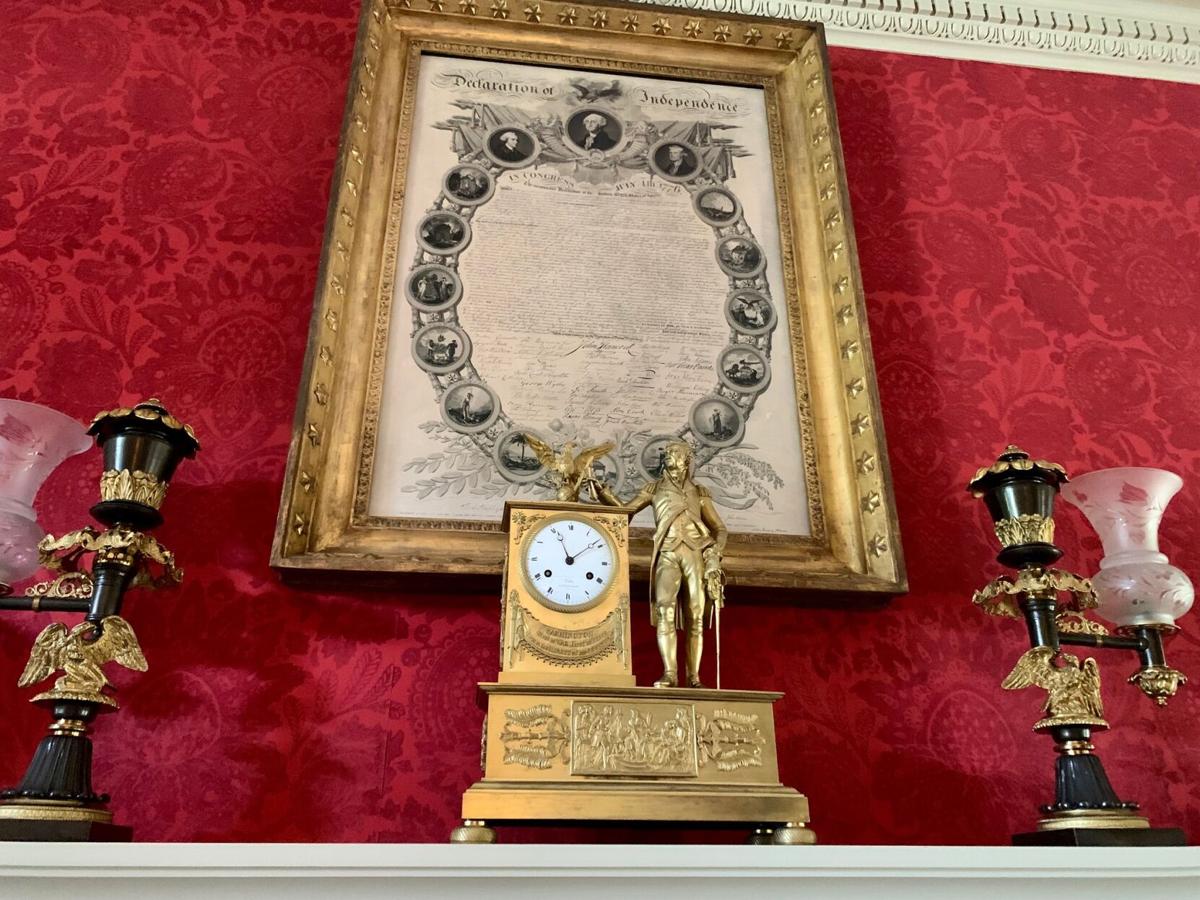 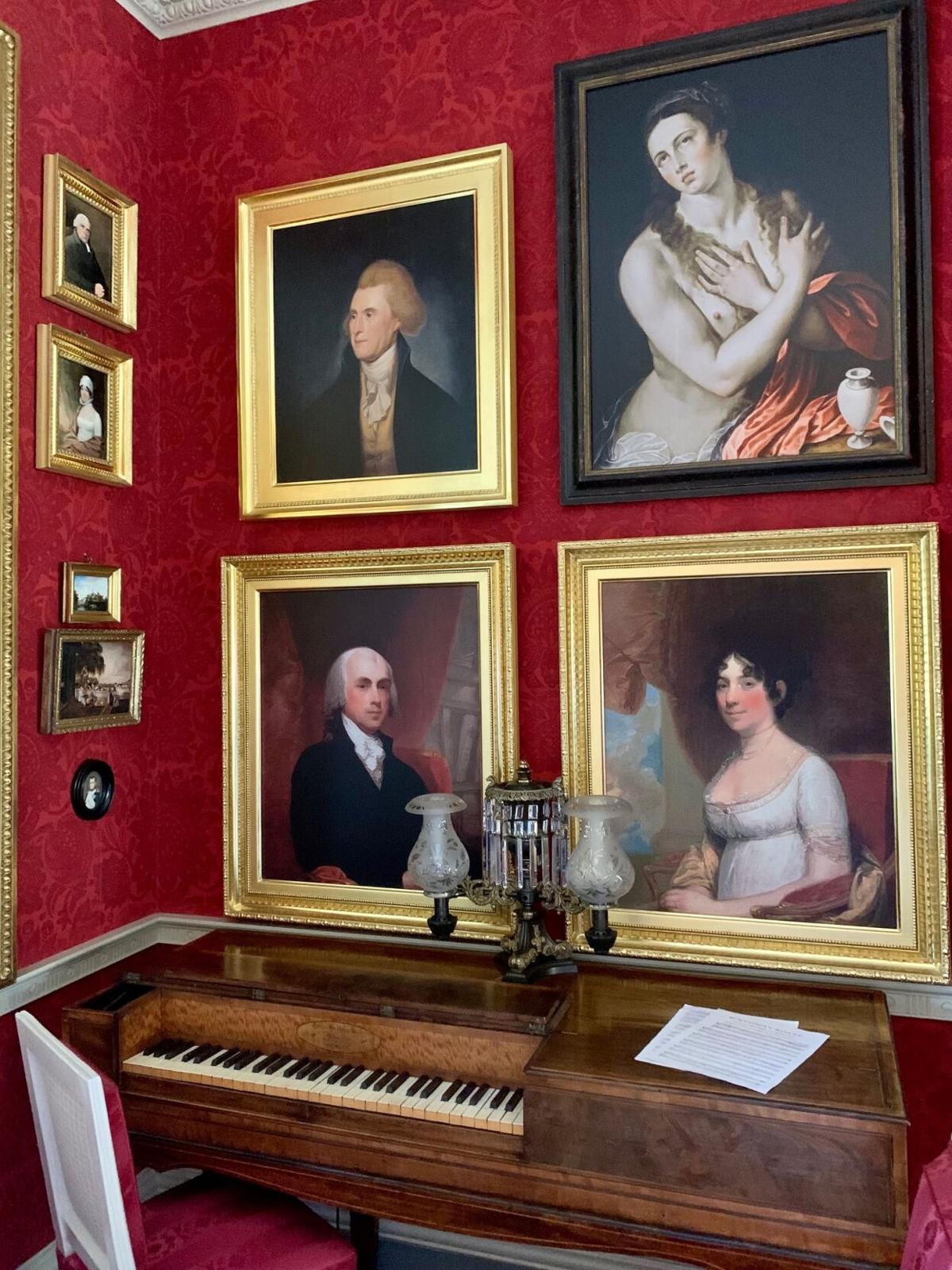 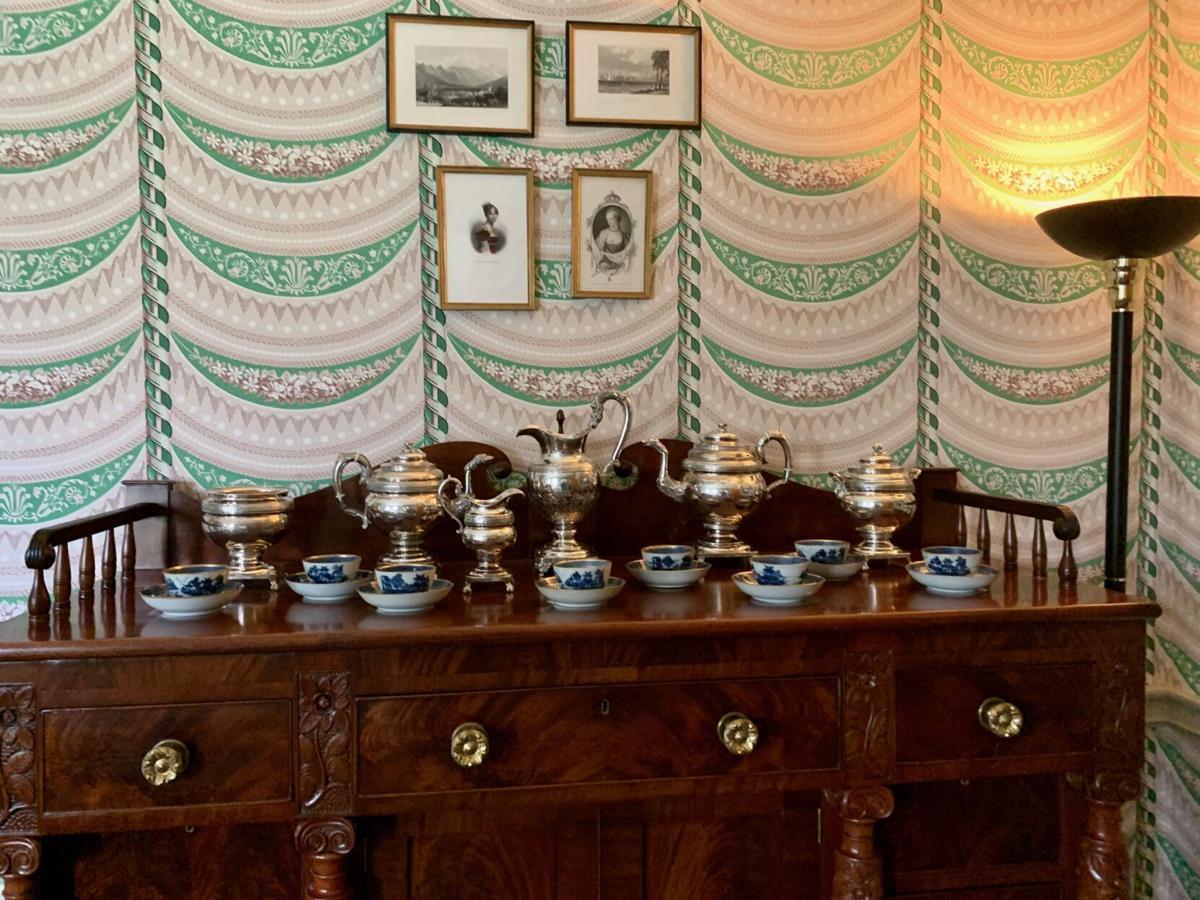 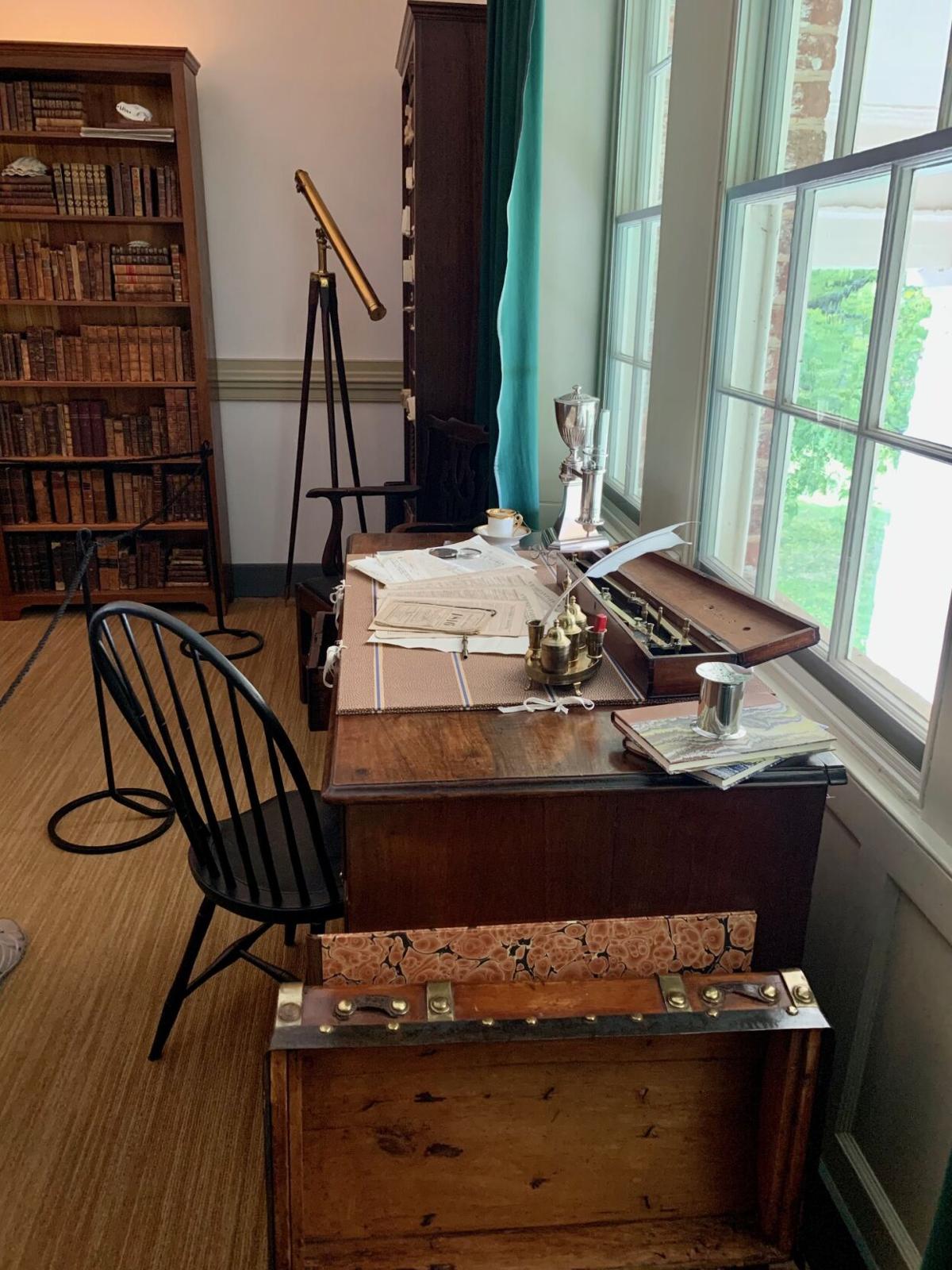 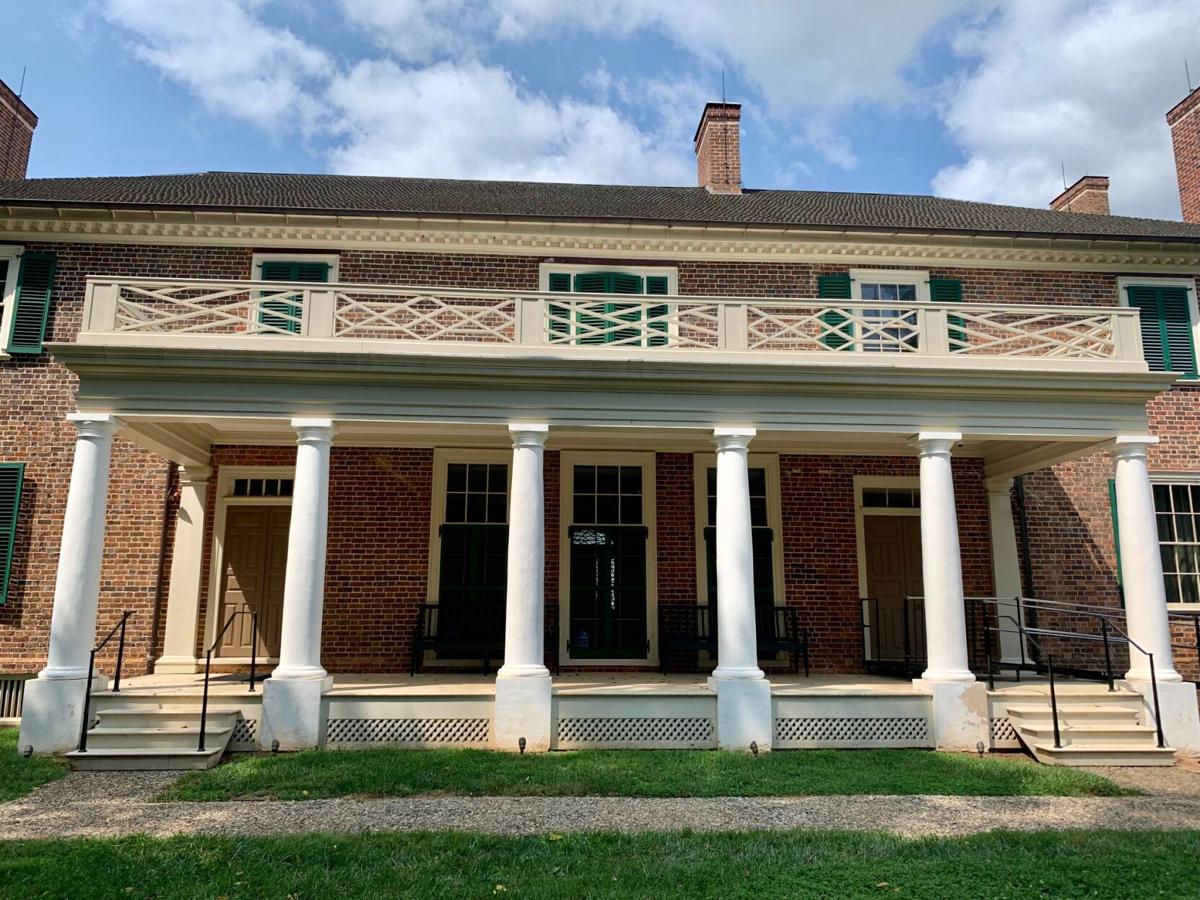 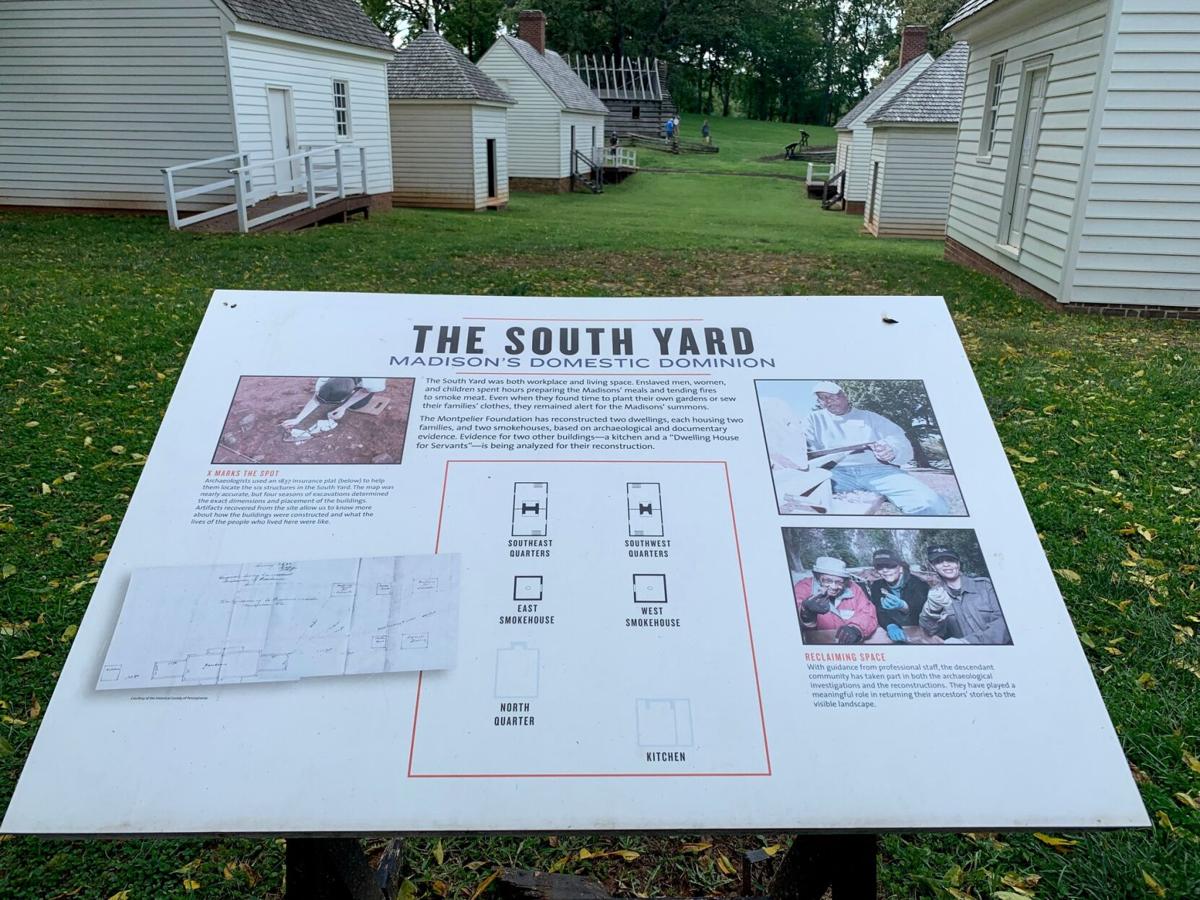 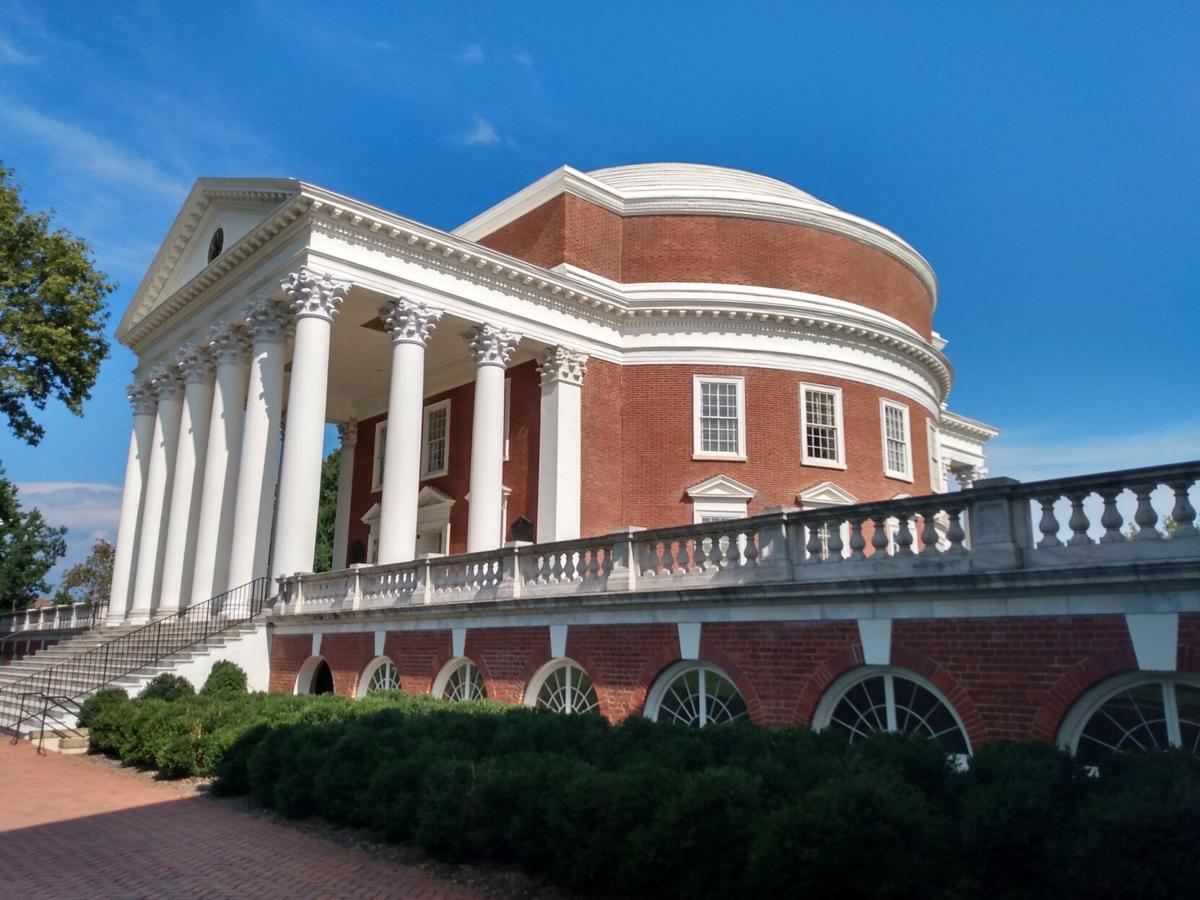 If you’re looking for a place to spend a few relaxing days in November, look no farther than the Charlottesville, Va., area.

Home to three U.S. Presidents (Jefferson, Madison, and Monroe) and the University of Virginia, it is known for its museums, gardens, horse farms, wineries, and vineyards, plus shops, great restaurants, charming places to stay, and more. Depending on the time you have to spend in the charming area, you might visit one or two presidential homes or all three. Also take time to enjoy the pedestrian friendly mall downtown, offering shops and trendy places to eat, as well as old favorites such as The Nook and Timberlake Drugstore’s soda fountain. Be sure to check out some of the award-winning wineries and vineyards on the Monticello Wine Trail.

President Thomas Jefferson, who wrote the Declaration of Independence; President James Madison, considered the father of the U.S. Constitution; and President James Monroe, known for the Monroe Doctrine, built elaborate homes near Charlottesville where they conducted the business of the new nation and entertained their friends in style. All three estates are open for tours.

Combining neoclassical principles of architecture with late 18th-century European styles and his own ideas, Jefferson designed and built Monticello on a hill overlooking 5,000 acres over a period of many years. He started building his home in 1768 and continued to work on it until his death in 1826. His home, a National Historic Landmark, along with the University of Virginia, which he also designed, were designated a UNESCO World Heritage Site in 1987. (Did you know that Edgar Allen Poe’s dorm room is open to the public? But parking at the university is not easy.) The plantation house at Monticello is considered an architectural masterpiece and features furniture that belonged to the Jefferson family. Among Monticello’s outbuildings along Mulberry Row near the main house was a nailery and other shops, plus flower and vegetable gardens, and plots where Jefferson experimented with plant breeding. Enslaved Africans who worked in outlying fields lived in cabins located away from the main house. Jefferson and other family members are buried in the cemetery on the property. Jefferson’s lavish lifestyle took its toll on the estate and, in 1836, it was purchased by Uriah Levy who, with his nephew, restored it. The Thomas Jefferson Foundation has owned it since 1923 and does an amazing job of keeping it in pristine condition. Visitors may choose several tour and ticket options, including annual passes. The “Paradox of Liberty” exhibit explores slavery at Monticello. Don’t miss nearby Michie's Tavern, which dates to 1784 and offers authentic southern cuisine and gift shops (monticello.org).

The building of Montpelier, James Madison’s home, began in 1764. It was enlarged in 1797 after he and his new wife, Dolley, moved into the house , followed by additional renovations between 1809 and 1812. Built of brick in the Flemish-bond style, the two-story structure features a low-hipped roof and is flanked by fireplaces on each end. In its day it was considered one of the largest brick homes in Virginia’s Orange County. Because of Madison’s debts, the estate was sold in 1825 and had a succession of private owners, the last being Marion dePont Scott, who bequeathed it to the National Trust for Historic Preservation. The house, which sits on 2,650 acres, was declared a National Historic Landmark in 1966. In recent years the house has been refurbished with period pieces and its history documented through exhibits that explain and promote Madison’s idea of government by the people. Archeological investigations have shed light on the enslaved residents at the estate, prompting the restoration of the slave quarters. Descendants of the Montpelier families, including descendants of the enslaved, govern the estate. The Madisons are buried on the estate. Visitors have the option of several tours. (montpelier.org).

James Monroe purchased 1,000 acres next door to Monticello and built the one-story main house with a kitchen wing in 1797, adding a separate guest cottage 20 years later. He lived at Highland over a period of 25 years but was forced to sell it in 1825 because of his huge debts. A few years after the sale, the main house burned, but the remaining guest house survived as Ash Lawn-Highland. Archeological studies in recent years have revealed more information about the estate and the people who left their imprint there, including the enslaved people. Visitors may tour the house and grounds and see objects that belonged to James Monroe and his wife, Elizabeth. Gallery exhibits shed light on the architecture and archeological findings at Highland, as well as details about Monroe’s life. The 1850s Room centers on Monroe’s diplomatic career. Highland is now owned and operated by the College of William and Mary, where Monroe received his formal education (highland.org).

The Exchange Hotel and Civil War Museum, located in Gordonsville, is well worth the short drive east from Charlottesville. It had its beginnings as a popular tavern in the 1840s, burned in 1859, and was rebuilt in 1860 to serve passengers traveling on the Virginia Central Railroad and the Alexandria Railroad. After the Civil War broke out, the hotel became a receiving hospital for Confederate and Union soldiers. About 70,000 soldiers were treated there and 700 soldiers were buried in fields nearby. During Reconstruction the building served as the Freedman’s Bureau Hospital. An overview of the hotel's rich history and the Civil War, presented by a knowledgeable docent, sets the stage for the self-guided tour. Displays focus on medical instruments, war relics, and more. After the tour, enjoy lunch at the nearby BBQ Exchange or Well Hung Winery, both a short walk from the museum (townofgordonsville.org).

Established in 1984, the Monticello Wine Trail includes 34 wineries and vineyards within the Monticello AVA in the Charlottesville area. Having fallen in love with French wines while living in Paris, Jefferson wanted to produce good wines on his estate equivalent to those he experienced in Europe. Though his dream did not come true, grape growers in more recent times have enjoyed great success with wine. In fact, Jefferson Vineyards is located on land that once belonged to the president.

Other vineyards worth a visit include Barboursville Vineyards, Keswick Vineyards, and Michael Schaps Wineworks. (monticellowinetrail.com).

* If you like plants, you’ll love Grelen Gardens, a 600-acre tree nursery in Somerset, offering a casual café that features farm-to-table lunches, wine tastings, a garden shop, and hiking trails that connect to Montpelier’s trail system.

* Yoder’s Country Market in Madison is a delightful place to shop for jams, preserves, dairy products, deli items, handmade furniture, and other items.