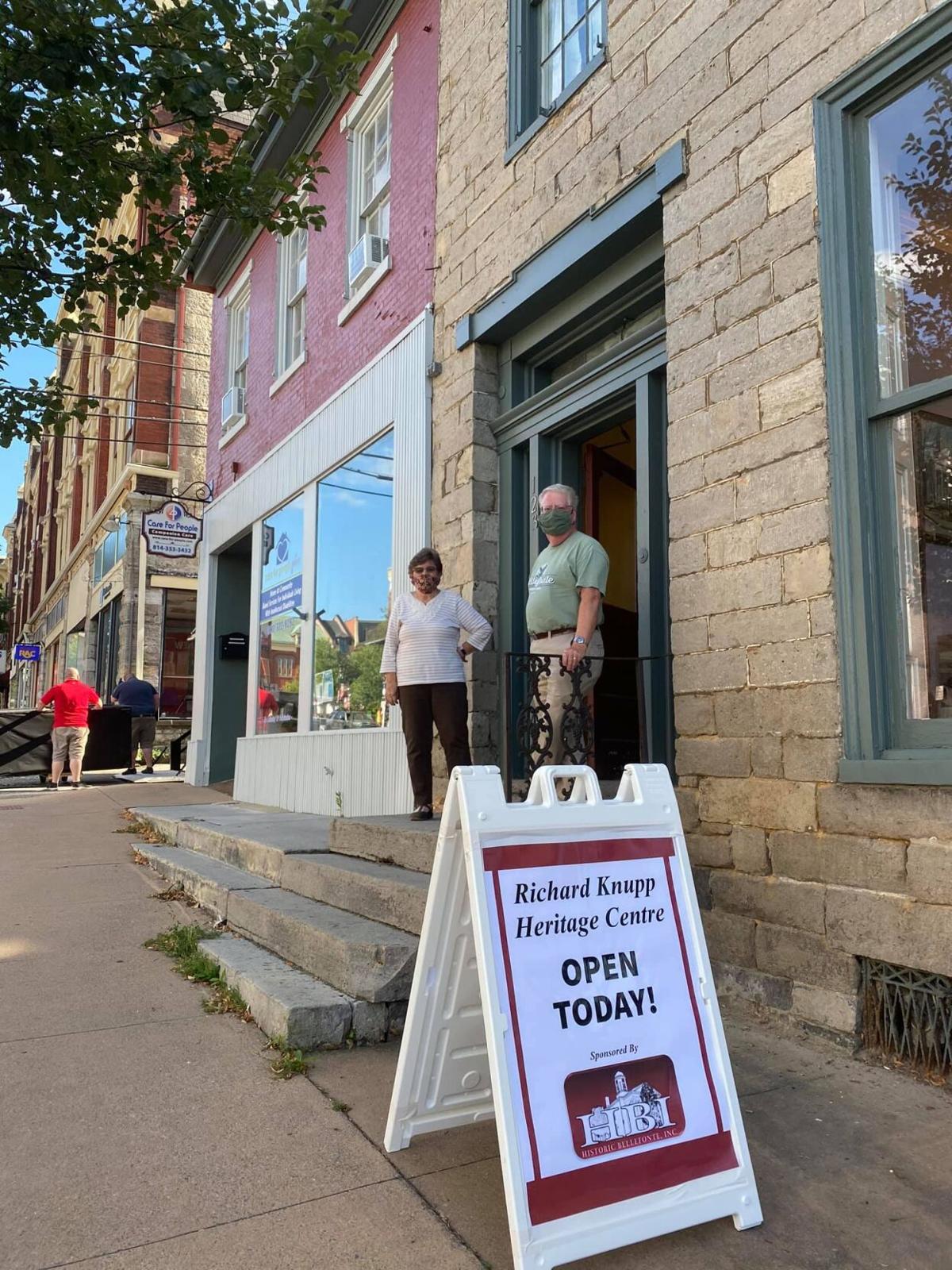 Guided tours can be arranged from the Richard Knupp Heritage Center in downtown Bellefonte./Ellen Matis 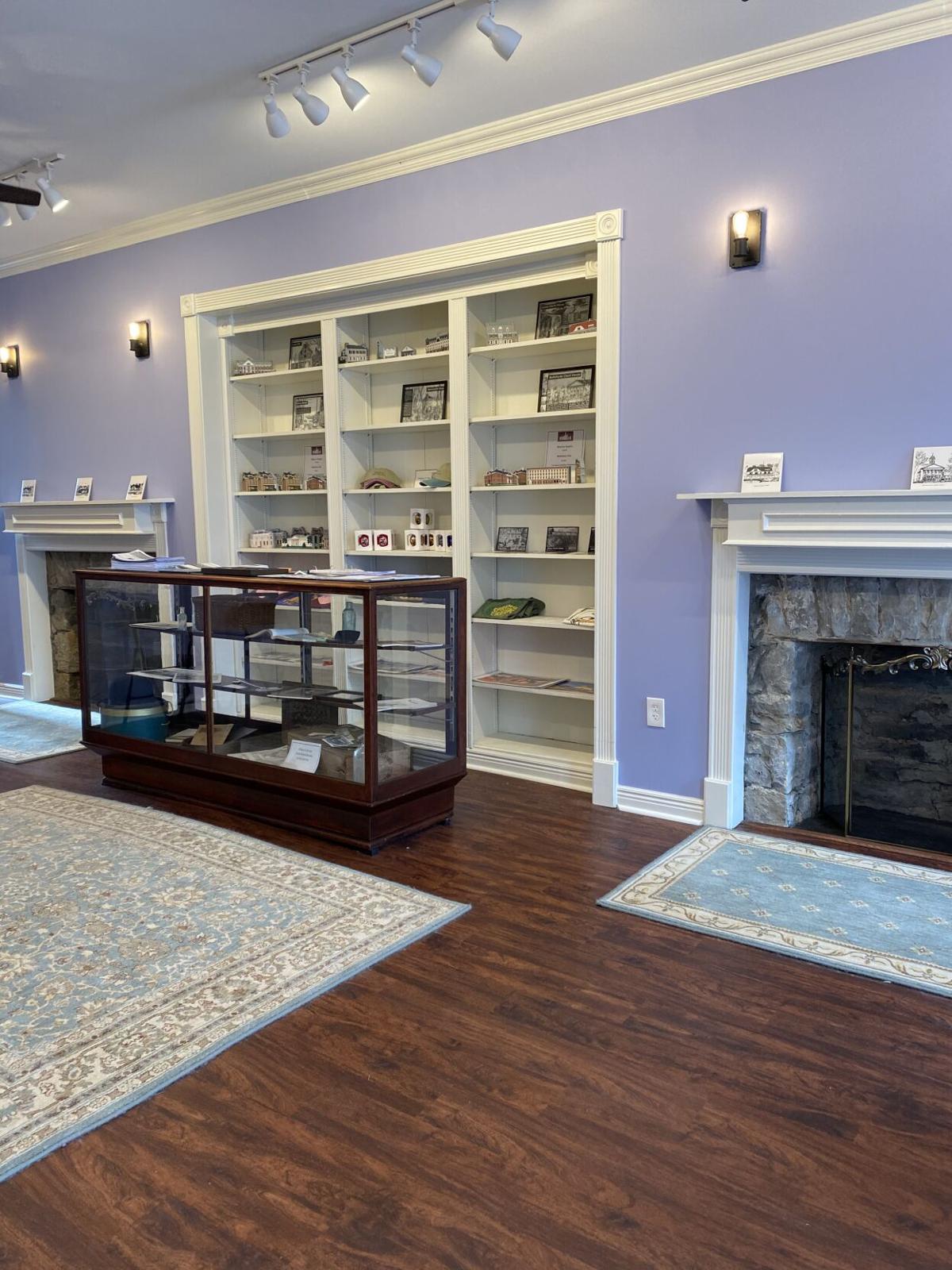 Inside the newly opened Center, find historic souvenirs and other items you can only find in Bellefonte./Sally Houser 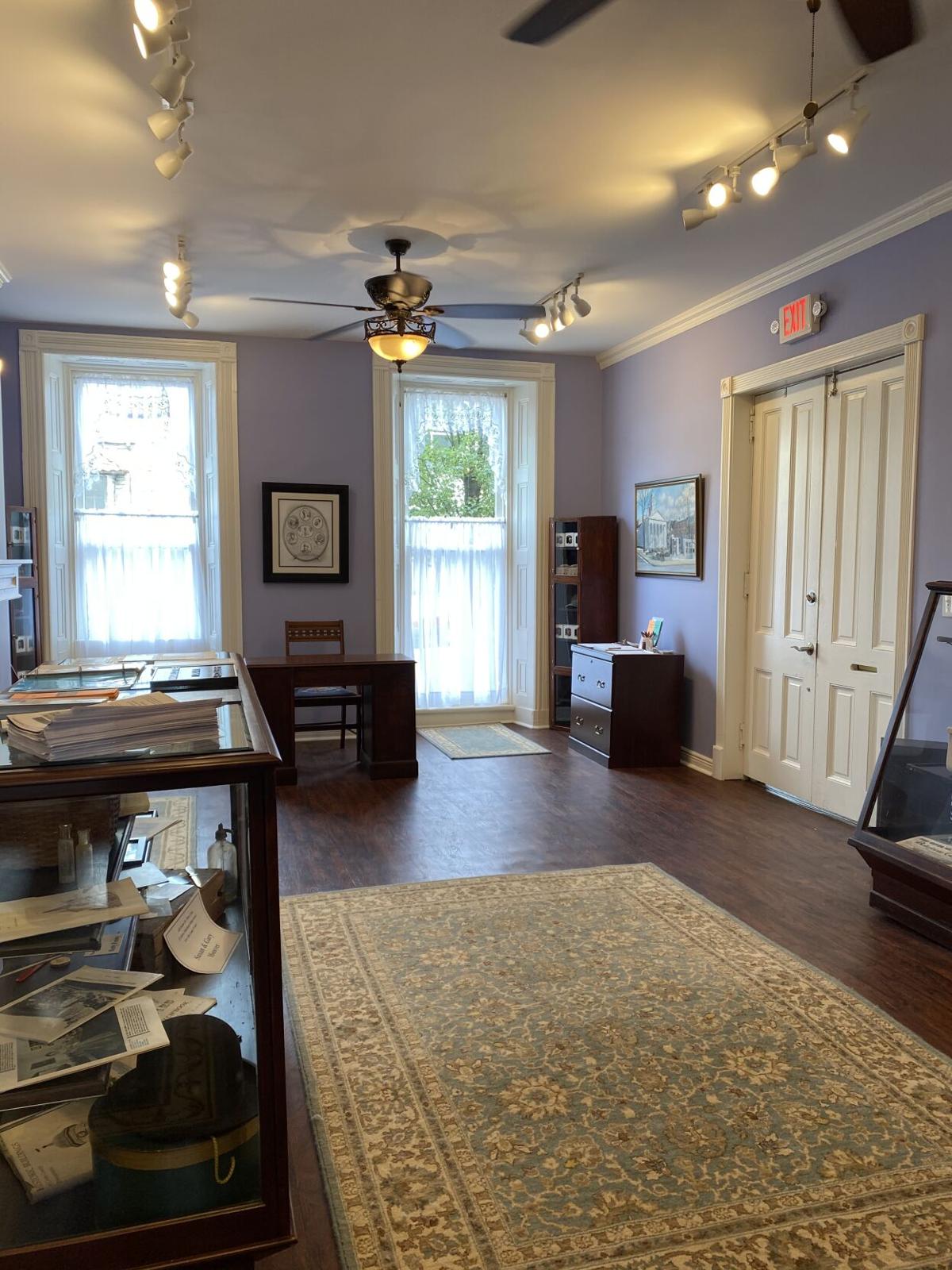 Take a walk around town. Stroll slowly up and down the hilly streets, past more than 300 grandiose beautifully detailed, dashingly painted historic homes. Stare at one house, larger than the next, as the newly rich, without land to inherit, tried to outdo one another with opulent living. Make your way on street after street, where amazing structures keep coming one after the other. But how, in the shadow of Penn State, you ask, did they get here? Why were they built and by whom?

Listen closely, and perhaps you can hear the whistle sounding, as it did for more than 120 years, signaling another pour of molten iron. A perfect storm of all the necessary ingredients for iron making, rich deposits of ore underground combined with limestone, forests and swiftly flowing streams, made the roaring furnaces of Bellefonte the chief source of iron for the entire nation between 1800 and 1850, with a row of furnaces put into blast right along the most productive ore seam. It was a critical time for iron, for farm machinery to support burgeoning agriculture, wagon wheels needed by the throngs of settlers making their way to new lives in the West. Cities were rising, bridges being built, roads crisscrossing the nation, all requiring the production of the ironmasters. The first of the homes were built by these wealthy individuals.

Yet, iron began fading and ore from the Midwest started taking center stage. Surrounded by coal deposits, the ingredients for glass making and vast forests which produced large quantities of lumber, when other early towns began to fade, Bellefonte continued to thrive. As Bellefonte was the county seat of Centre County, an area remote from the rest of the state, lawyers and bankers also came to join the mix. The district of homes of the influential, the lumber and coal barons, and more, grew larger and larger.

Soon after mid-century, realizing that a thriving agricultural community would be needed for the region to continue to prosper as natural resources depleted, several businessmen joined together to find a location for a farmers’ high school to instruct farmers in new methods of producing more robust crops. Centre Furnace, the first of the blast furnaces, gave 250 acres for this new school and the rest, as they say, is history. Today, that school with its very modest start is The Pennsylvania State University, or Penn State.

Today’s State College was built by these same innovative ironmasters.

And Bellefonte can say proudly, “Before Penn State — there was Bellefonte.”

Experience Bellefonte’s rich architecture and history. Take a self-guided tour or arrange a personal guided tour thanks to the new Richard Knupp Heritage Center in downtown Bellefonte. It’s open Thursday through Sunday and by appointment.

At the center, find historic souvenirs and other items you can only find in Bellefonte.