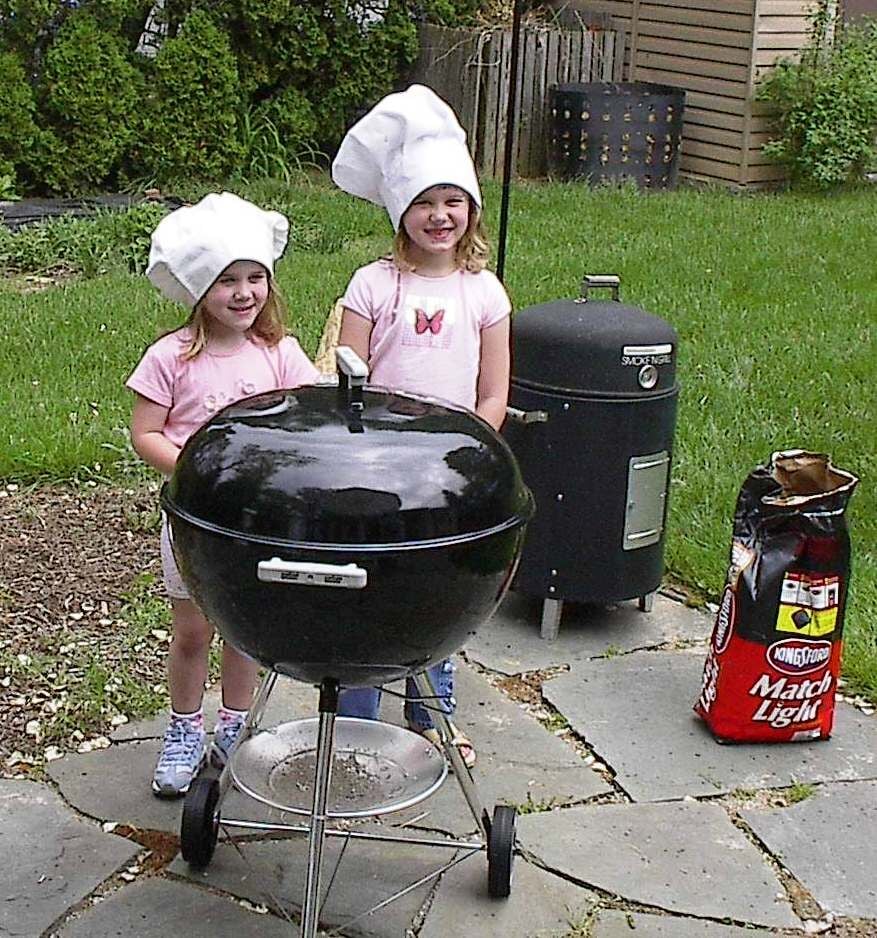 You are never too young to enjoy good barbecue./Reed Hellman 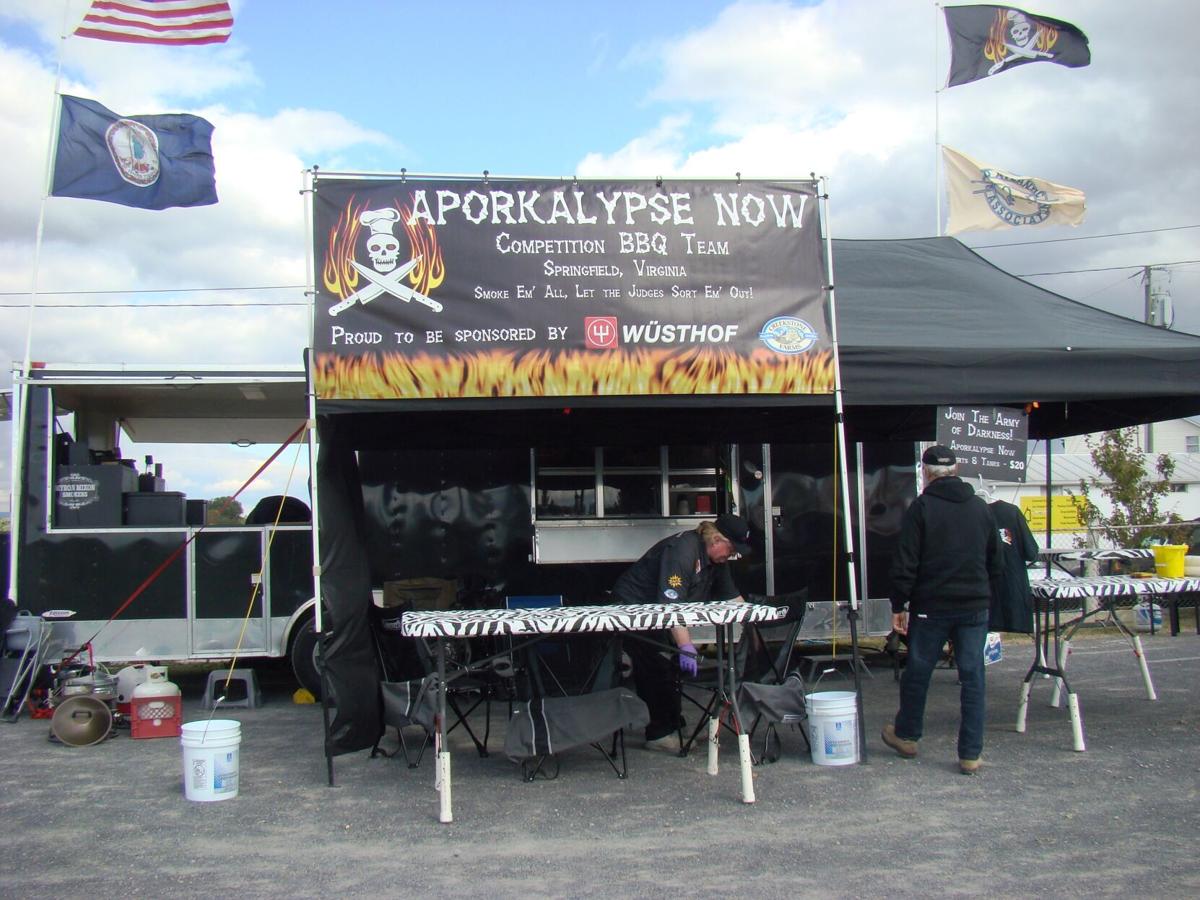 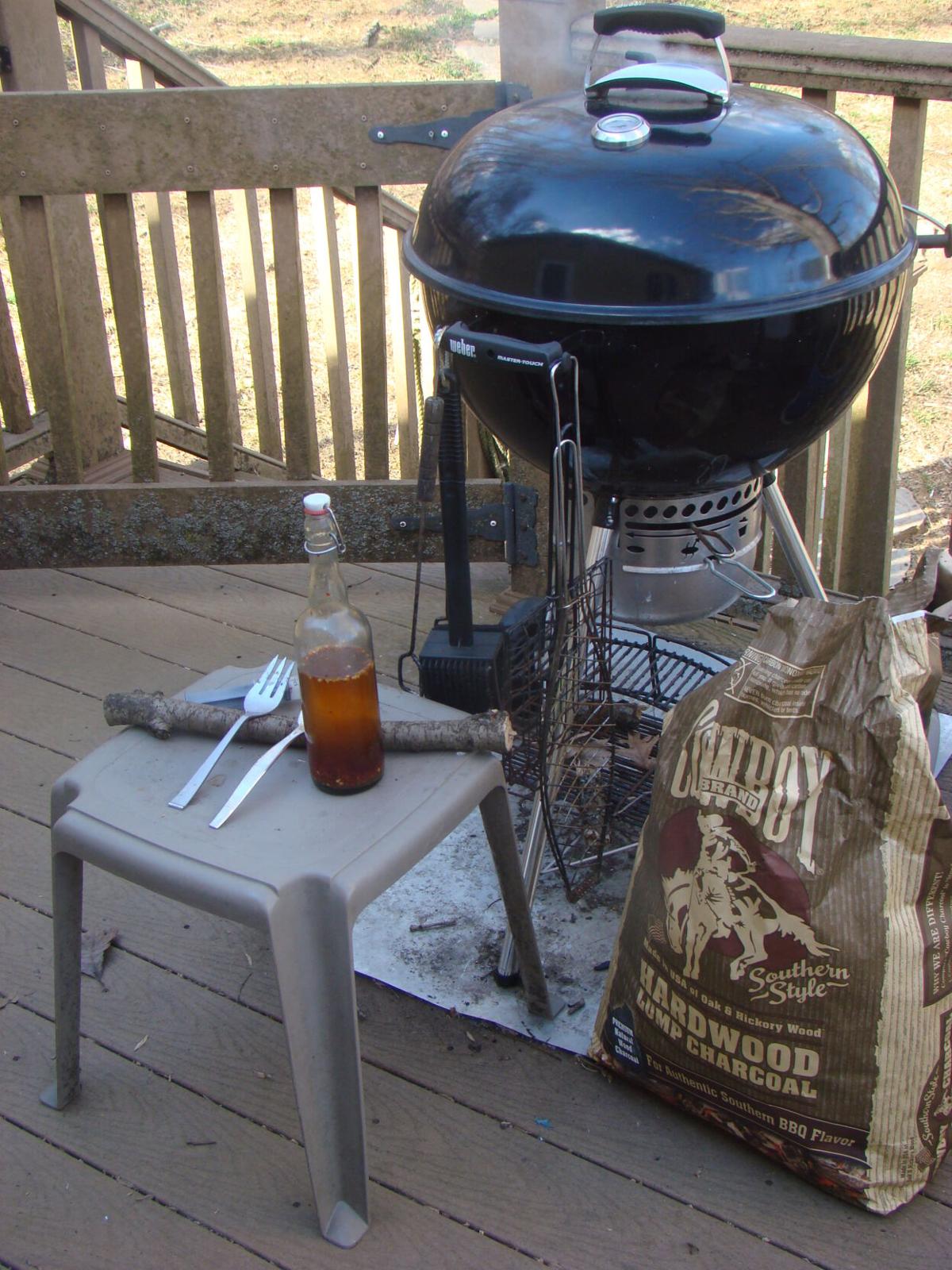 A basic back porch barbecue set up with all the accouterments./Reed Hellman 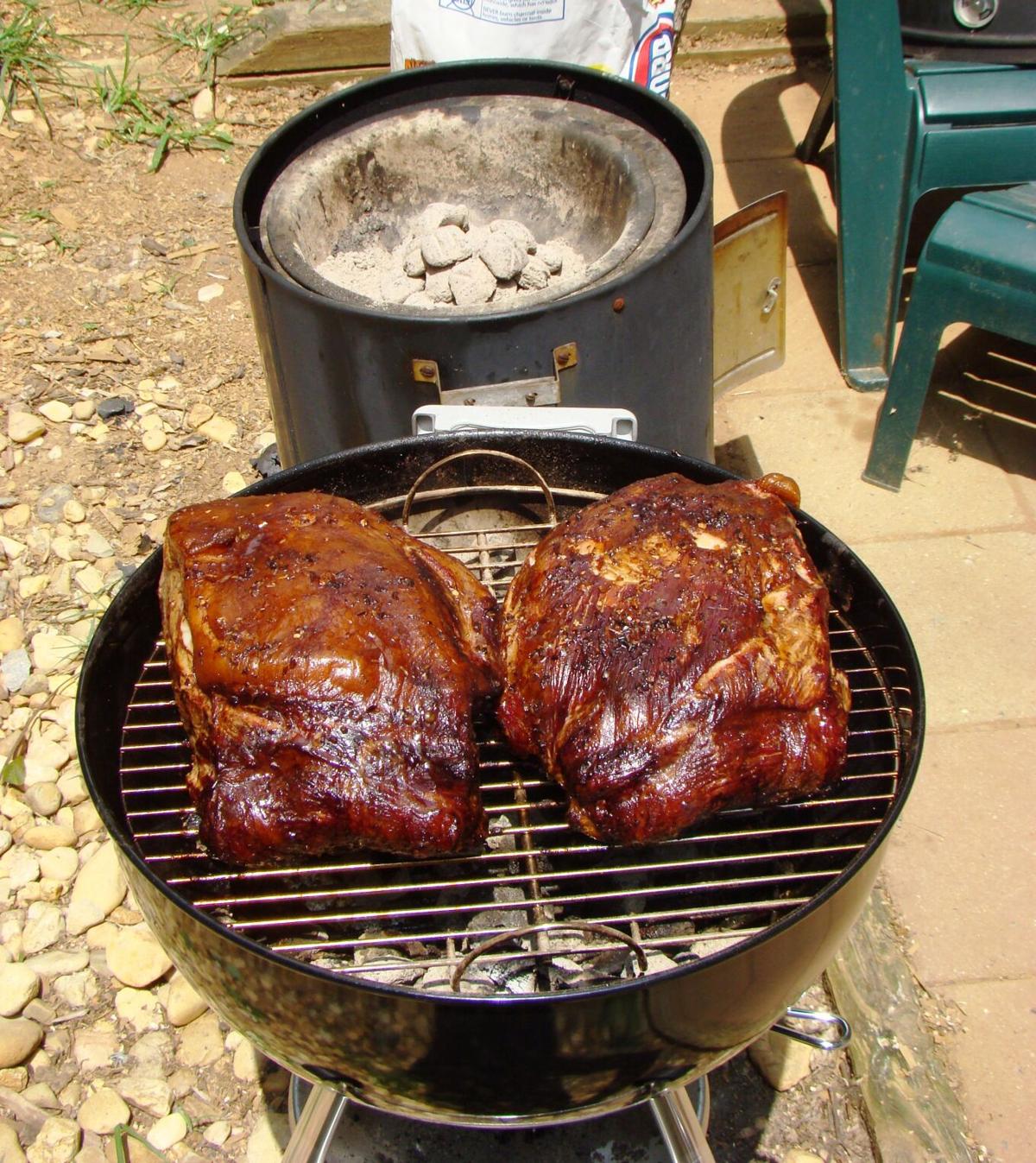 I experienced a gastronomic classic in a backroads café in North Carolina’s Outer Banks. The place was an absolute hole-in-the-wall, but it served barbecue: Not some catsup-infused ground meat foisted by barbecue imposters; but, real slow-cooked-til’-it-could-be-shredded-with-a-fork pork! Heaped atop a fresh bun, with a vinegar-based splash, the “cue” was sweet, pungent and smoky.

And, I fell in love!

In subsequent visits to the Outer Banks, I couldn’t find that café, though I prowled every backroad. It was almost as though the café was some culinary Shangri-La, appearing only once in a lifetime. Looking for comparable ‘cue has taken me all through eastern North Carolina, up into the Piedmont, to regional barbecue cooking competitions and finally to my own backyard. Along the way, I learned how to cook classic pulled pork barbecue using a simple kettle-style grill and a few accessories.

Competitive barbecuers, such as the members of the Kansas City Barbeque Society, the world’s largest organization of barbeque and grilling enthusiasts, may spend dozens of thousands of dollars on mobile kitchens sporting digitally-controlled cookers. The results can consistently approach perfection. Using a back porch grill, equipped with a well-fitting cover, a thermometer reading interior temperature, and some method of adjusting the temperature, can also achieve consistent quality ‘cue.

Purchase the best meat possible, directly from a butcher rather than from a supermarket, either a pork shoulder or a Boston butt. For a family or neighborly cookout, a 6- to 7-pound shoulder or a 12- to 15-pound butt (the two halves cut from the whole shoulder) proves the best choice. Generally, about half the weight cooks off or is lost in the bone.

Two Different, but Much the Same

Although beef brisket is also a good option, for my taste, it can’t be compared to pulled pork; they are literally two different animals. However, both require “low and slow” cooking and a careful choice of fuel. Gas-fired grills have become very popular, while charcoal briquettes are also convenient and consistent fuels. However, neither imparts the same flavor or level of flavor as an all-natural hardwood lump charcoal. About 10 pounds will cook a shoulder. Hardwood charcoal fires do require more maintenance and attention than gas or briquettes, a real concern when considering that a traditionally prepared pork shoulder can take a full day to slow cook.

If smoke is part of the ‘cue recipe, using fruitwood to generate the smoke can give noticeable results. Adding finger-size prunings from an orchard, or even trimmings from a local wild cherry tree can add a sweet smoky edge to the ‘cue.

Having a second grill or other fireproof container is handy for pre-firing coals for replenishing the cooking fire every 30 to 45 minutes, about a dozen times before dinner. A small shovel or metal scoop for transferring the burning coals and elbow-length hot mitts or heatproof leather gloves can prove indispensable.

After starting your fire, put the meat on the grill, but not directly over the fire. Set it fat side up so that the fat drips down through the meat, keeping it moist as it cooks. Cover the grill leaving the ventilation holes open. Watch the thermometer; 250 degrees fahrenheit is an ideal slow-cooking temperature. Add the chunks of fruitwood or other smoke generator, and slow cook the meat, browning the outside to a rich, dark crispness without any charring or burning. The key is maintaining the fire at the correct temperature. If you can see a few wisps of smoke escaping the covered grill, but can still place your hand on the cover for a second or two, you are in the right neighborhood.

After five or six hours, turn the shoulder, rotating the fat side down onto the grill. The meat side, turned upwards, should have a crisp, brown crust. Continue cooking until the interior temperature, away from the bone, reaches 170 to 180 degrees. Remove the meat from the grill and place it on a chopping board; it should pull apart using just a pair of forks. Remove any fat prior to chopping, but keep on the crisp outer crust. Serve the pork on fresh potato rolls with a strong dash of basic Eastern North Carolina sauce, a dollop of a sweet mayonnaise coleslaw and plenty of sweet iced tea.

Mix all ingredients well. Use as a basting and to season chopped barbecue to taste. Store in a tightly sealed container either with or without refrigeration.