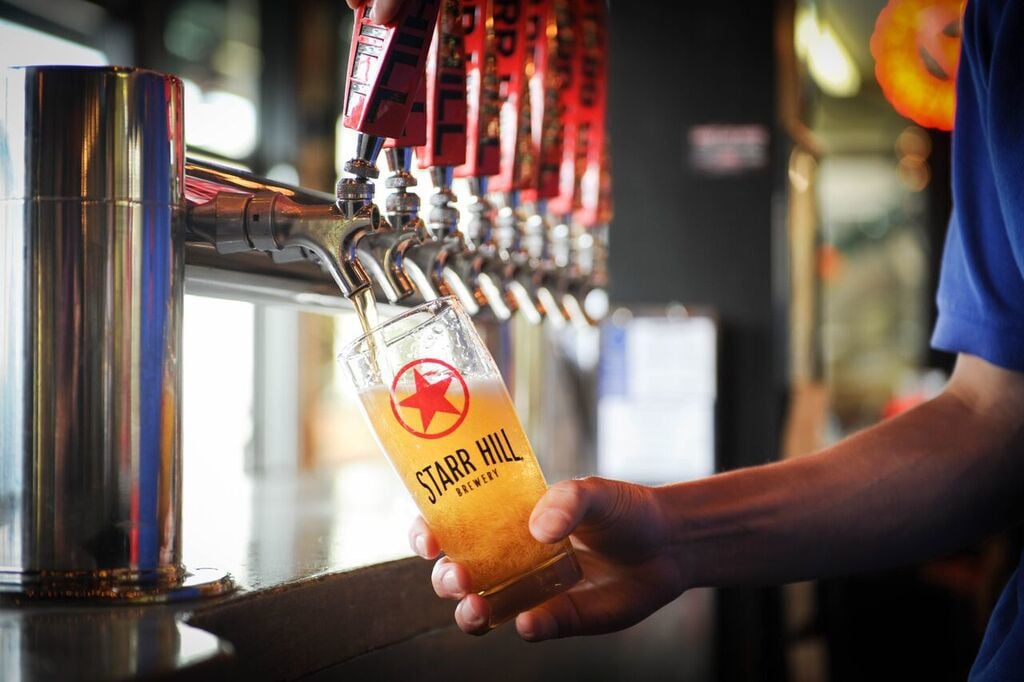 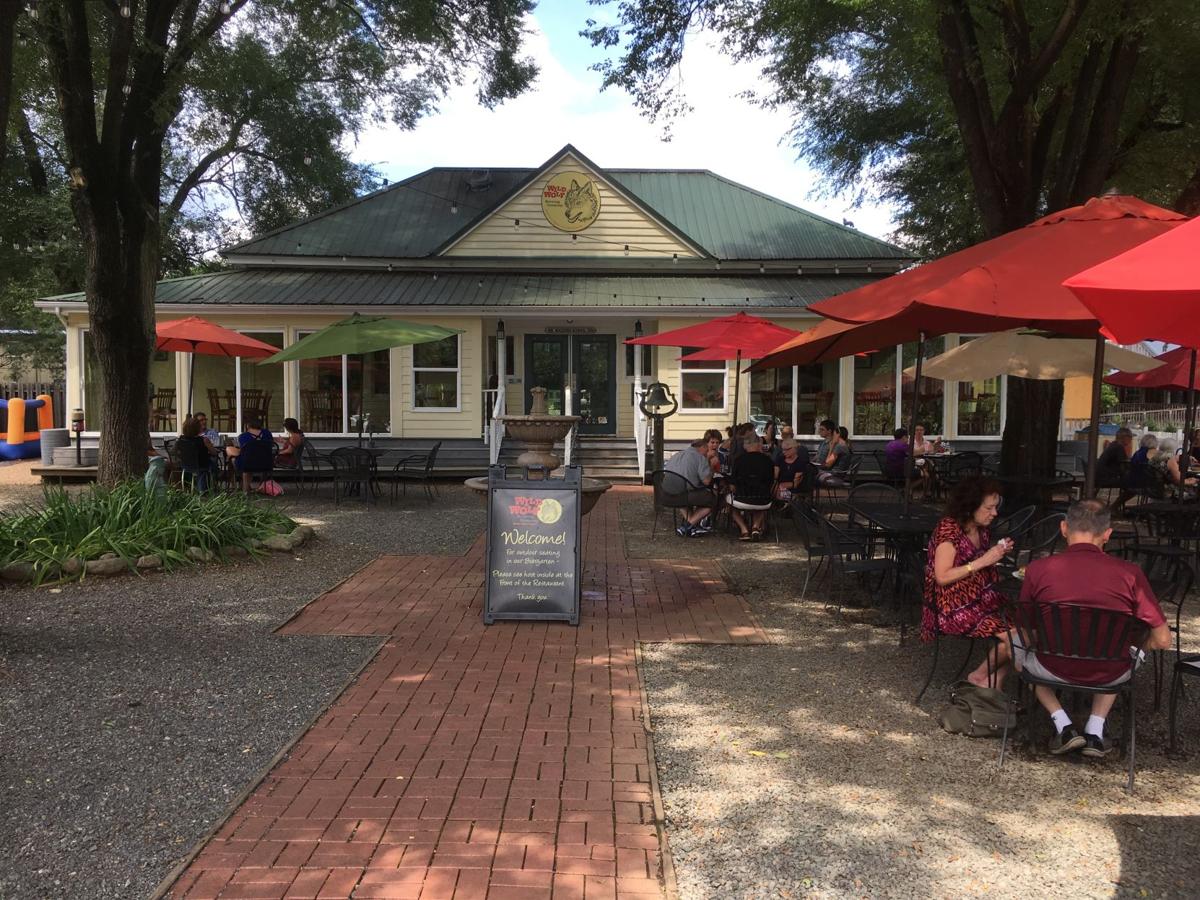 Nelson County’s Wild Wolf Brewery includes a restaurant housed in a historic school as well as an outdoor biergarten./Marvin Bond 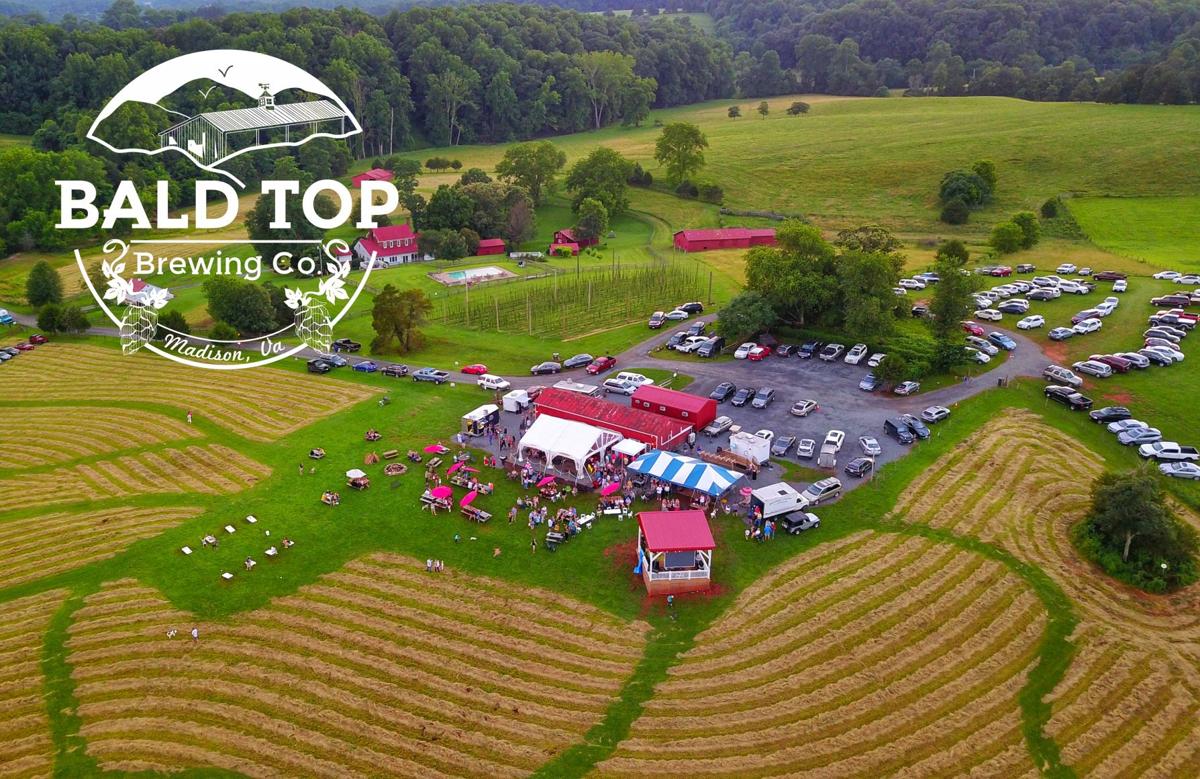 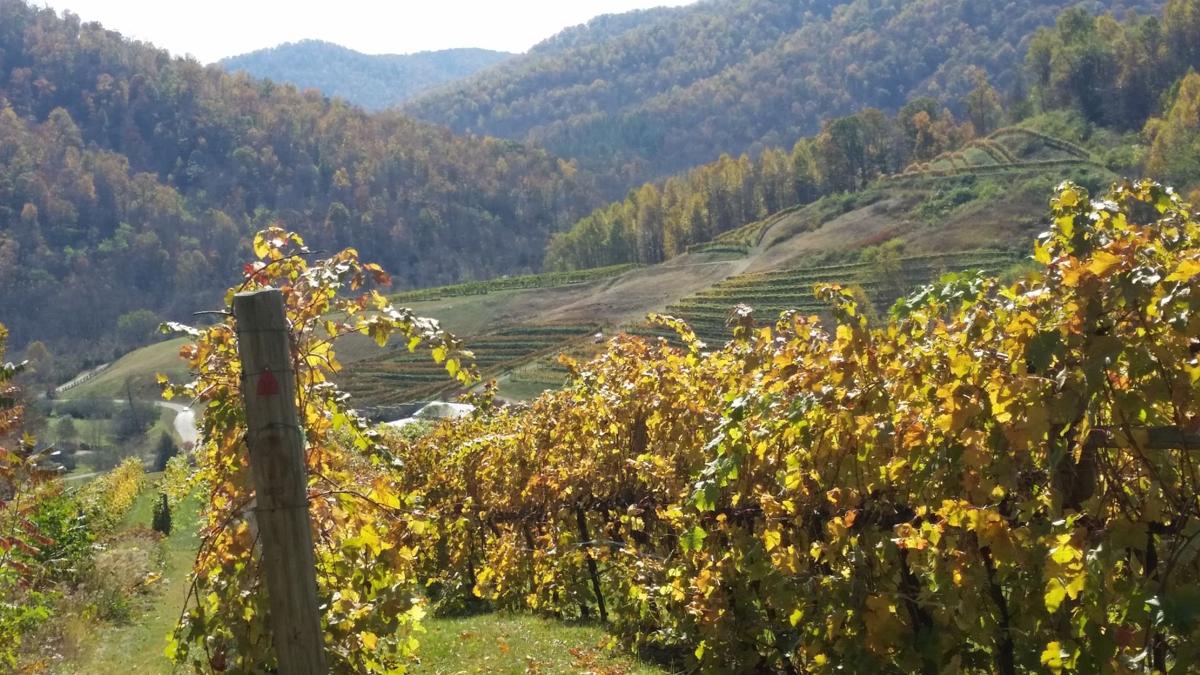 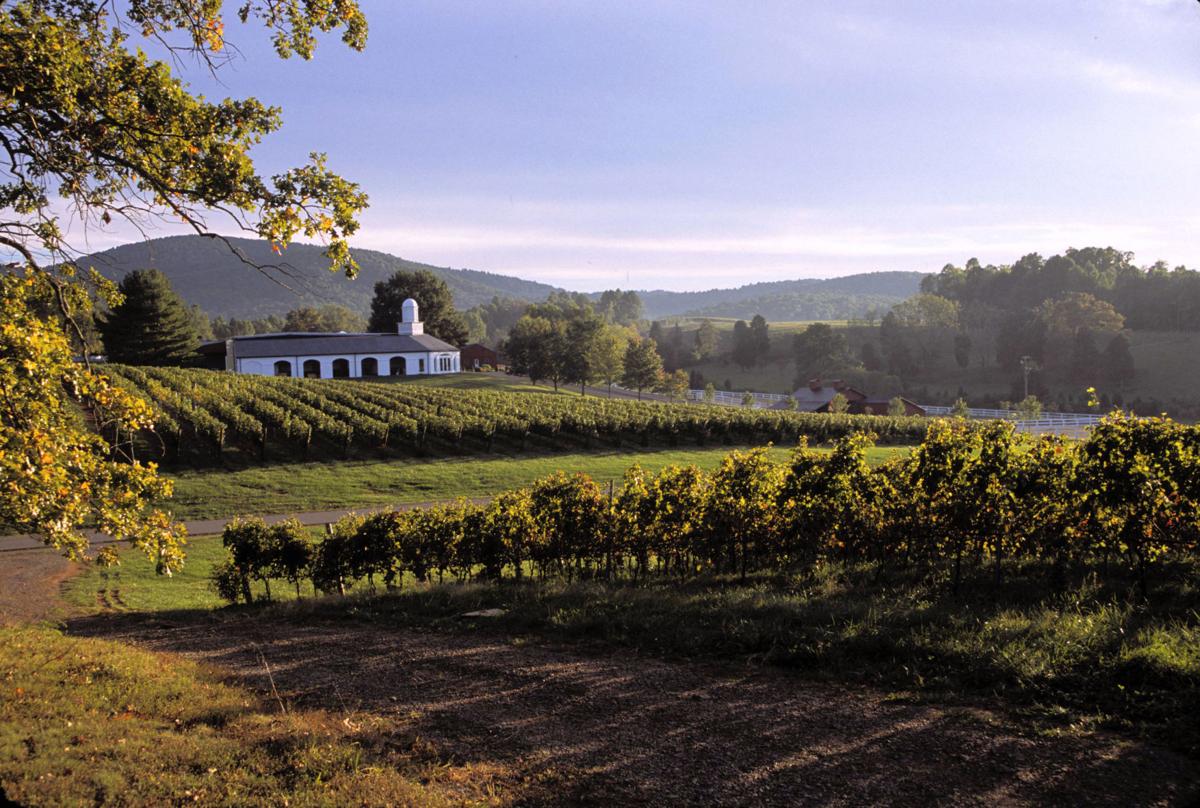 Owned by the Zonin family, proprietors of the largest Italian wine company, producing wine since 1821, Barboursville Vineyards concentrates on quality. Luca Paschina, General Manager. and winemaker is a graduate from Umberto I Institute of Oenology in Alba, Italy. Virginia Tourism Corporation, www.Virginia.org 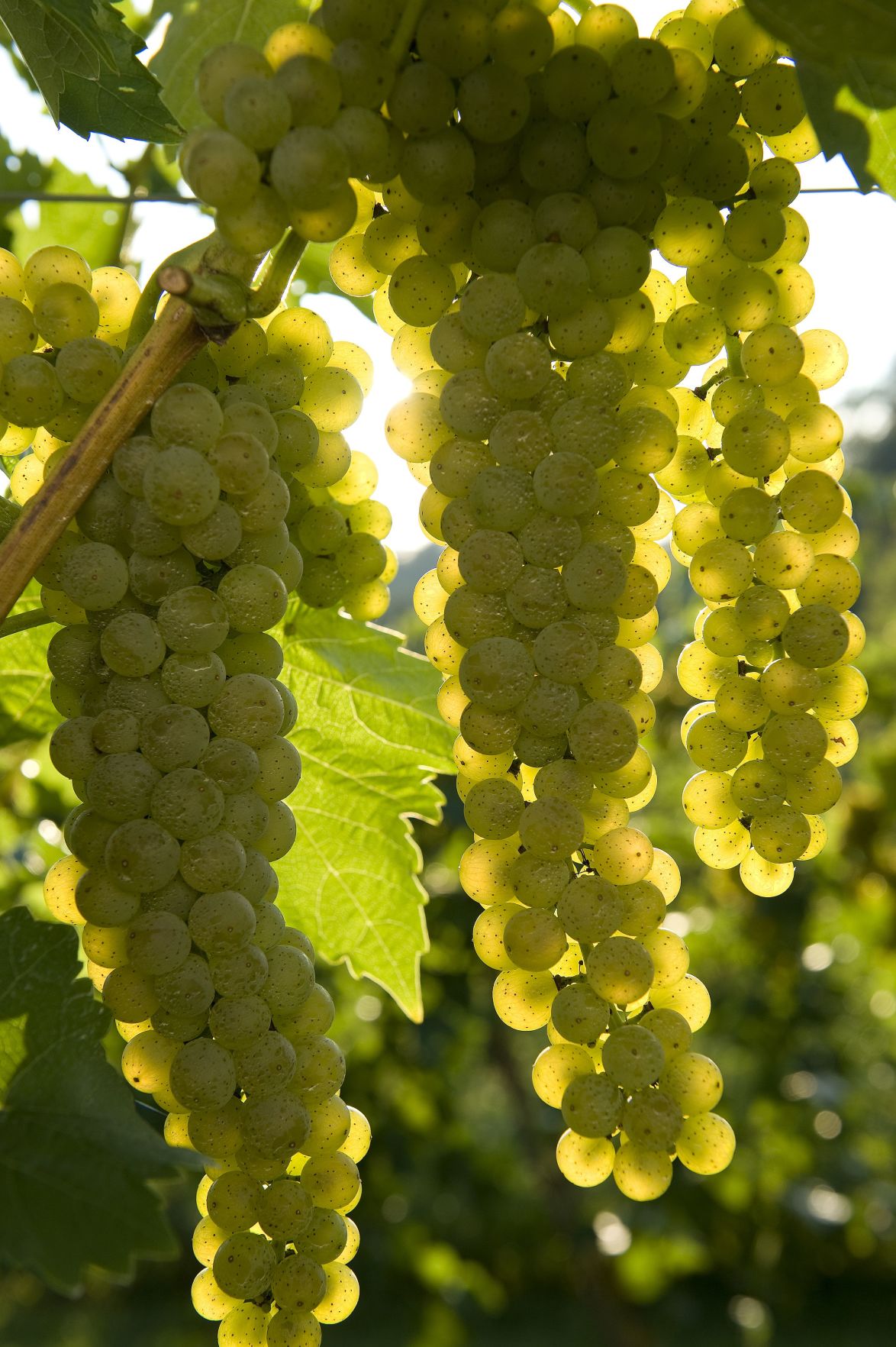 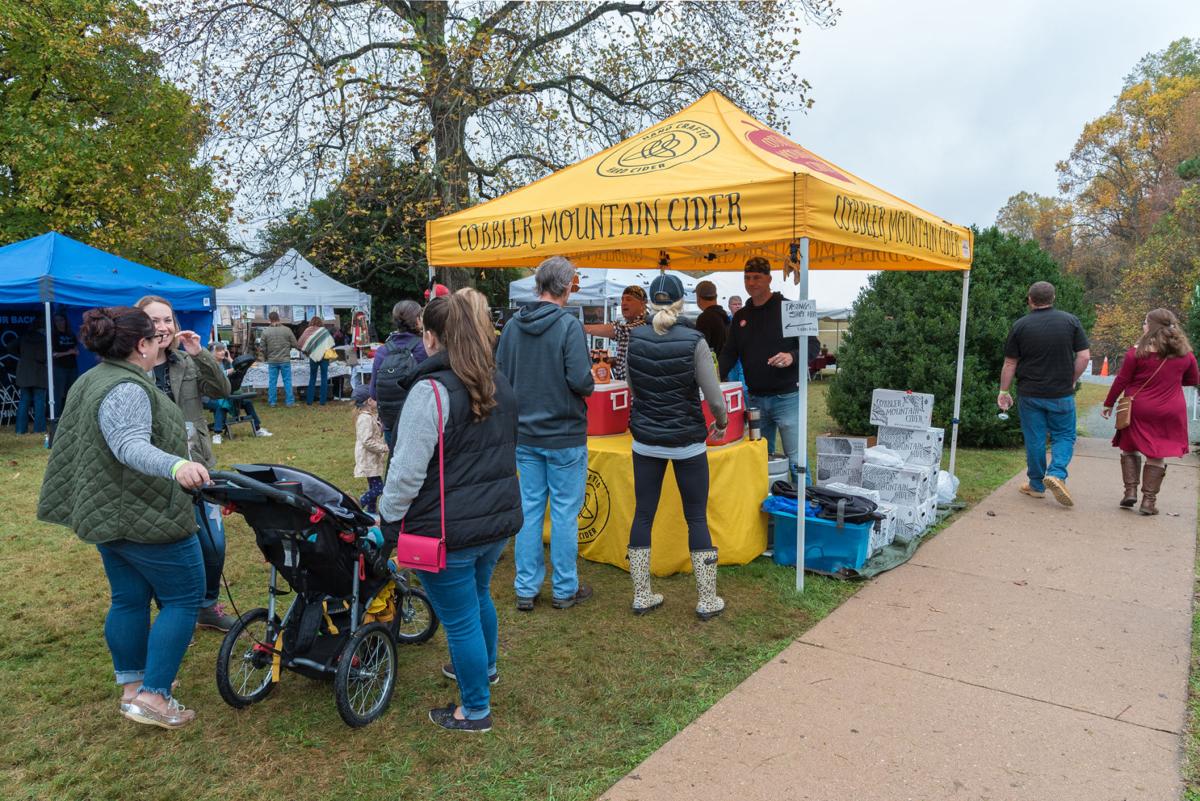 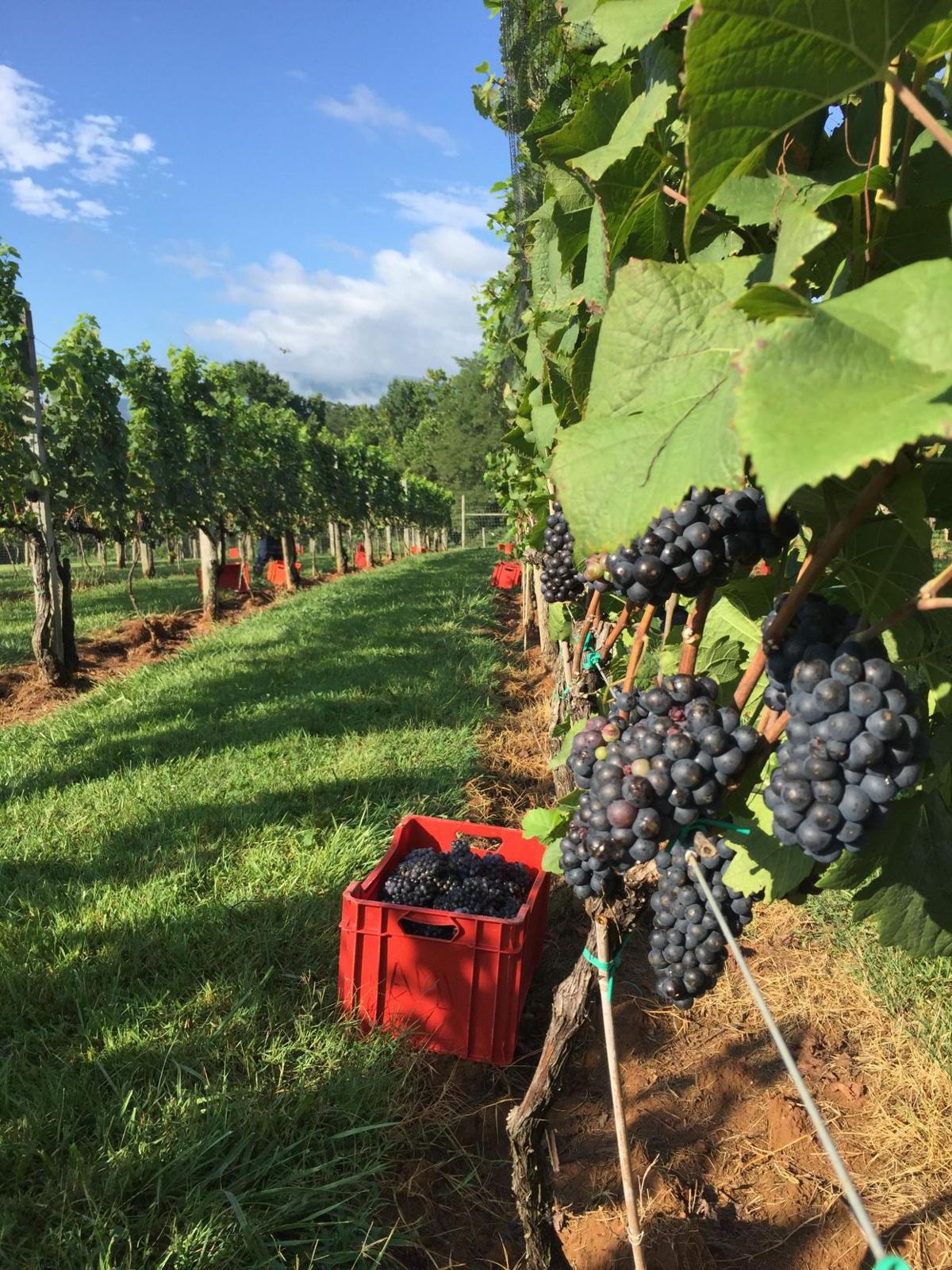 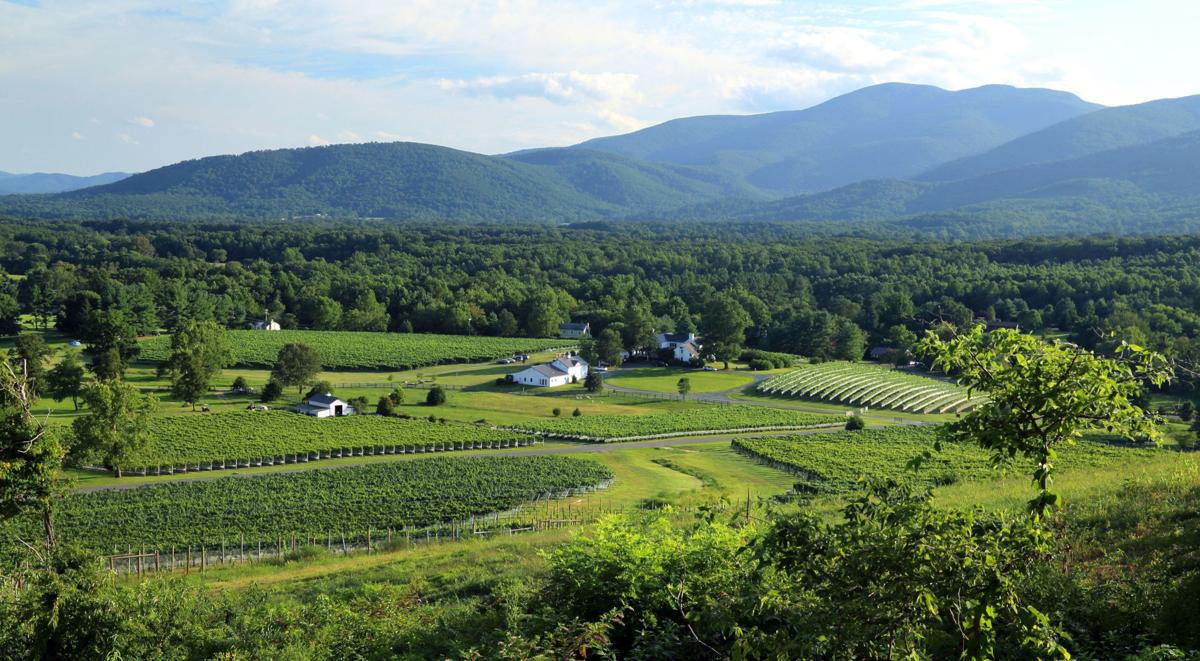 Owned by the Zonin family, proprietors of the largest Italian wine company, producing wine since 1821, Barboursville Vineyards concentrates on quality. Luca Paschina, General Manager. and winemaker is a graduate from Umberto I Institute of Oenology in Alba, Italy. Virginia Tourism Corporation, www.Virginia.org

About four decades ago, a few hardy souls planted grape vines in Mid-Atlantic soil hoping to resurrect a wine industry. The wineries began banding together into wine trails and, much later, began embracing an infant craft beer industry. More recently, other craft beverages — distilled spirits, cider and mead — have joined the options, and today those options seem almost limitless no matter what your beverage preference. But the experiences, scenic beauty and entertainment offered by the craft beverage entrepreneurs are equally attractive.

Washingtonians, long familiar with the wineries of Loudoun and Fauquier counties, can look just over the horizon to the south, north, west, and east to find an ever-growing set of opportunities to enjoy the craft beverage scene.

Orange County, Va. (visitorangevirginia.com), is home to some of the state’s oldest wineries of the modern era. Barboursville Vineyards, producing Italian-style wines, is a getaway option itself, with its restaurant and inn, all in an 18th century setting. Also in Barboursville is the small Reynard Florence Vineyard, where the owners pride themselves on their vineyard management and the resulting wines.

Horton Vineyards in Gordonsville is another of Virginia’s best known wineries and grew from Dennis Horton’s interest in working with Viognier and the classic Virginia Norton grape that was nearly eliminated during Prohibition. Honah Lee Vineyards supplements its wine offerings with the BerryWood Crafters selection of baked goods, sauces, jams, gift baskets, jewelry and crafts.

Near the town of Orange, Hammerstone Cellars is six years old and produces four reds, four whites and a rosé wine. Also near Orange, Chateau MerrillAnne is a boutique winery that prides itself on offering excellent wine in a barn on a working farm.

Willow Spring Brewery is the in-house brewery at the Light Well Restaurant in Orange. Iron Pipe Aleworks is opening in Orange this fall and Unionville Brewing Company will be opening in a farm setting in Unionville.

Madison County (madisonva.com), in the Virginia Piedmont and named for President James Madison, is home to Bald Top Brewing Company that produces its beer using hops grown on its own farm and locally sourced ingredients. Live music is offered most weekends and food trucks are scheduled most days.

The county’s newest brewery and winery, Shotwell Run Brewery and Blue Quartz Winery, opened this summer in Etlan, Va., garnering good reviews for the initial offerings. The county’s traditional wineries, however, are among its star attractions. DuCard Vineyards is Virginia’s only solar powered winery and its 1,000-foot elevation offers views of Shenandoah National Park. Prince Michel is one of the state’s premier wine estates and produces Prince Michel, Madison and Rapidian River wines. Following a self-guided tour, enjoy a tasting in the unique “see through” tasting room atop the winery.

Early Mountain Winery’s 300 acres produce wines that are sampled in a tasting room that also serves a full restaurant menu crafted from local farms. A curated selection of other Virginia wines is also available. Revalation Vineyards pairs its wines with stunning views from the porch of its 1830 log cabin.

A bit to the south, Nelson County (nelsoncounty.com/red-white-brews) has one of the Old Dominion’s widest varieties of craft beverage tasting opportunities, generally split along the Route 29 and Route 150 corridors. Mountain Cove Vineyards is Virginia’s oldest winery, with its first vines planted in 1973. Its wines also meet vegan standards. Brent Manor Vineyards is notable for its mix of Old and New World and its ever-changing variety of Portuguese wines. Veritas Vineyard & Winery is also among Nelson County’s nine wineries and has been a two-decade labor of love for a whole family of scientists, now producing 17 different wines.

The Brew Ridge Trail offers six craft breweries, several of which include full restaurants. Blue Mountain and Devils Backbone breweries are especially notable for the restaurants and views as well as the beer and Wild Wolf Brewery for its historic location. The county also has three cideries and three distilleries.

The Monticello Wine Trail (monticellowinetrail.com) spans the counties around Charlottesville, Va., and includes 35 wineries within the Monticello American Viticultural Area. (see more about the trail in the story here).

East of Interstate 95 and along U.S. Route 301, Virginia’s Northern Neck is home to two annual wine events worth checking out. The Caledon Art and Wine Festival on Nov. 2-3 combines tastes from local wineries and restaurants with beautiful creations by local artists and music. The festival at Caledon State Park in King George is family and pet friendly. The park, a National Natural Landmark, is known for its old growth forest and as the summer home to many American bald eagles. (facebook.com/caledonartandwine)

The Chesapeake Bay Wine Trail that stretches south along the bay from the Northern Neck region hosts its Fall Oyster Crawl Nov. 11-12. Eight participating wineries offer one or more oyster dishes to pair with wines. (chesapeakebaywinetrail.com)

Maryland’s once strong commercial brewing industry is now represented by the Guinness facility that opened last year in western Baltimore County. A strong craft beer industry now fills the growlers of beer enthusiasts and will be celebrated at the Baltimore Craft Beer Festival on Nov. 2 at Canton Waterfront Park. Dozens of Maryland craft breweries will be joined by local food trucks, craft vendors, and bands providing live entertainment.

East of Baltimore, Harford County (visitharford.com) boasts three craft breweries, AleCraft Brewing and Independent Brewing in Bel Air and Falling Branch Brewery in the town of Street. The county’s wineries include one of the state’s best known, the 33-year-old Fiore Winery that produces Italian-style offerings. Harford Vineyard in Forest Hill produces 11 wines while Mount Felix Vineyard in Havre de Grace features one of Maryland’s stately villas and overnight accommodations in addition to its selection of dry, sweet and port-style wines.

Washington County’s wineries include Antietam Creek Vineyards in Sharpsburg, where Bordeaux-style wines enhance the views of the Antietam battlefield. Big Cork Vineyards in Rhorersville has an elegant tasting room with wraparound heated deck and Grab-and-Go Market on 100 acres. Knob Hill Winery in Clear Spring offers tastings of its baker’s dozen wines in a restored 200-year-old Bank Barn. Red Heifer Winery in Smithsburg opened on the site of the family’s peach orchard in 2012. Blue Mountain Wine Crafters, owned by a wine and beer enthusiast couple, is also a place to get supplies for home beer and wine making.

Nearby York County, Pa., (yorkpa.org) offers a free map and guide to its Good Libations Trails comprised of the venerable Mason-Dixon Wine Trail, Susquehanna Ale Trail, and Keystone Craft Spirits Trail. The county promotes the Mason-Dixon Wine Trail as a way for wine enthusiasts to explore the many family-owned wineries in York County and the surrounding area. While concentrated around York, the 14 wineries stretch from Gettysburg to Hershey and offer a wide variety of styles and experiences.

The Susquehanna Ale Trail also has 14 locations between Gettysburg and Hershey, each with passionate practitioners of the brewer’s art and many offering food as well. Among the trail members, Battlefield Brew Works is collocated with Spirits of Gettysburg Distillery in a historic building. After a decade of running a restaurant, the owners of Al’s of Dillsburg began brewing their own beer on site as Big Bottom Brewery. Bube’s was an active brewery in Lancaster from the mid-1800s until the early 20th century. After 84 years, the name again graces labels at Bube’s Brewery Dining & Entertainment in Mount Joy.

The ten members of the Keystone Craft Spirits trail also stretch across the region, from Lititz to Harrisburg to Dover, west of Gettysburg. Old Republic Distillery was York County’s first distillery since Prohibition and you can see the distilling operation from the tasting room. Bald Hills Distillery in Dover is bringing traditional family moonshine recipes to life. Crostwater creates a range of whisky, rum, gin and vodka and also offers a tempting menu as well as brunch. You can even catch a bit of history at the Northern York County Historical Society in Dillsburg where folks are working on re-creating the Eichelberger Distillery that will use the 18th century techniques and recipes for producing Pennsylvania rye whisky.

You can download a map and passport for the trails at yorkpa.org. As you travel the trails, purchase a tasting, glass or growler from six locations you’re eligible for a free gift. You can return the passport by mail or send in a snapshot to collect your prize.

The options are nearly endless, so follow the trail of your choice for a great fall experience.