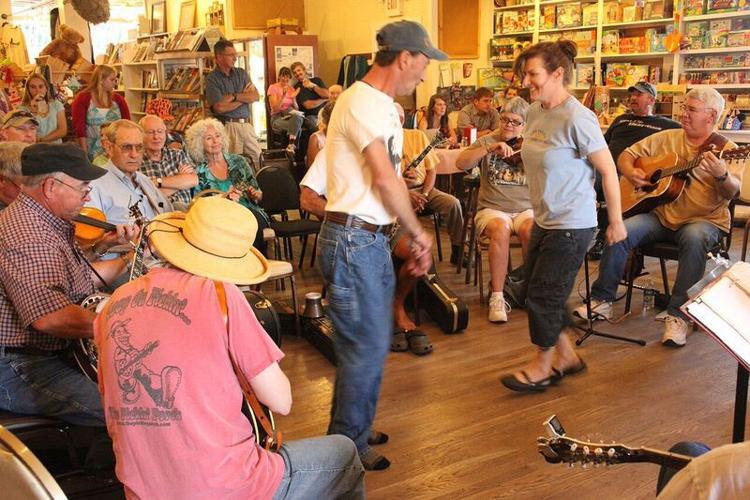 Kick up your heels at an impromptu gathering in Floyd, Va. […] 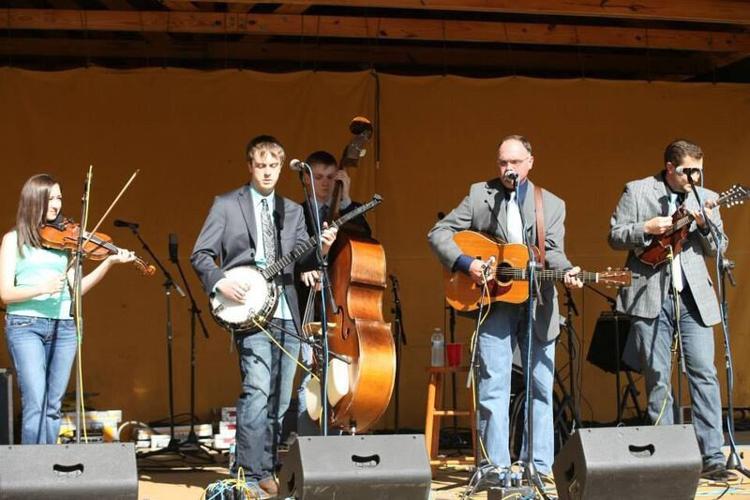 Kick up your heels at an impromptu gathering in Floyd, Va. […]

Communities along the Blue Ridge Mountains of Southwest Virginia have long celebrated the region’s storied legacy of traditional music. This June, these connoisseurs of folk sound will host a nine-day celebration of the traditional harmony, toe-tapping rhythm, and rich culture that have helped to shape the state’s renowned Crooked Road Heritage Music Trail.

The second annual Mountains of Music Homecoming, June 10–18, is not only an impressive union of acclaimed musicians, but also a showcase of the region’s artistic, nostalgic, and adventurous soul. Twenty-five concerts and more than 100 cultural events will take place along the 333-mile span of the Crooked Road, which includes 19 counties, four cities, and 50 towns. Along the trail there are nine major venues and more than 60 affiliated venues and festivals that host events year-round.

During the event, festivalgoers can choose from a host of live performances featuring bluegrass, gospel, and other traditional music styles, along with cultural events happening each night throughout the region. The unique venues include concert halls, art museums, theaters, and other locations.

“It’s the one time of the year when every community in Southwest Virginia is in the spotlight and has a chance to share what makes them special,” according to Jack Hinshelwood, festival organizer and executive director of the Crooked Road.

This year’s performers include a host of well-known and regionally known artists.

In Galax, HoustonFest will join in this year’s festivities, June 10–11 at Felts Park. Among the musical lineup are Ricky Skaggs and Kentucky Thunder, Wayne Henderson and Virginia Luthiers, Blue Highway, and New Ballards Branch Bogtrotters.

In addition to traditional harmonies of the region, the festival will welcome the music of Ireland when the John Doyle Trio performs June 14 at the Harvester Performance Center in Rocky Mount and June 15 at the McGlothlin Center for the Arts at Emory and Henry College in Emory.

On June 16, Jesse McReynolds and the Virginia Boys will perform at the Floyd Country Store in downtown Floyd, and on June 18, the Montgomery Museum will present Seldom Scene and other heritage music artists along Main Street in downtown Christiansburg.

Traditional Appalachian food will be included in the Homecoming Festival: A Celebration of Appalachian Creativity in Abingdon. While the focus is on music, organizers hope to shine the spotlight on the region’s innovative and creative cuisine, as well.

“An Appalachian homecoming always involves food,” said co-organizer Katie Hoffman. “Appalachian food is bountiful, it’s fresh, and it’s given with love. People will share whatever they have with you and they will put the best they have on the table, and that’s what we want to do.”

Locally grown and prepared food will take center stage at the event. Speakers for the event include some of the region’s most inventive artists, artisans, and writers, and a performance will feature the distinctive harmonies of the Church Sisters.

A generous collection of cultural events complements the abundance of music throughout the festival’s nine days.

In Franklin County, the Crooked Road’s eastern gateway, the second annual Court Days event will feature a full day of live music, culture, and more than 100 vendors, June 11 in downtown Rocky Mount. A mix of local and regional bluegrass and Americana musicians will perform on an outdoor stage and at the Harvester Performance Center.

In Floyd County, the annual Floyd Artisan Trail tour, June 10–12, will feature local art, crafts, and agricultural products at more than 40 locations, and Riverstone Farm will host a tour and tastings on June 11.

Other events in the area include tours, line dancing events, a garden seminar, art demonstrations, and more.

Patrick County switches musical notes a bit with the Hot Fun in the Summertime Festival, June 9–11 in Stuart, Va. Beach music and rhythm & blues provide the background for camping, dancing, and shopping for handmade arts and crafts. The Crooked Road All-Star Bluegrass Band performs in Critz, Va., on June 13. The Bushels and Barrels Local Food, Wine, and Beer Festival sets the table for fun in Critz on June 17 and 18 and the Virginia Covered Bridge Festival takes place in Woolwine June 18.

It’s more music and fun than you can imagine in Southwest Virginia.