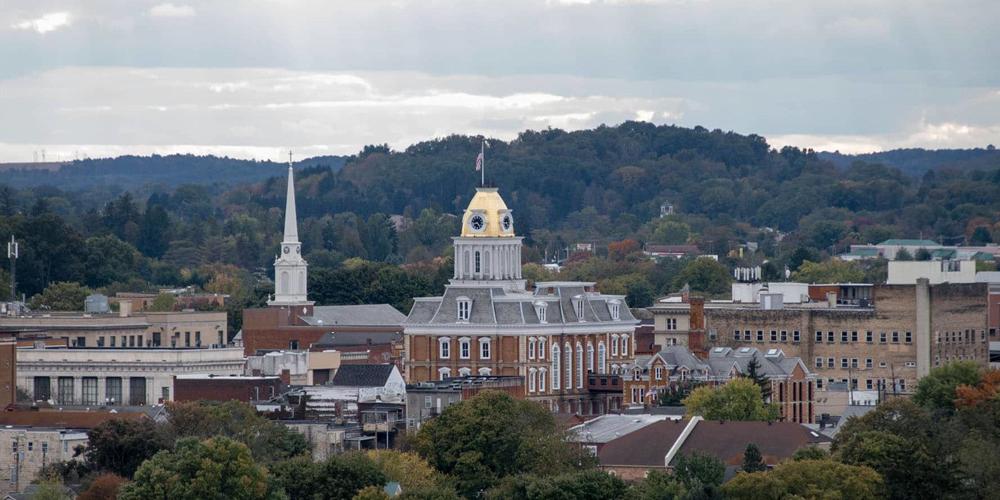 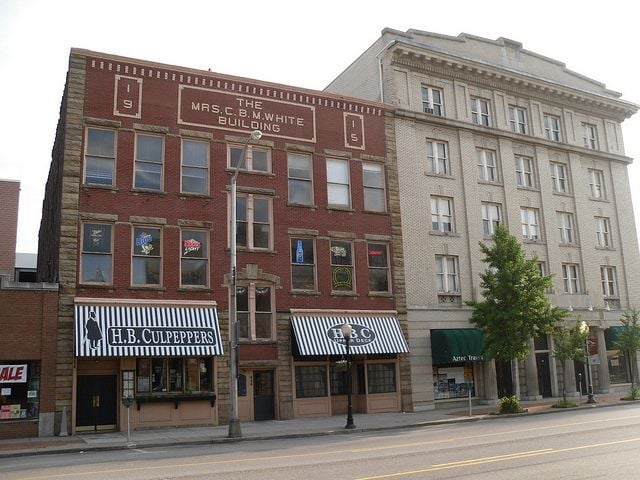 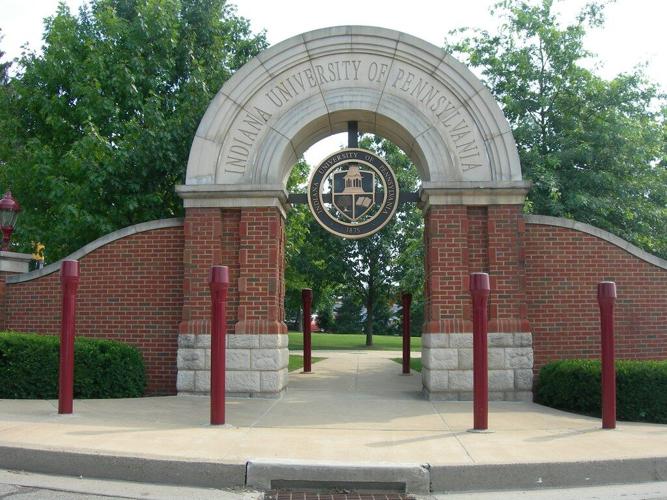 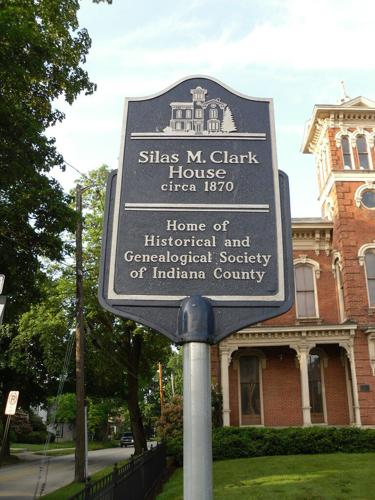 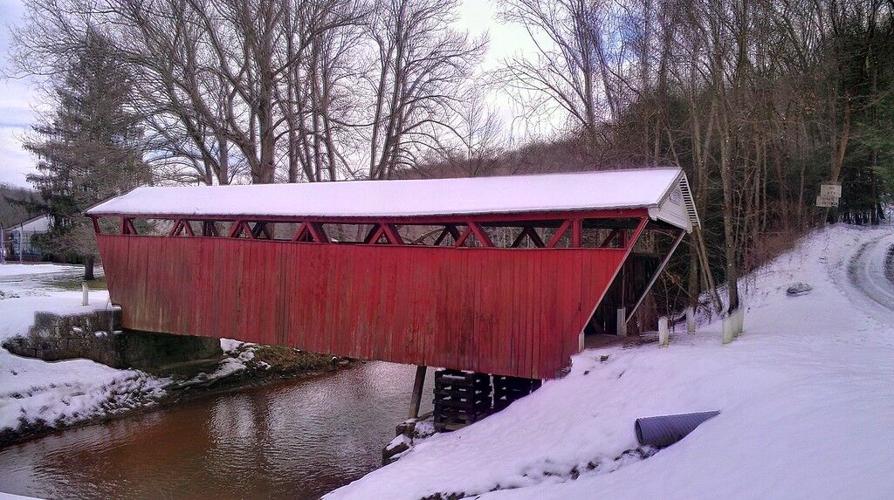 Come visit Indiana County, Pennsylvania, located in the foothills of the Allegheny Mountains, just one hour east of Pittsburgh. It is home to an extensive Rails to Trails system, a variety of yearly festivals and a community of Old Order Amish families.

Along with being the birthplace and childhood home of Hollywood actor Jimmy Stewart, it is also known as the “Christmas Tree Capital of the World.” Indiana University of Pennsylvania, attended by more than 10,000 students, is also located within Indiana County.

Blairsville's location along the Conemaugh River at the southern edge of Indiana County provided many opportunities for growth. From its beginning in the early 1800s, the town benefited from road, canal, and railroad traffic. Many of the people who settled in the area had strict religious convictions, and they became a strong force in the Underground Railroad movement.

In those days, bounty hunters tracking the freedom seekers often made comments about how swiftly the runaways moved and were able to disappear. It was almost as if they had an underground railroad, which gave rise to term we still use today.

Records were seldom kept due to the severe fines and threats of jail terms that accompanied anyone found guilty of breaking the law. At that time, the law forbade aiding and abetting any slave trying to reach freedom in Canada.

The history center celebrates the brave freedom seeker who traveled through Indiana County, beginning in Blairsville and moving northward, one hiding place at a time.

The UGRR History Center is located at 214 S. East Lane in Blairsville. It is housed in the former Second Baptist Church Building which in itself is historic. Built in 1917, it is the oldest African American church in Blairsville. Currently, the history center is open year-round open for visits on Mondays and Wednesdays from 5 p.m. to 8 p.m. and Saturday from 9 a.m. until noon, or by appointment. Call (724) 343-1014 or email blairsvilleugrr@yahoo.com.

At one time Indiana County was home to at least 48 documented covered bridges. Today, only four remain, and they are maintained by Indiana County Parks & Trails to preserve them for future generations.

This bridge was named by Isaac Kinter, a local shopkeeper, in honor of his father, John Kinter, a Revolutionary War veteran. J.S. Fleming, a Civil War veteran who was injured at the Battle of Cedar Creek, erected the bridge over Crooked Creek in September 1877. The bridge was constructed at a cost of $893.

The Kintersburg Bridge is the only Howe truss bridge in Indiana County and one of only four Howe truss bridges remaining in the state of Pennsylvania. Original design features of the Kintersburg Bridge included 10-foot overhangs at each portal. These overhangs were changed in the 20th century when the bridge was repaired. The bridge was bypassed in 1974.

In June of 1877 a county bridge over Crooked Creek near the property of John and Amos Thomas was approved for construction with the county to be responsible for two-thirds of the cost and John Thomas responsible for the remaining one-third of the bridge cost.

The bridge was not erected until 1879 when a notice was published for a "covered lattice bridge on the Kittanning and Indiana Road." Amos Thomas was the contractor, and Morton Fleming was the superintendent of the bridge which was constructed at a cost of $545. Abutment stones and lumber were secured from the nearby area and the bridge was completed in November of 1879.

The bridge was once known as Thomas Ford Bridge; prior to the construction of the bridge there was a fording (stream crossing) in this location. When the railroad was constructed in this area in the early 1900’s the bridge was known as Thomas Station Bridge. The original Thomas Bridge was reported to be the only Town lattice truss bridge in the United States constructed with a single supporting chord, rather than the normal two chords.

The Thomas Bridge was completely reconstructed in 1998 at a cost of slightly more than $1 million. The current bridge has a 20-ton weight limit. The Thomas Bridge crosses over Crooked Creek in Armstrong Township.

The bridge is 85 feet long with a 14-foot roadway and is located at 280 Thomas Covered Bridge Road, Indiana.

This bridge is the youngest of the county’s four covered bridges. John R. Carnahan was awarded a contract to build a "frame covered bridge" over Plum Creek. The contract specified that the bridge was to be completed within 30 days after the abutments were in place. The bridge was designed by Thomas Pealer, county engineer, and was completed in July of 1910 at a cost of $525. Harmon Bridge is named after Civil War veteran J.S. Harmon.

Harmon Bridge is the companion to Trusal Bridge, and both are located on the South Branch of Plum Creek, just off Five Points Road in Washington Township. Both the Harmon and Trusal bridges are constructed with Town lattice trusses. The bridges are located in a very picturesque farm setting.

The bridge is 45 feet in length and is located at 2725 Donahue Road, Creekside.

Trusal Bridge (also known as Dice’s Bridge) is the oldest of Indiana County’s covered bridges. At 41 feet the Trusal Bridge is the shortest of Indiana County’s covered bridges. It was named after Robert Trusal, a nearby property owner and Civil War veteran who owned the surrounding land at the time the bridge was built. Trusal Bridge is located about one-half mile downstream of the Harmon Bridge. The contractor and cost of the bridge construction are not known. The bridge was bypassed in 1990.

The bridge is 41 feet long and is located at 1961 Trusal Road, Creekside.

To schedule a trip to Indiana County, visit www.visitindianacountypa.org.