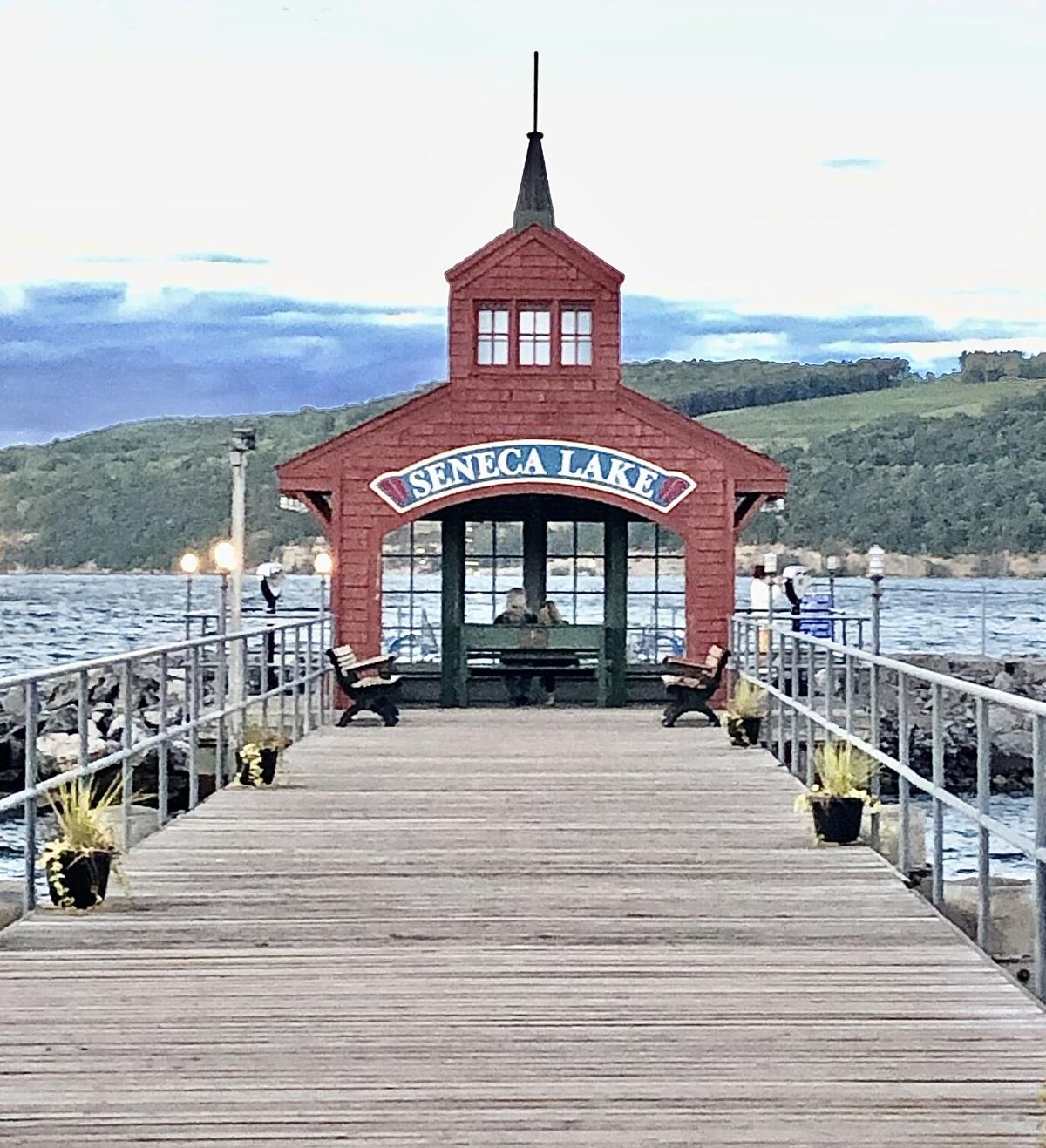 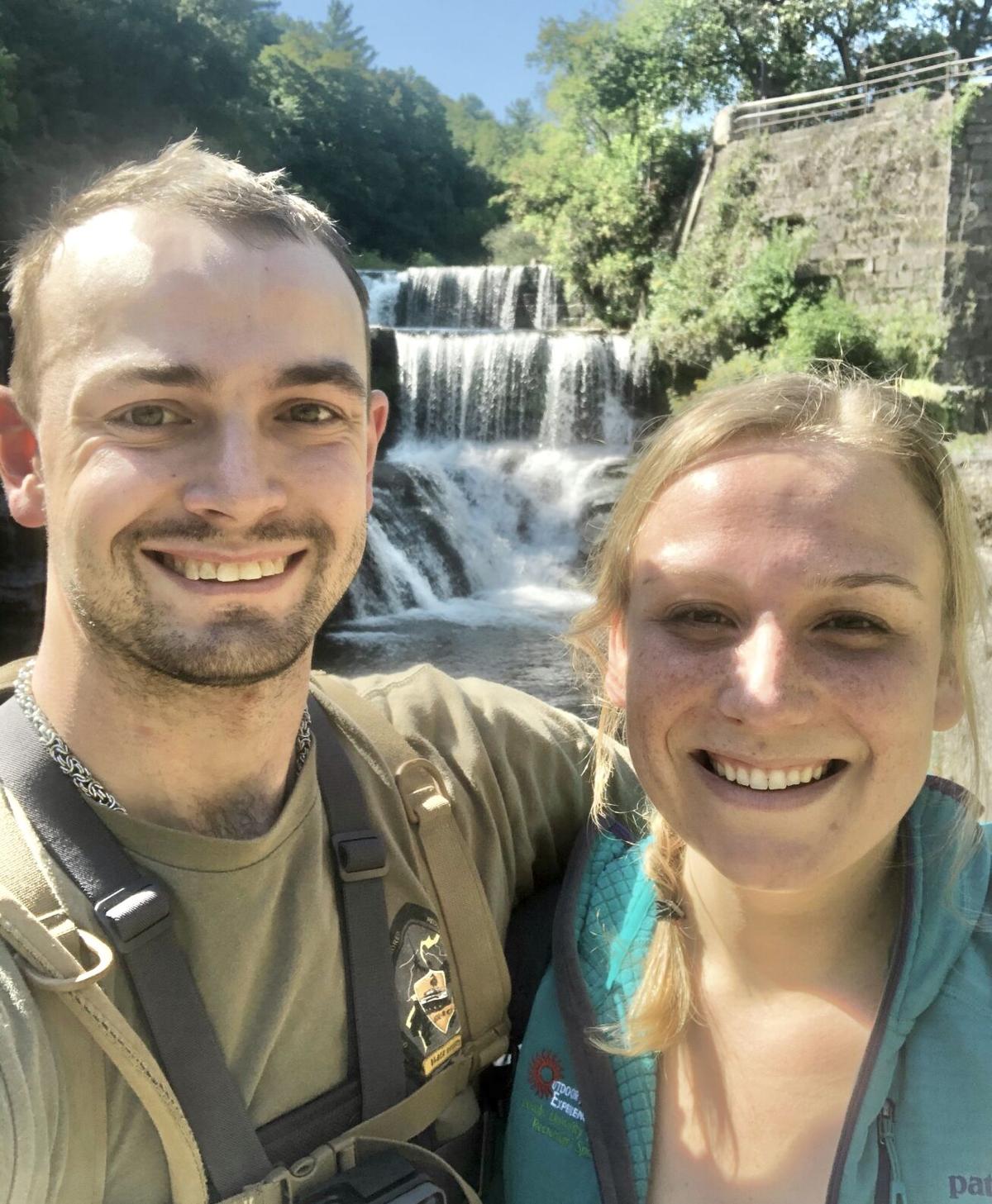 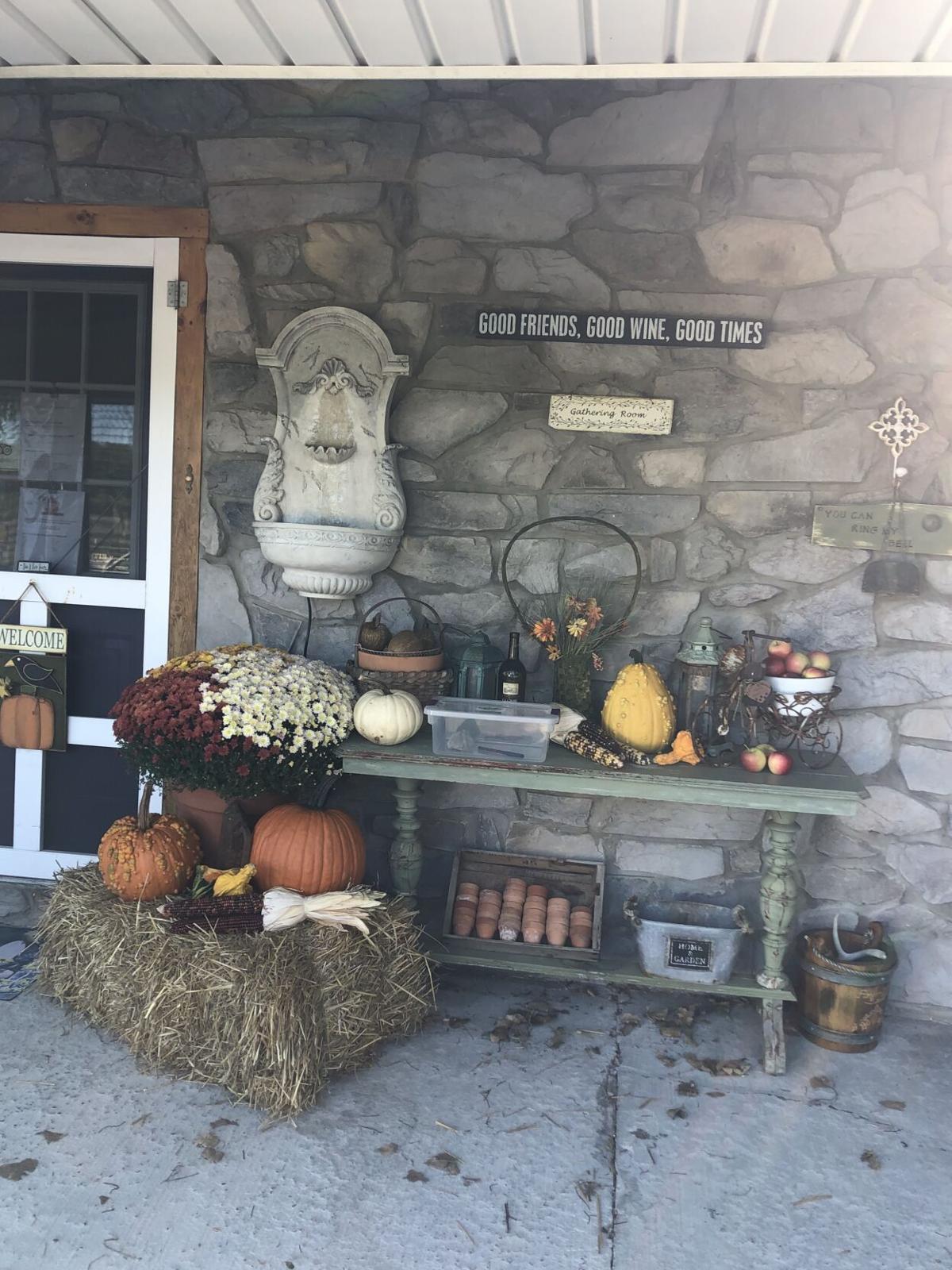 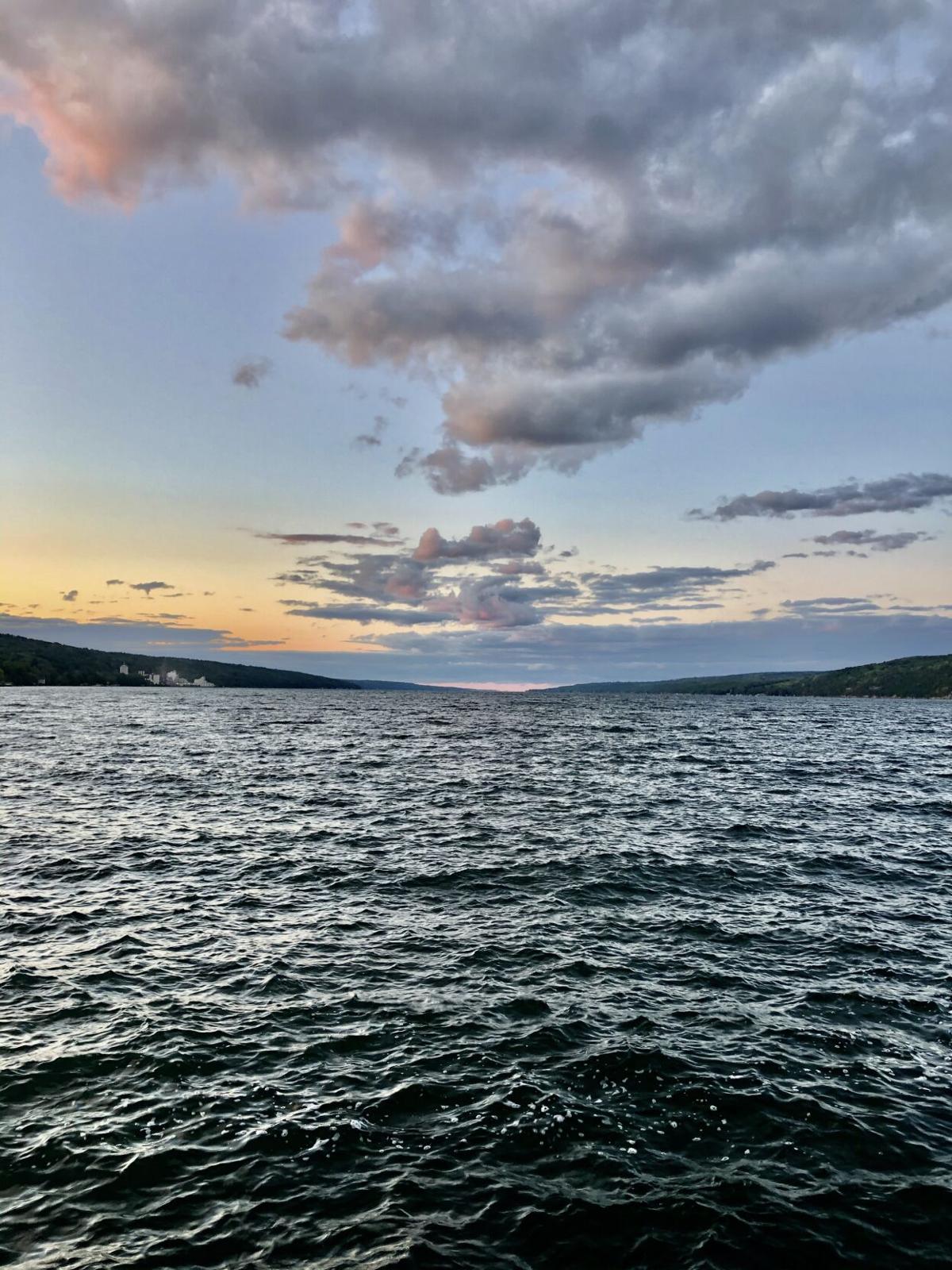 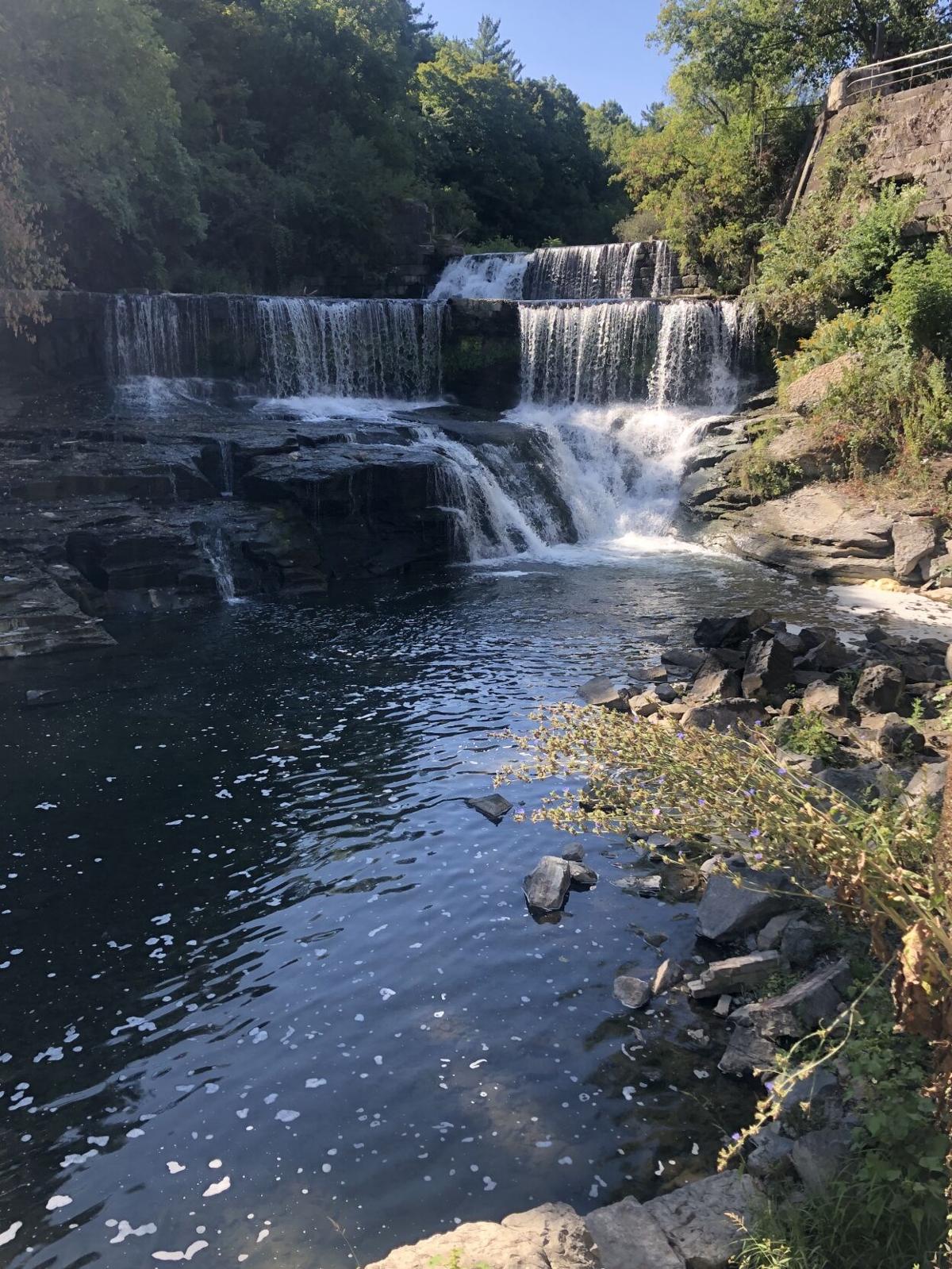 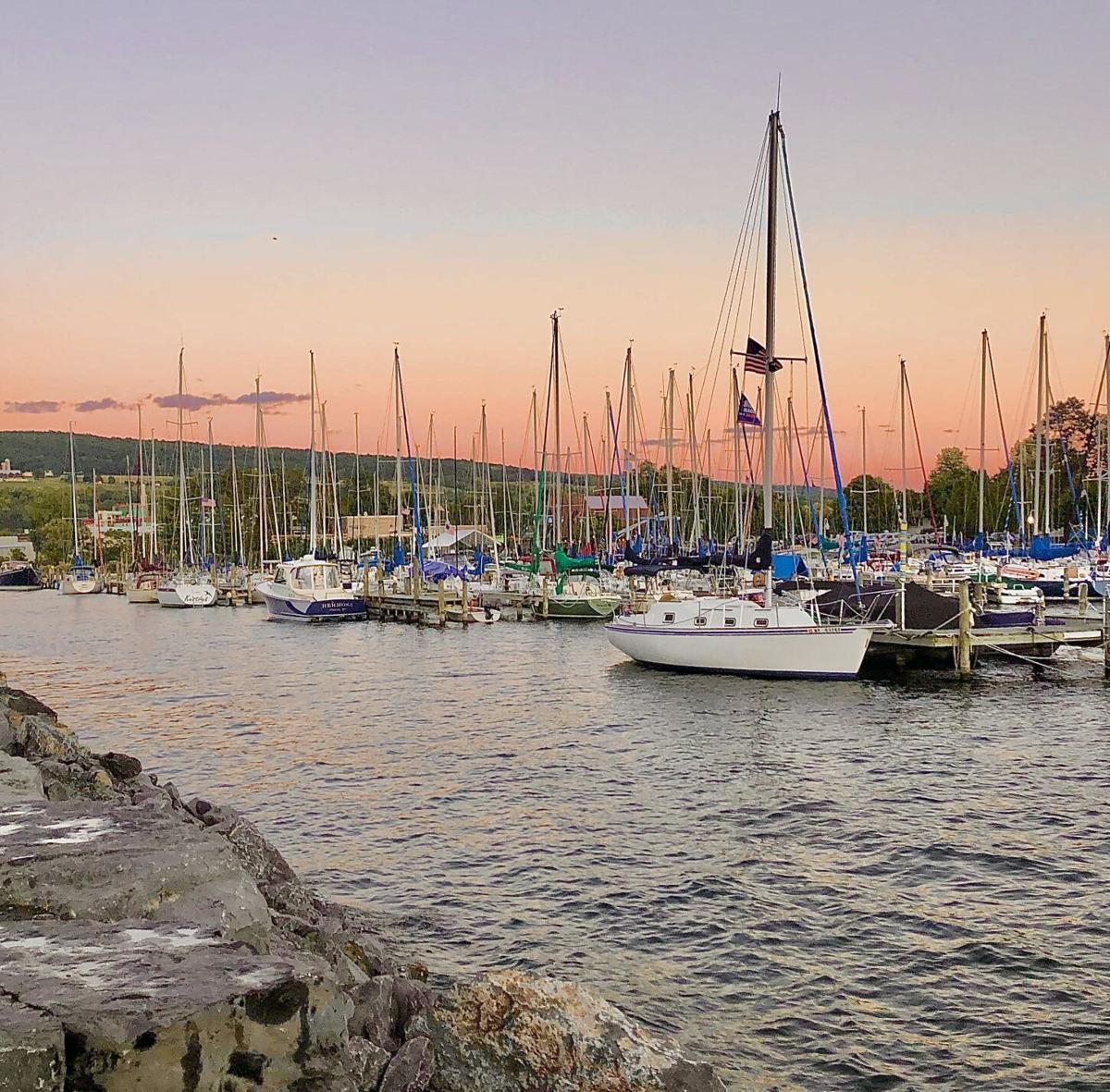 Past the winding mountain roads of Pennsylvania and into the picturesque wine country of New York’s Finger Lakes, there is an inn that rests beside Seneca Lake, just a stone’s throw from the water’s edge. Savannah House Wine Country Inn fits in so well with the neighboring vineyards, that its lavender and olive-accented exterior fixed with an array of mums and other seasonal bouquets has been mistaken for a quaint nursery.

Immediately when we pulled up to the entrance of the inn, we were greeted by both the refreshing breeze and smiles (even from behind masks) of Finger Lakes natives that would accompany us for the remainder of the trip. The rooms were decorated as delicately as a tea parlor with lace and vines spilling out from the walls. Owner Jeff Hoke stated that they like to make guests feel as though they are constantly immersed in the essence wine country culture and ambiance. Once inside our room, we promptly dropped our bags as well as our jaws. Past the private back deck was a clear view to Seneca Lake, where the water looked so blue, I had to reach out to be sure it wasn’t a backdrop.

When I was invited to stay at the Savannah House for a weekend, thanks to an abundantly generous co-worker whose in-laws own and care for the motel, I was ready for a weekend of gorgeous views and good wines. What I hadn’t known when I initially arrived at this piece of paradise between Watkins Glen and Penn Yan, New York, was that I would feel so at home when so far away. Though our Maryland blood wasn’t used to the chilly air in the early days of fall, we were kept warm by the hospitality of the folks at Savannah House and surrounding establishments.

Our first destination of the trip was downtown Watkins Glen, located at the south end of Lake Seneca. Lining the streets were inviting restaurants, unique shops and boutiques, and a mix of quaint and modern lodging, but the captivating attraction for us was Watkins Glen State Park. We decided to take the most renowned trail of the park, Gorge trail, which led us past 19 stunning waterfalls, but only after several hundred stone steps. The trip afterwards to the downtown Ben & Jerry’s along Watkins Glen’s main strip was well deserved.

The next day, we ventured to Catharine Valley Trail with bikes in tow, located at Watkins Glen high school. Soon after passing the high school’s baseball field and track path, we were welcomed into a nature preservation full of lush foliage and golden blossoms. The short and flat trail took us a little over two miles out-and-back but was a lovely way to start the morning and awaken the mind.

Every morning of our vacation, we awoke to blue skies and a bright, radiant sun. Though cooler in the early hours, the lake breeze quickly balanced with the warm sun, giving us perfect bike riding weather.

The next trail we conquered took us to the neighboring town, Penn Yan, just a fifteen-minute drive from the inn. Another out-and-back, we started down the Keuka Outlet trail that took us past even more vigorous and vivacious waterfalls. Filled with plenty of incline and opportunity to change gears, Keuka Outlet gave us reason to visit downtown for a full-bellied breakfast at the old-school style Penn Yan diner.

On the east side of Seneca Lake lays a barn run by a woman with grit and charm, Erika Eckstrom. My significant other and I decided to add horseback riding to our itinerary and so made the scenic drive up the hill to Painted Bar Stables. At the start of the lesson, Erika gave a brief but thorough introduction to the mechanics of horse riding, stressing that rather than riding atop a horse, we were riding with a horse between our legs. Erika likened the relationship between rider and horse to a dance that requires fluid and relaxed movement.

As an equestrian rookie paired up with a pro rider of nearly 15 years, I was much more nervous than my counterpart at the start of the ride. But after a few hoof stomps into the winding trails, I found my horse, Captain (a Tennessee walking horse) and I samba dancing. Two hours later, I was hesitant to dismount from Captain—and not just because I feared landing butt-first on the dirt.

The experience was a magnificent way to destress and truly leave behind all matters outside of the property. The moment you mounted one of Painted Bar Stables’ steeds, you enter another world full of grace and adventure. As we left the barn, I called to our instructors what I later considered to be the perfect summation for our trip to Seneca Lake:

“We couldn’t ask for better weather, better people, or a better trip.”