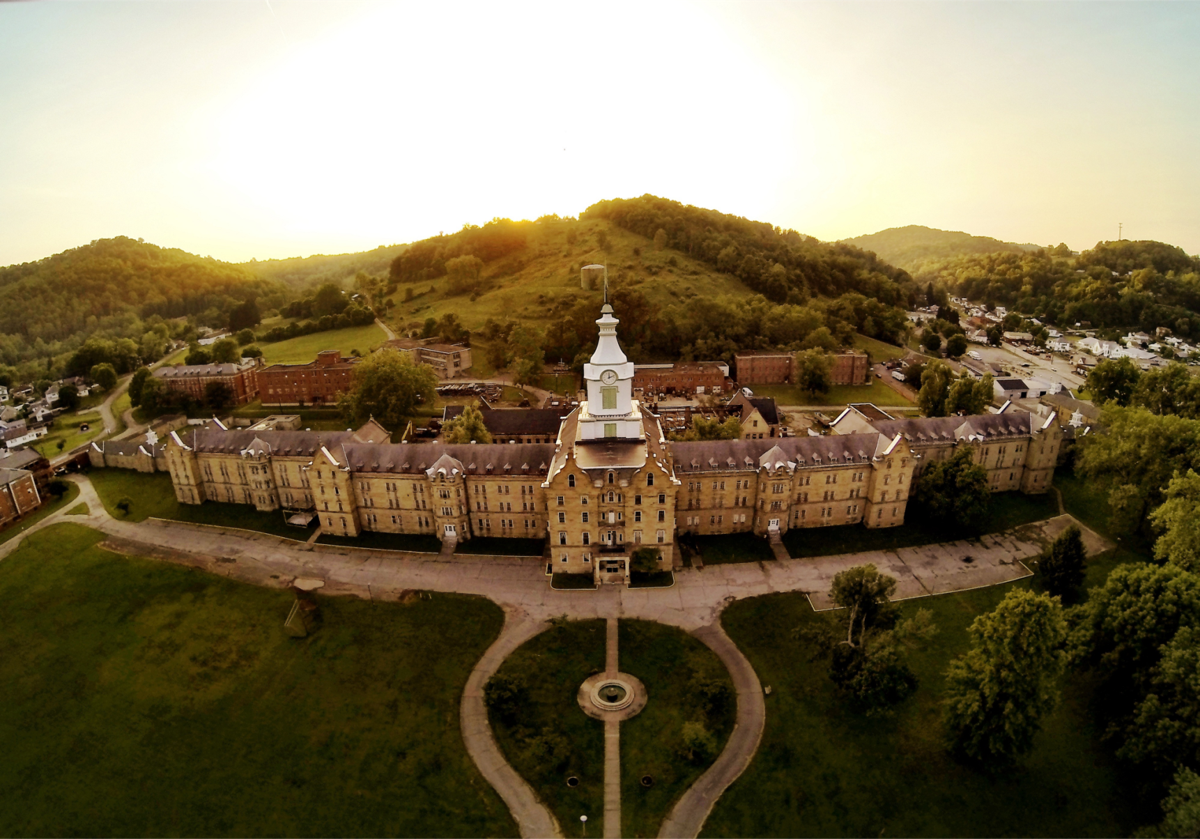 The Trans-Allegheny Lunatic Asylum (TALA) is located just three miles off of I-79, right along Highway 33, in North Central West Virginia./Frank Polievka 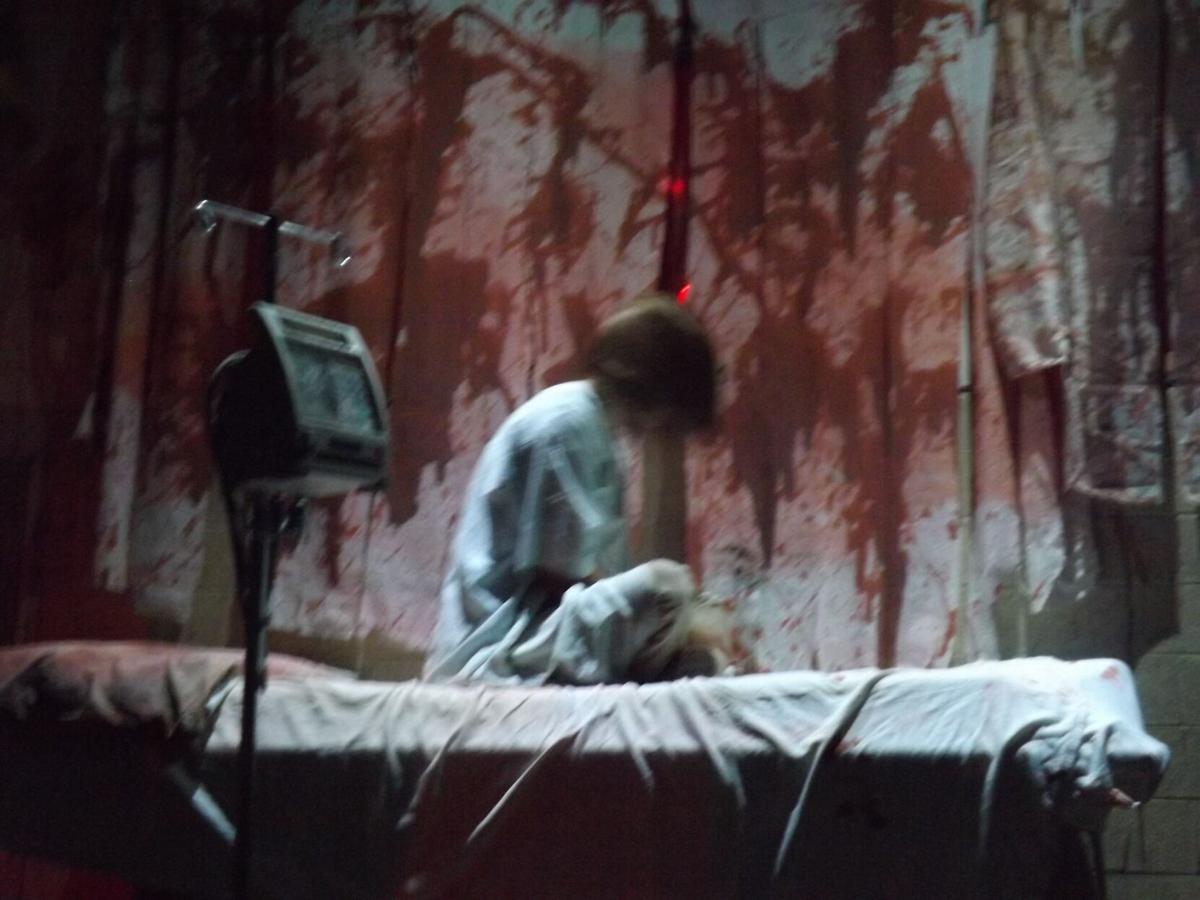 Thousands have been committed to the asylum over the years, and hundreds died within. Decide for yourself if they’re still occupying the historic wards and treatment rooms./Trans-Allegheny Lunatic Asylum

The thermometer registers 80 degrees on this sunny summer morning, yet I feel a shiver run down my spine.

A tour guide and I stand in a hallway at the Trans-Allegheny Lunatic Asylum, all alone on the fourth floor. Or are we?

A bathroom stall door slowly creaks shut off in the distance. A figure of some sort briefly blocks out the light streaming through a window at the end of the hall. And is that faint whistling we hear?

I’ve come to the Kirkbride Building, the hulking main structure in the asylum complex—at 242,000 square feet the second-largest hand-cut stone masonry edifice in the world, after only the Kremlin — to see if this tourist attraction in Weston, West Virginia, lives up to its billing as one of the most haunted sites in America. It doesn’t disappoint. It rarely does.

“I’ve been to a lot of famously haunted places,” said paranormal investigator Aaron Sulser, who has explored the Kirkbride Building on numerous occasions. “It’s certainly one of the most active places I’ve been to. I’ve always gotten something that you can’t quite explain — a voice or a feeling or something. I’ve never drawn a blank there, ever.”

Asylum employees have no doubt it’s a paranormal hot spot.

“All of our staff here, we have unexplainable experiences on a regular basis,” said office manager Bethany Cutright. “I’ve never had Casper jump out and give me a high-five, but I have had things happen that I couldn’t explain. And when I walk through those areas, the hair stands up on the back of my neck.”

Employees and visitors have reported seeing full-bodied apparitions, shadow figures and misty forms. They’ve heard thumping and banging noises, moans, whispers, anguished cries and the squeaky wheels of invisible gurneys rolling through the hallways. A few have been touched by an unseen presence.

Operations manager Rebecca Jordan Gleason flat-out refuses to enter a ward on the fourth floor anymore after hearing multiple doors slam when no one else was around. “I’m 100 percent creeped out up there,” she said. “If I have something that needs to be done there, I send someone else.”

Unnerving? You bet. And yet some 75,000 visitors a year voluntarily enter these haunted halls to partake of nighttime paranormal tours and ghost hunts. Many experience something supernatural — as I did.

The most compelling evidence is often provided by electronic voice phenomena (EVPs), defined as recorded voices or sounds not heard at the time by the human ear. Direct a question into the darkness and you might just get an answer. I entered a room in the third floor violent men’s ward during a late-night paranormal tour and asked, “Why are you here?” When I later listened to my tape, the breathy reply — “manslaughter” — gave me goose bumps.

Paranormal guide manager Valarie Myers knows the feeling. “You can be in there and think nothing’s happening,” she said, “but then when you play back your voice recorder, you might have to scrape your chin up off the floor.”

Given the unrelenting misery of life behind these walls during the asylum’s years of operation (1864-1994) — patients were often subjected to treatment that today would be deemed barbaric, and more than 50,000 died here — is it at all surprising that these tormented souls are restless? Or that strange sounds whose origins can’t be pinpointed echo through the halls?

“You’ll be in the building by yourself and you’ll be on the second floor and you’ll hear furniture moving on the third floor,” Jordan Gleason said. “And you go up and no one’s there and everything’s where it was. You’re still by yourself — or, at least, you know, kind of.”

No wonder fans of the paranormal flock to the Trans-Allegheny Lunatic Asylum. They invariably return home with tales of disembodied voices, unexplained noises, even apparitions.

Or, as in my case, an EVP in which something unseen answered a question.