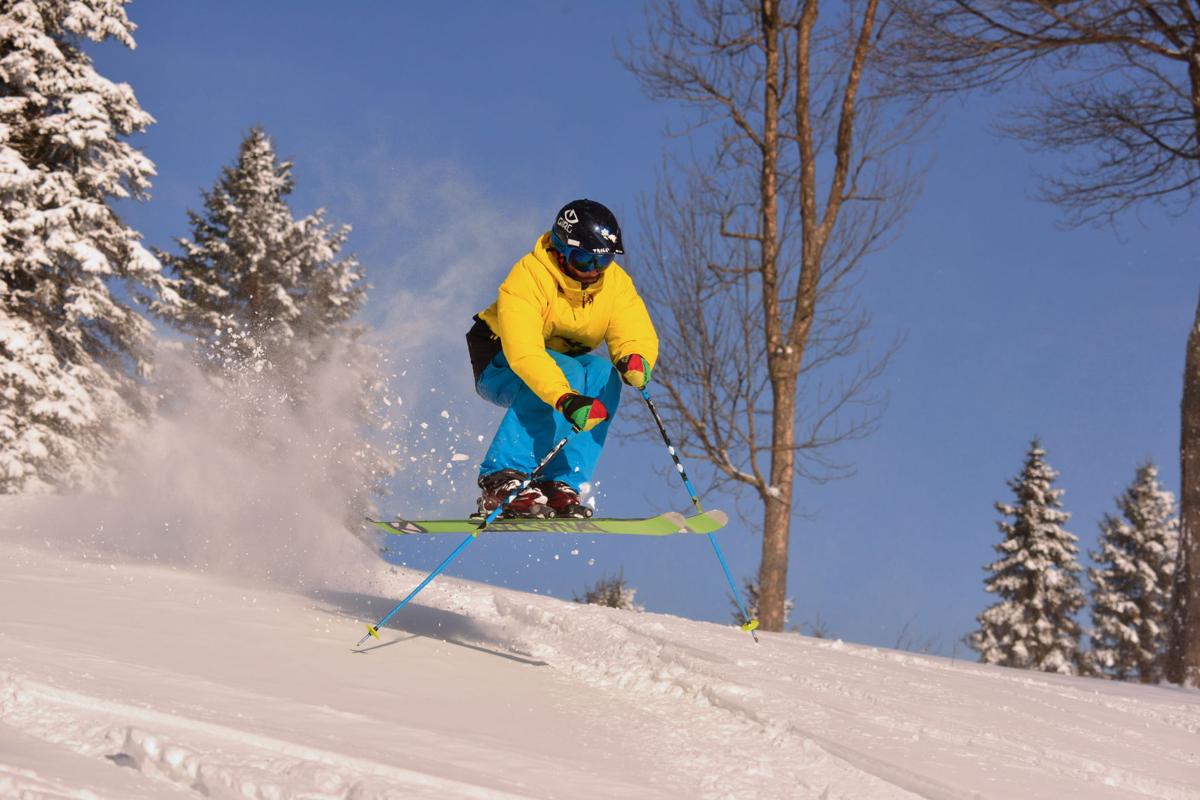 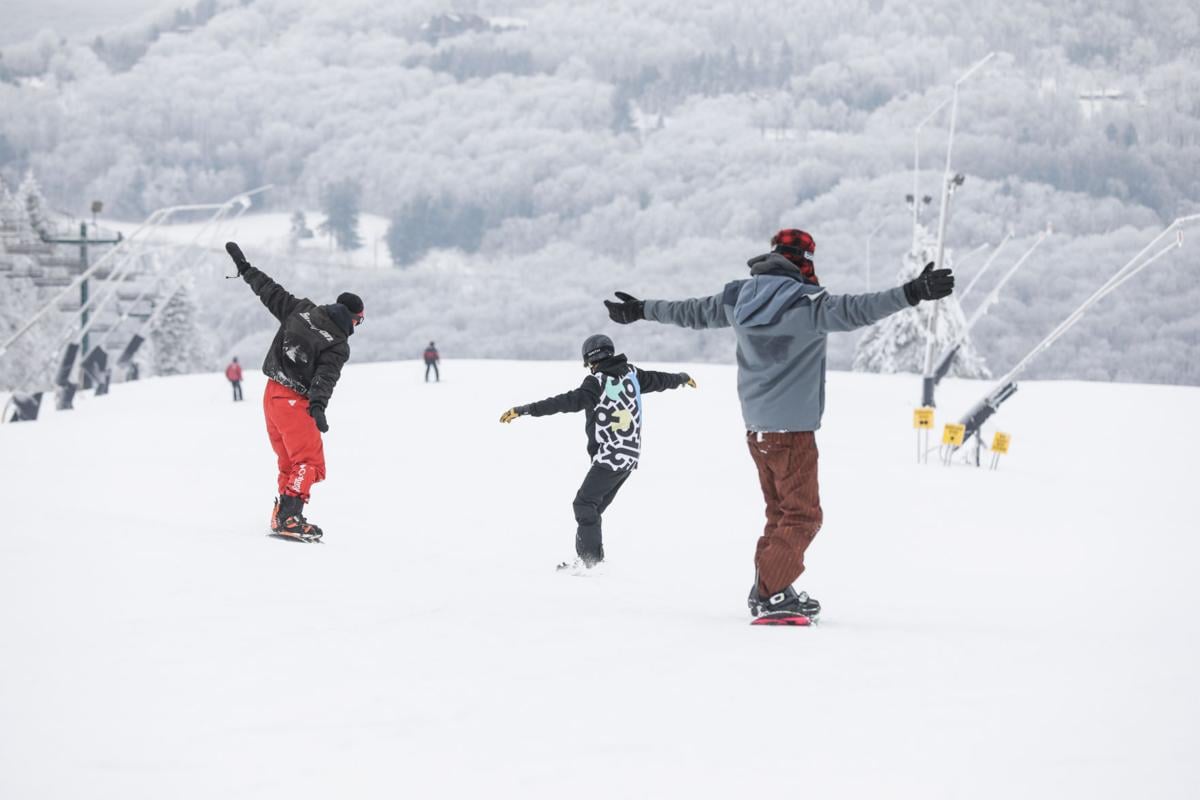 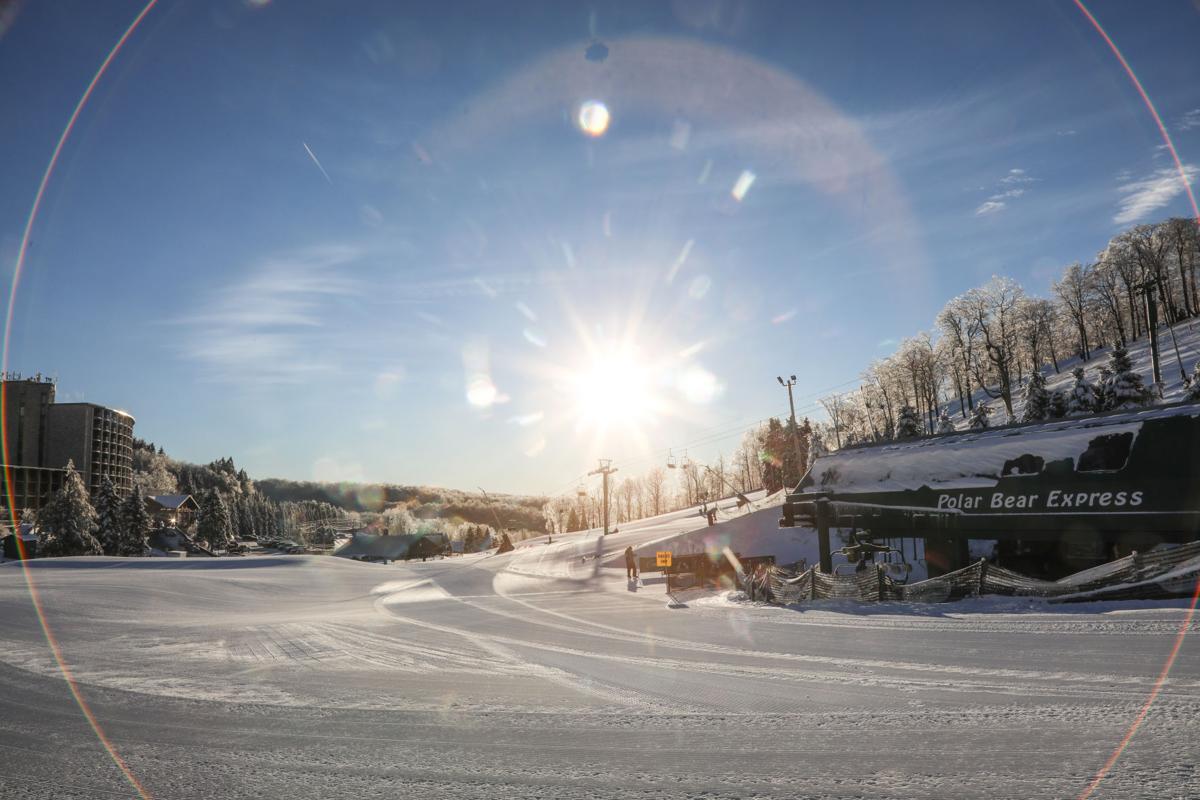 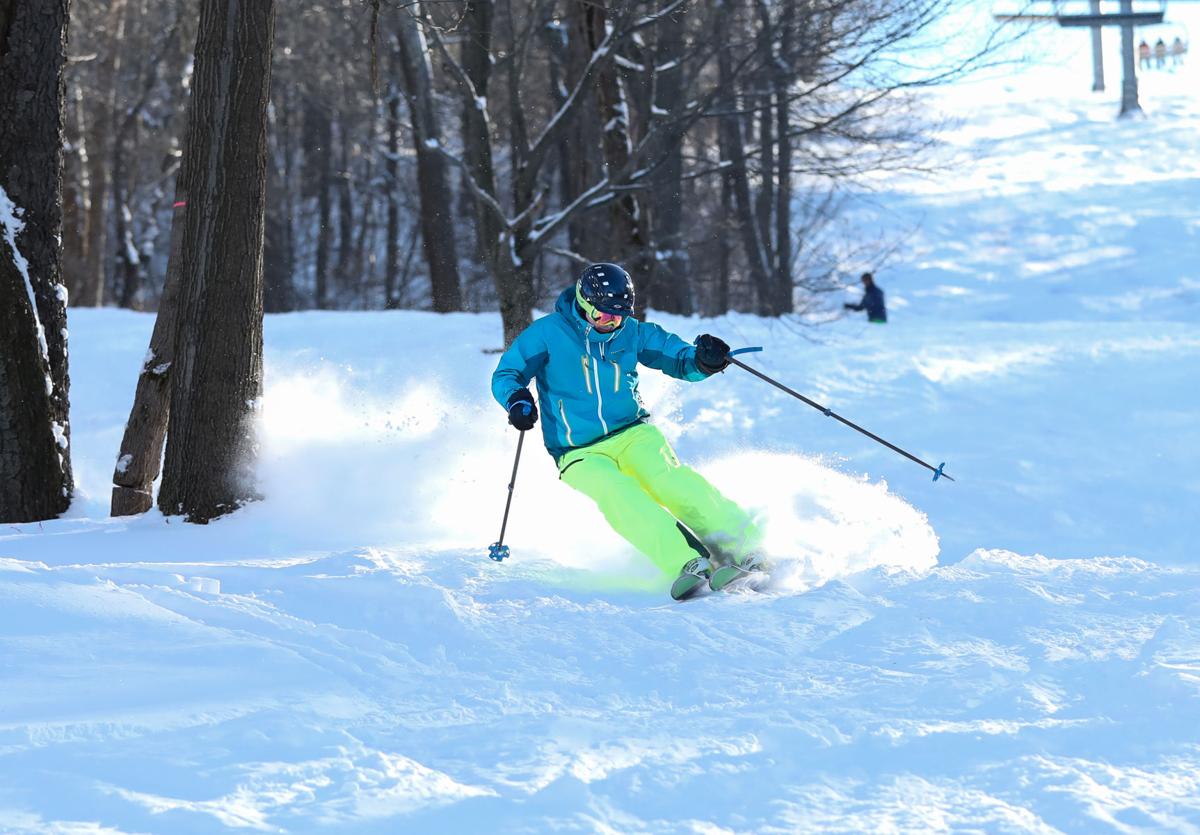 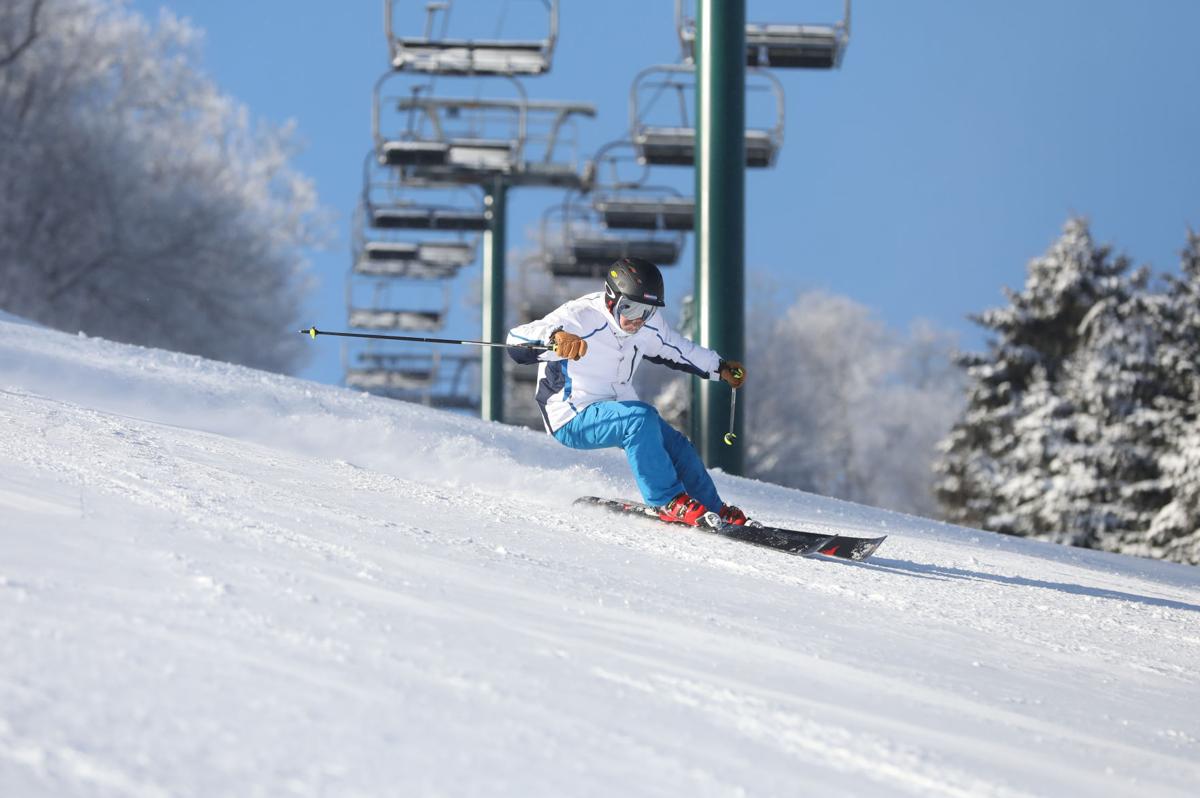 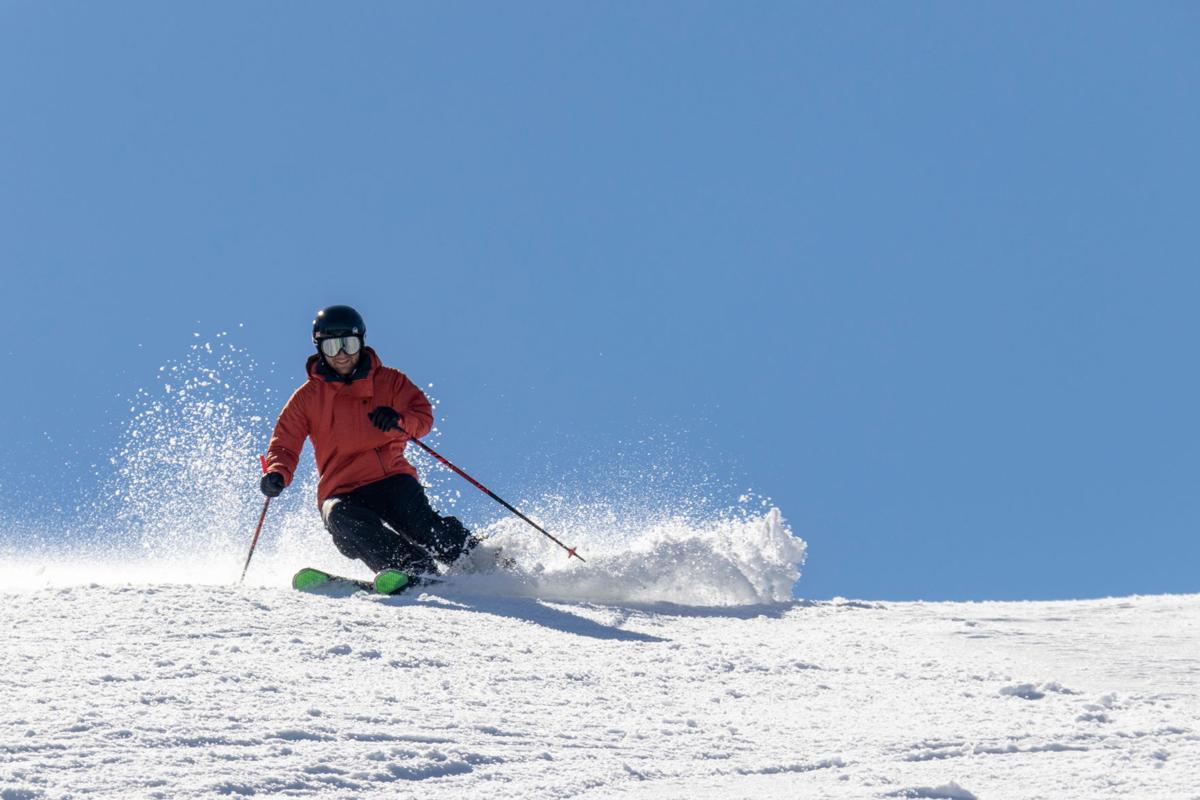 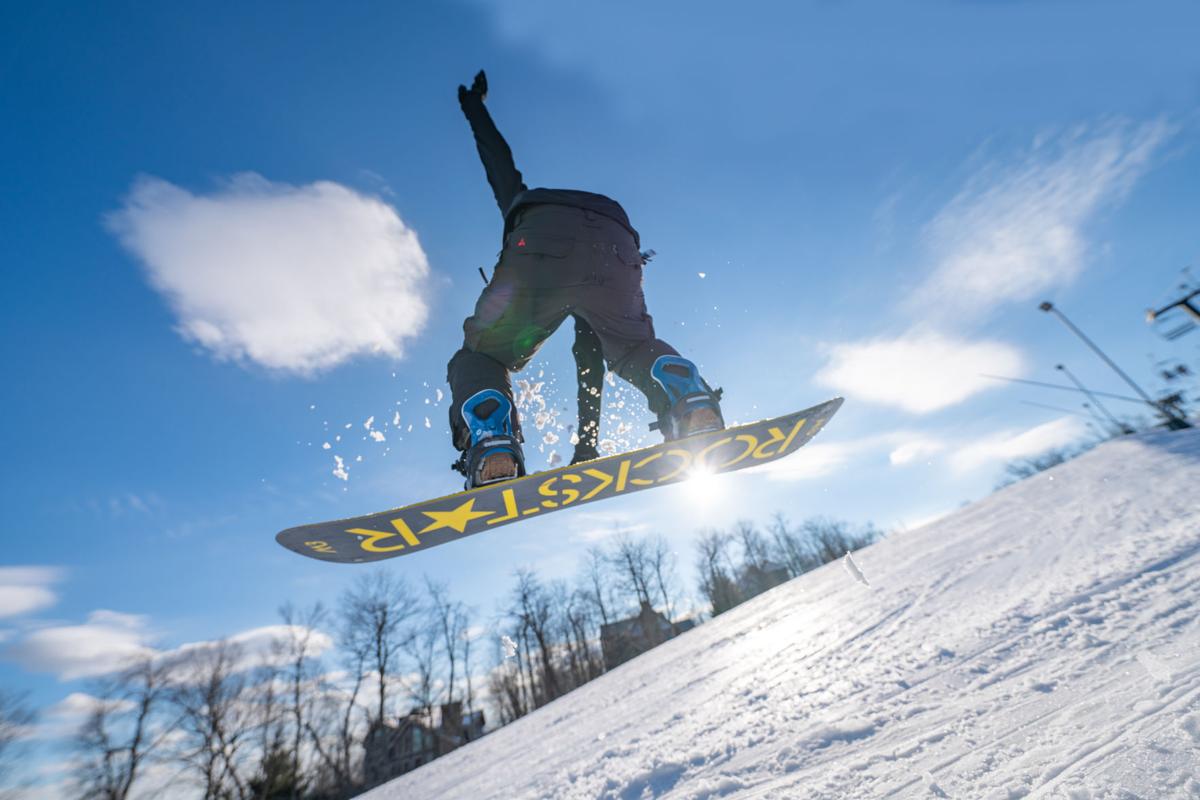 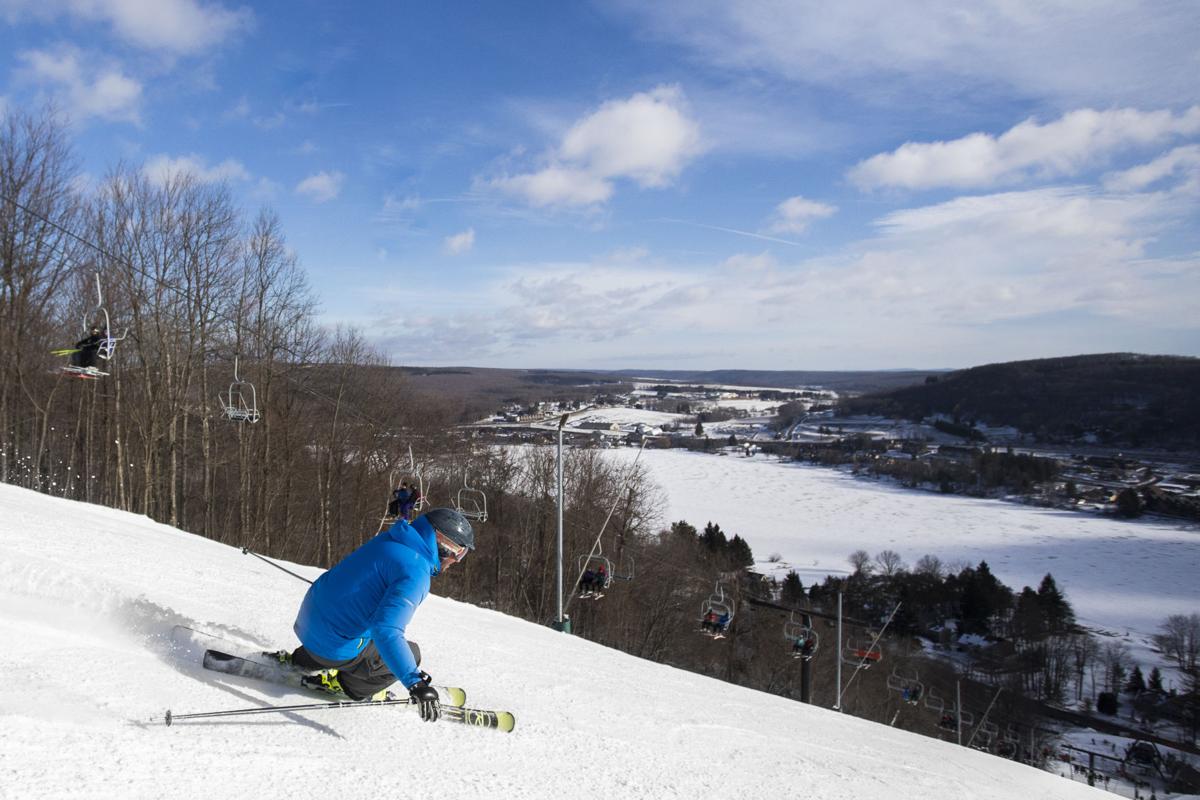 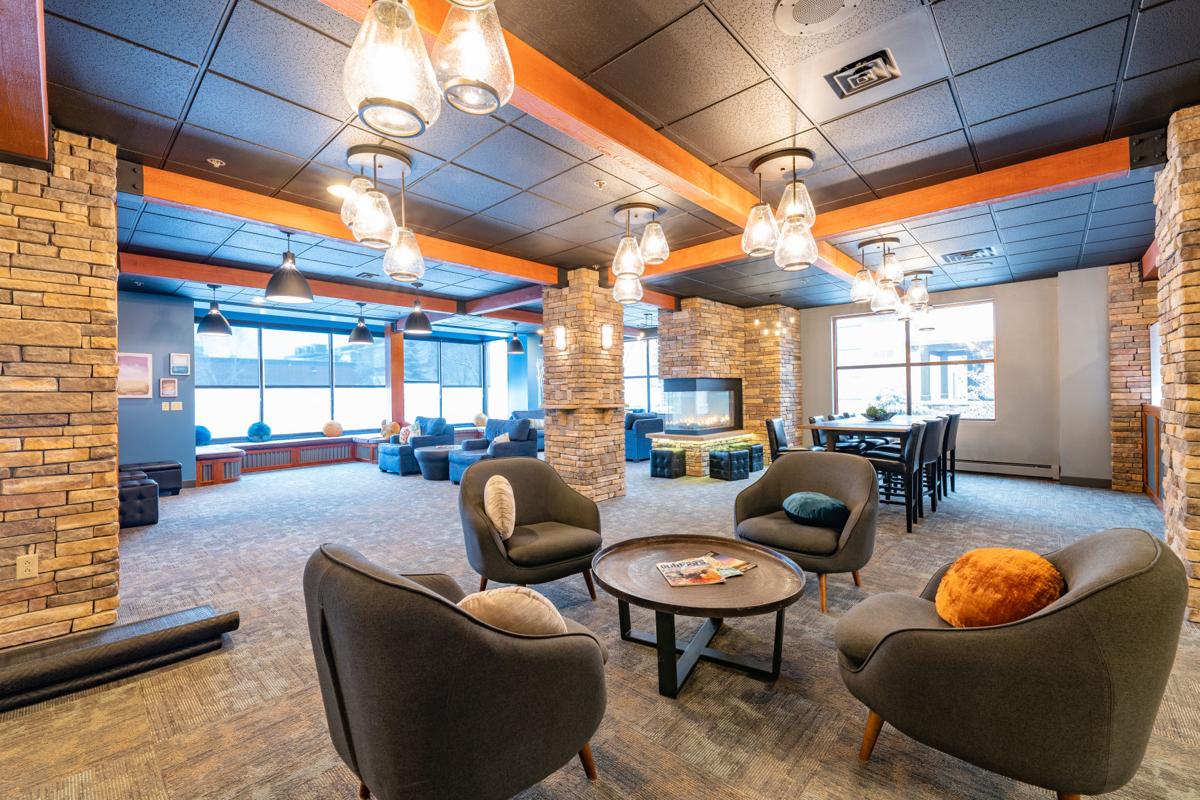 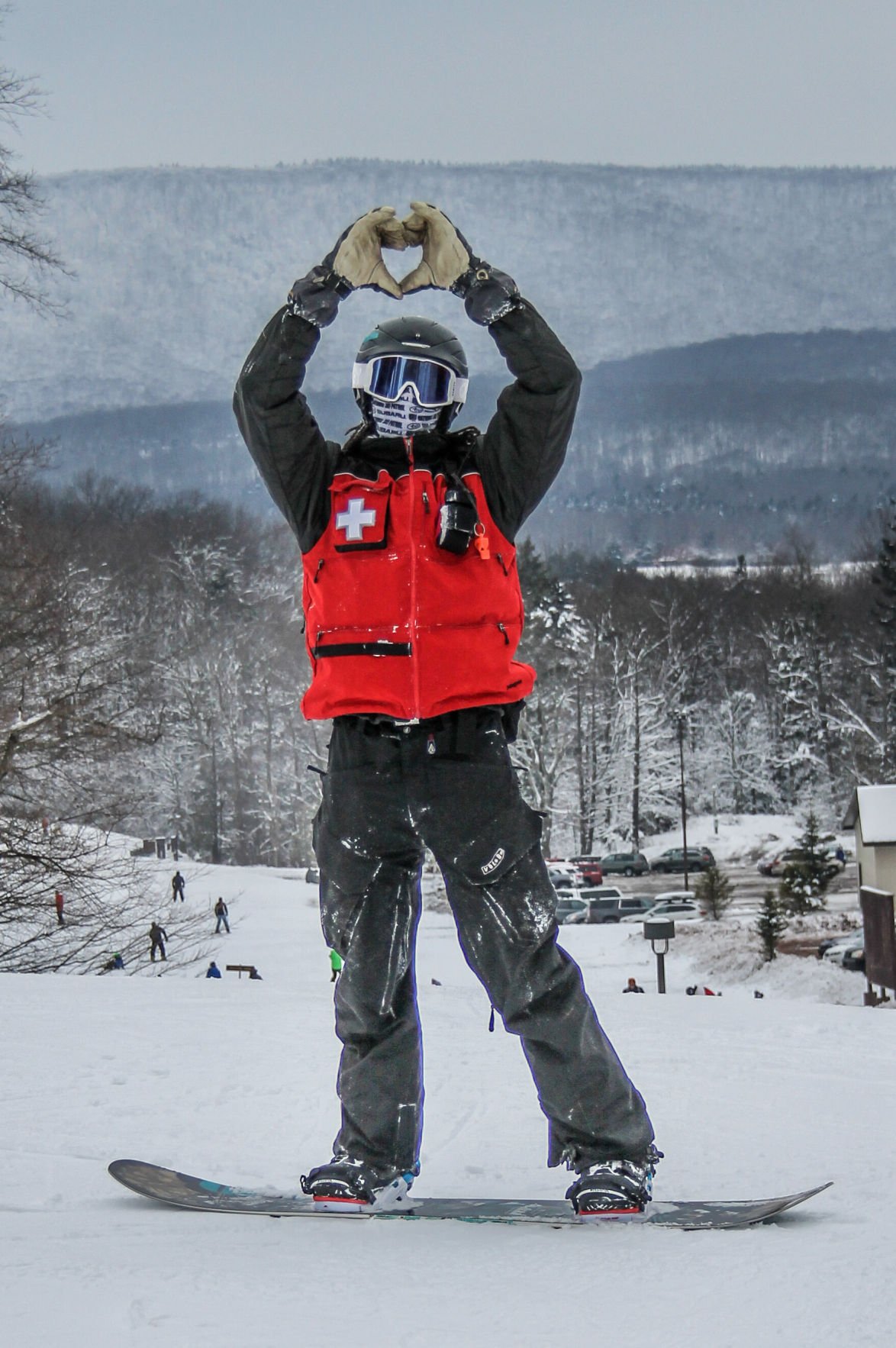 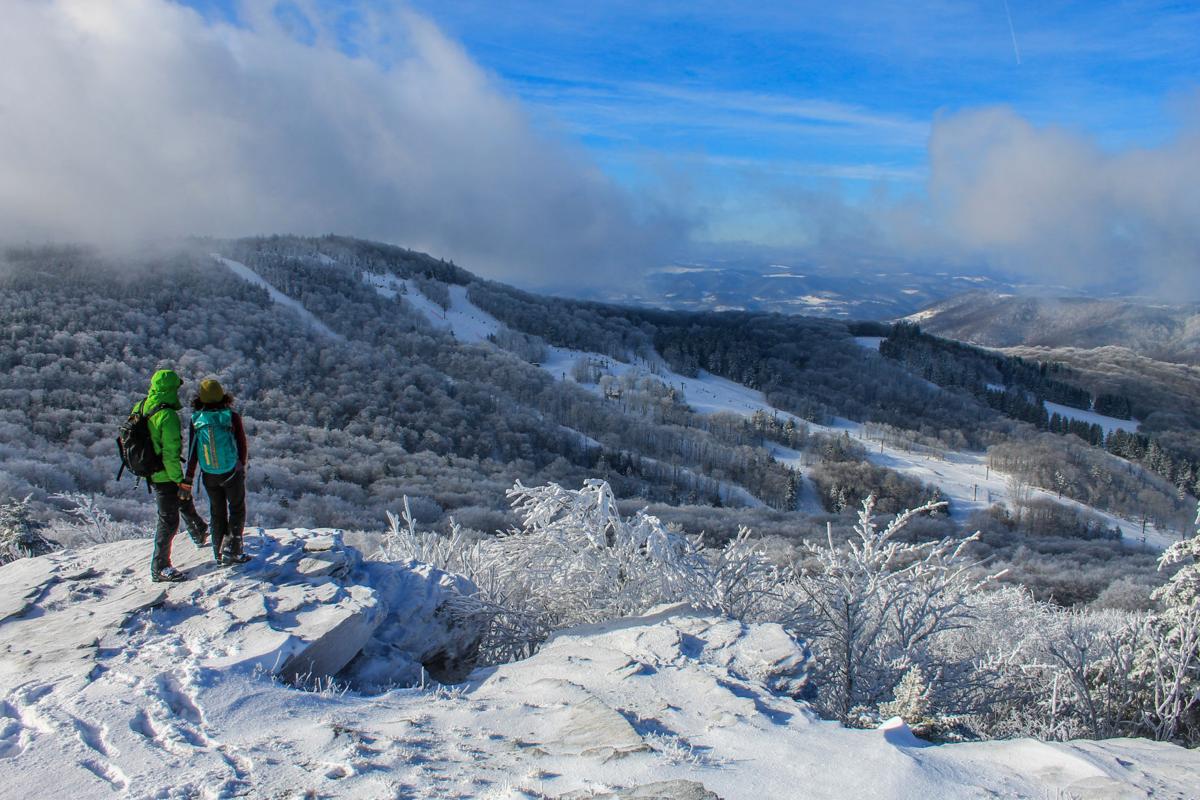 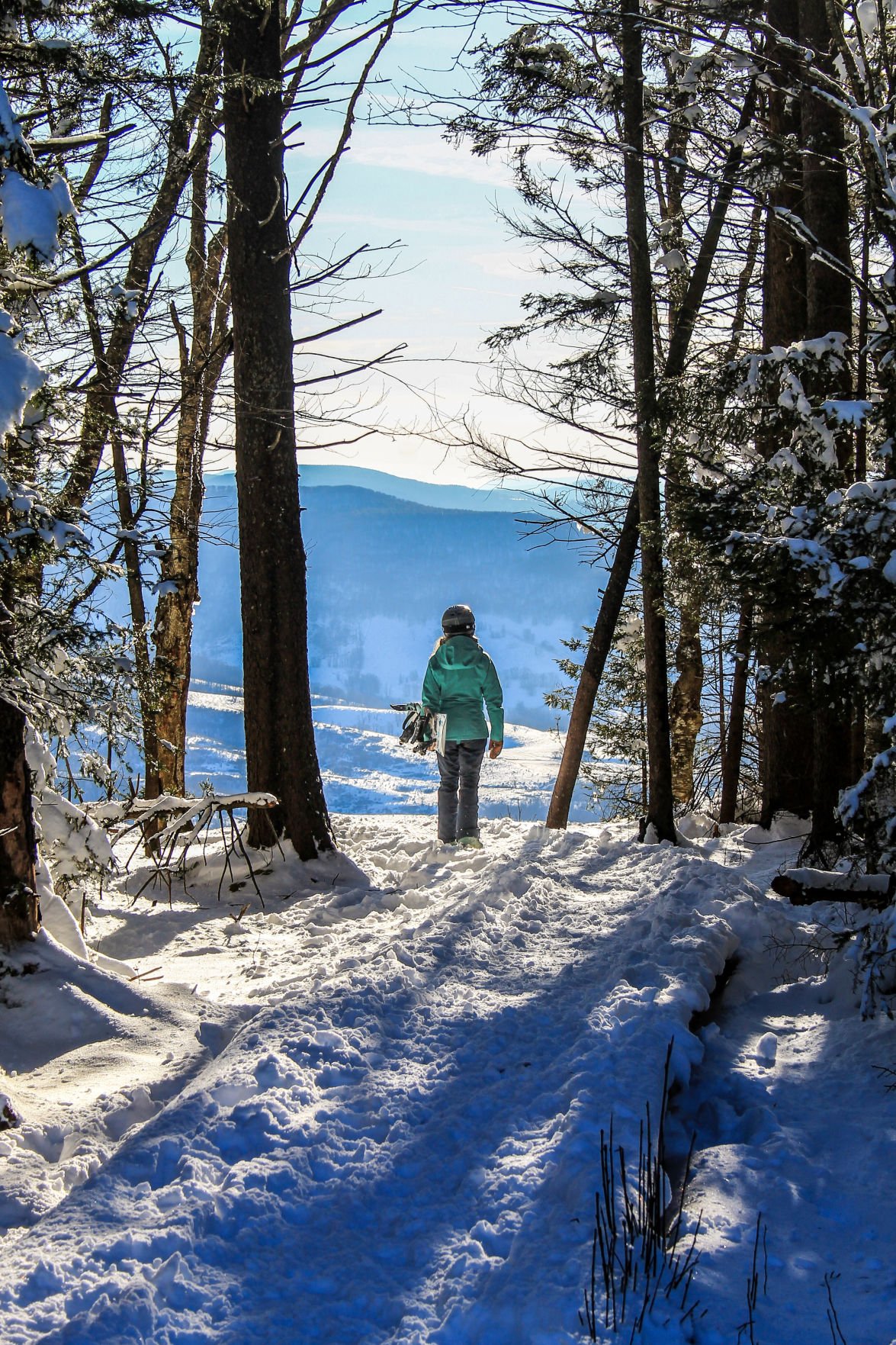 The flowers are blooming. The grass is getting greener. There’s no snow in sight. It’s time to go skiing!

Even during the often mild winters of the mid-Atlantic region, temperatures at night are consistently cold in the evenings in the mountains — especially during the month of February. This allows certain ski resorts to continue to build their snow bases with state-of-the-art snowmaking equipment. And with additional snow being driven off the Great Lakes onto the mountains of West Virginia, Western Maryland and Central Pennsylvania, by the time March rolls around there’s plenty of the frosty white powder at ski resorts within a 3-4 1/2 hour drive from Washington and Baltimore. Top that off with fewer crowds, non-bone chilling temperatures, discounted lift tickets and an array of festivals and events and it’s easy to understand why March is the most fun month to ski! Here’s your guide to the best spots for spring skiing!

Wisp Mountain Resort near Deep Creek Lake, Maryland, is a snow lover’s paradise. The resort has 33 slopes, three terrain parks, 13 lifts and a vertical drop of 700 feet. The 169-room lodge is located right next to the lifts and the learning center. A weekend on the slopes couldn’t be more convenient. But it’s off the slopes where Wisp excels. There’s snow tubing, cross-country skiing and snowshoeing and nearby snowmobiling and sleigh rides. The lodge also features a hot tub and a large swimming pool. With so many ways to enjoy winter, it’s the perfect spot for the entire family. Pet-friendly rooms are available and allow up to two dogs per room, each weighing less than 40 pounds. And what do dogs love? They love snow! (wispresort.com)

Seven Springs in Southwestern Pennsylvania is the ideal place to party on the slopes. March is action packed with live music, specialty clinics, races and events every weekend. The resort boasts 33 trails, seven terrain parks, a super half-pipe, 11 lifts and a vertical drop of 750 feet.

The vernal season starts out with Spring Break Weekend on March 6-7. There’s a “Beach Party,” with reggae jams and on-slope contests. The same weekend Rossignol Sports hosts a women’s learning camp with two days of skiing and snowboarding instruction designed especially for women of all levels of ability.

The following week it’s three days of Saint Patrick’s Day with Irish Weekend. Join a scavenger hunt and find the “pot of gold.”

March 20-22 is Reunion Weekend where skiers are invited to dig out their ski clothes and gear and ski like it’s 1984. And the month finishes with a Burton Snowboarding Competition on March 28. (7springs.com)

Canaan Valley Resort in West Virginia is situated smack in the middle of a snow belt that abuts the Dolly Sods Plateau. Any time there’s cold air and northwest winds, the valley at 3,200 feet is blanketed with powder. In the spring this powder is soft and forgiving for new skiers and snowboarders. The mountain features 47 trails, a terrain park, four lifts and a vertical drop of 850 feet. The slopes are wide and mostly suited for intermediate skiers. And the valley is simply, breathtakingly beautiful. And all of that beauty can be had without breaking the bank. Canaan is one of the less expensive places to ski in the region. A two-day weekend lift ticket is only $108! (canaanresort.com)

Having the highest elevation of any of the resorts in the Mid-Atlantic (4,848 feet), Snowshoe Mountain generally stays colder longer and can therefore remain open later in the season—often into April. It’s also the largest ski mountain in the mid-Atlantic with 60 slopes, 14 lifts, five terrain parks and a vertical drop of 1,500 feet. The mountaintop village adjacent the slopes has shops, restaurants, a spa and a variety of accommodations. It’s the closest thing to skiing in the Rockies. This March 13-15, Snowshoe celebrates the 8th Annual Ballhooter Festival with free rock, country and progressive rock concerts — headlined by the band Pappadosia, which has been selling out shows at Red Rocks Amphitheatre in Colorado — making Snowshoe even more like a bit of the west here on the East Coast. (snowshoemtn.com)