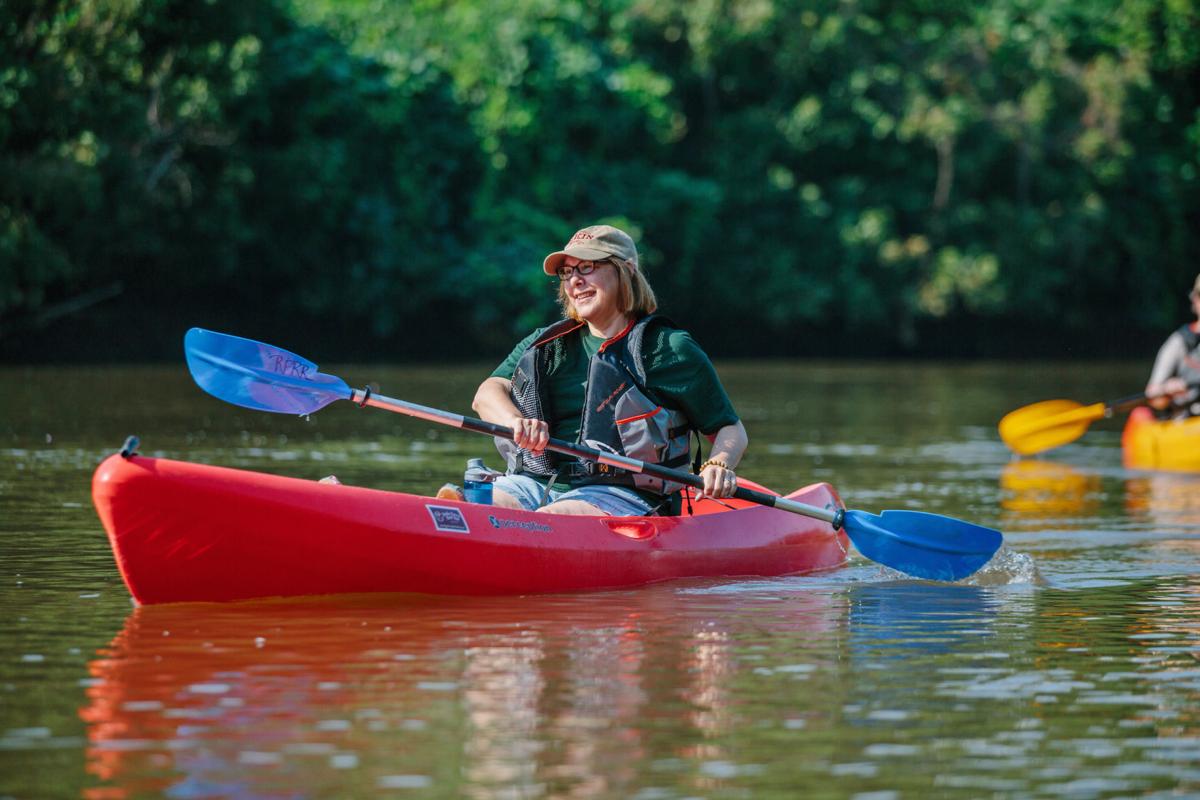 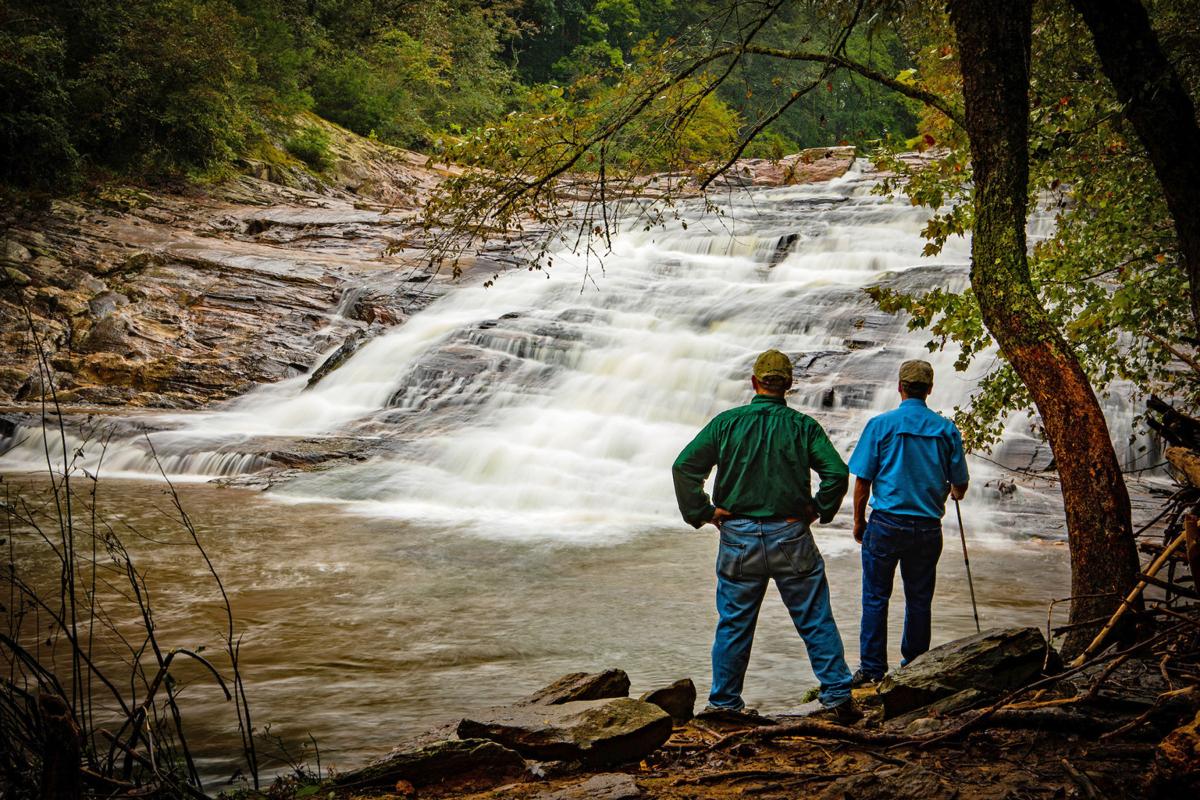 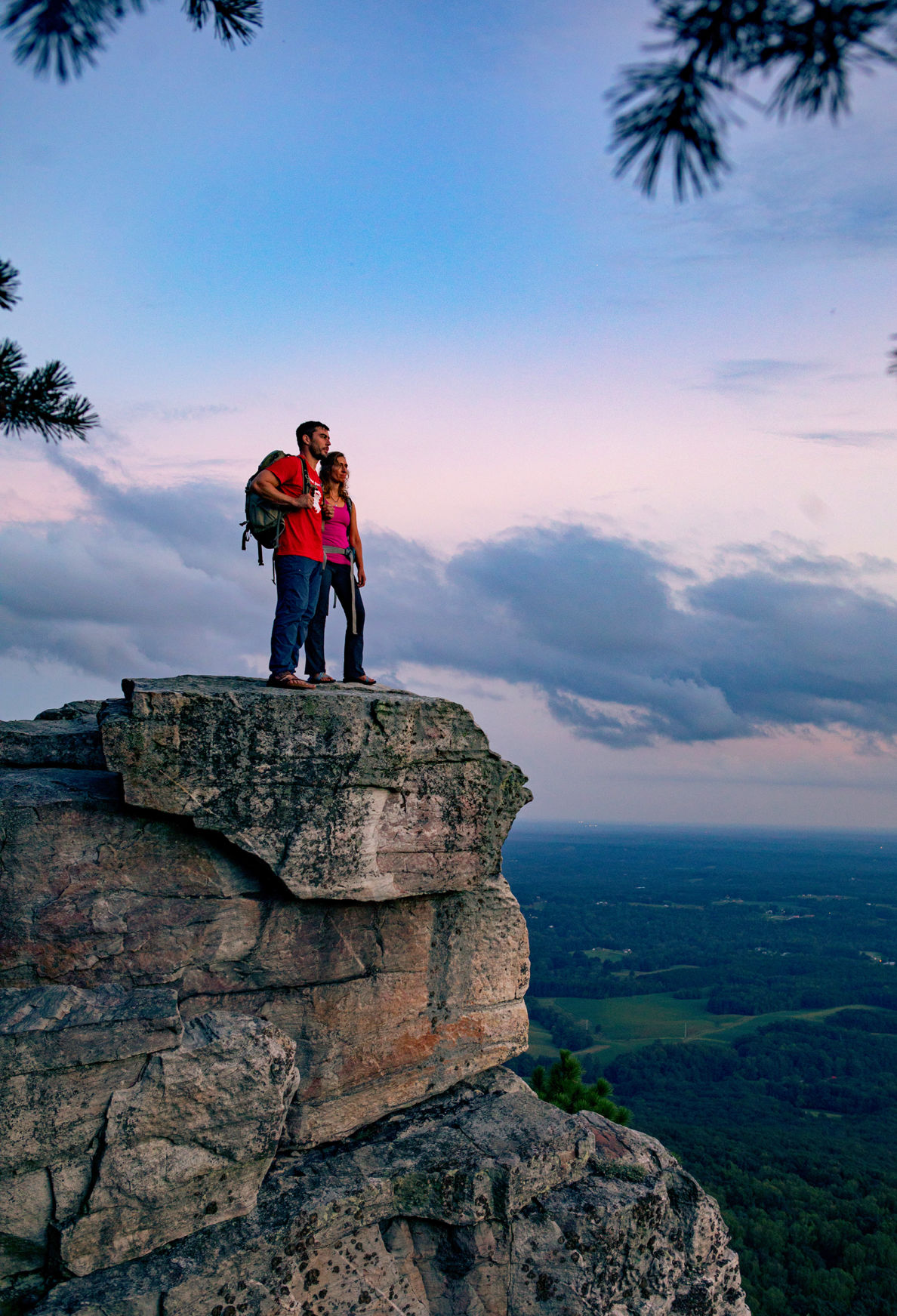 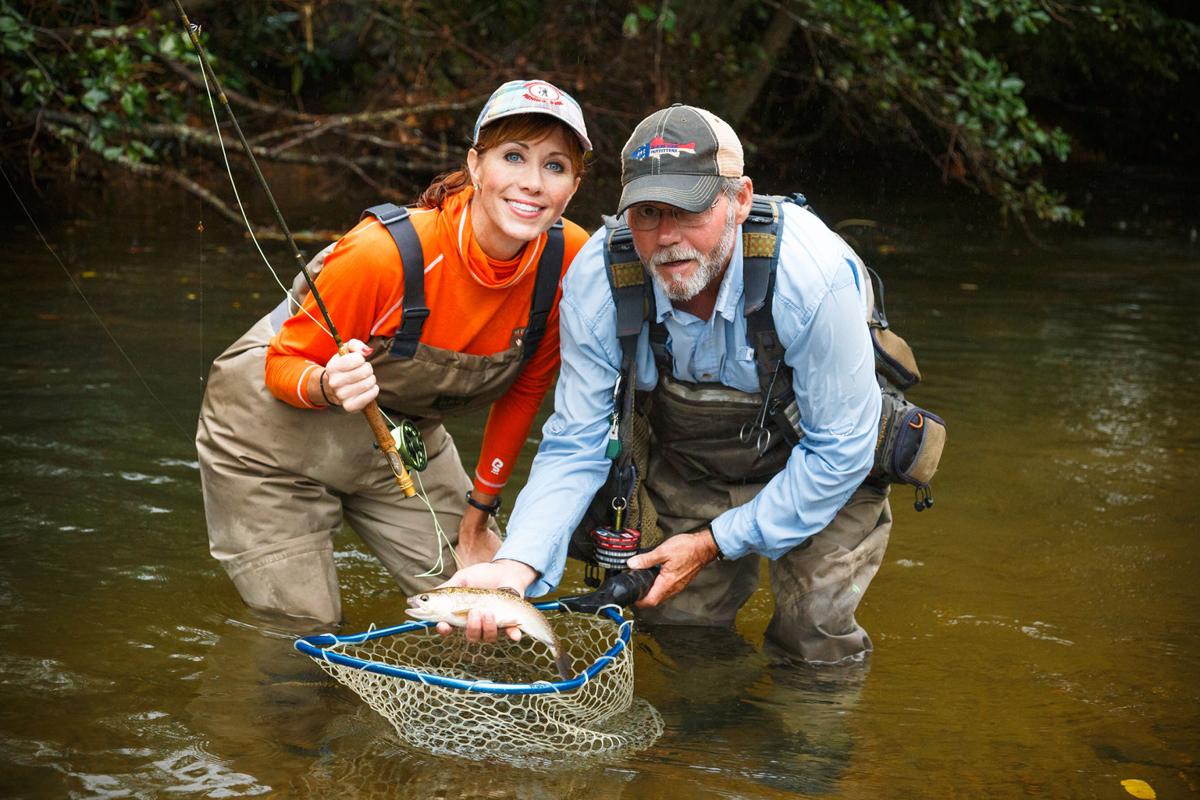 “A big, red-tailed hawk — which must have had a nest in one of the oak or poplar trees there — was going crazy,” he said. “It obviously sensed the eagles threatening its young.”

The Yadkin is the major river into which three other North Carolina rivers flow — the Mitchell, Fisher, and Ararat — as shown on Surry County’s Four Rivers Map. The 100-plus miles of canoe/kayak streams and their surrounding areas are popular for fishing and birding, too. Rob said, “I’ve seen kingfishers in the tops of birches in the stretch from Poplar Springs to the mouth of the Mitchell.”

He has seen just about everything on the rivers in his two-plus decades as an active recreation user. “The Yadkin has some stretches that are very slow, but the Mitchell is always moving water,” he adds. He’s an active fisherman, catching large- and small-mouth bass in the Mitchell, and trout in the Yadkin with its 36 miles of stocked trout waters (fishing license — but no trout stamp — required).

The outdoors for heart, mind and spirit

Hikers, bikers and horseback-riders can enjoy the flora and fauna along the 500-plus miles of trails. The abundance of short-leaf pines (nearly eliminated in the state a century ago with the construction of tobacco barns) and bloodroot mark the first sign of spring.

Gail Josey of Fancy Gap, Va., has frequently bicycled the 14-mile round trip of the greenway in Mt. Airy on the Ararat River.

“You can start at a number of different places, including a picnic area. You see people doing the trail in a variety of ways — even pushing strollers with babies. Various organizations have painted cute scenes on industrial markers along the way. I take images as I go.”

Sit and meditate a while or enjoy yoga. Pilot Mountain, at 2,421 feet, always hangs restfully in the background. A wade fisherman intent on the nibble on his line in the Yadkin at the 135-acre Fisher Park in Dobson illustrates how Surry County — in the words of Daniel White, county parks director — “takes care of heart, mind and spirit.”

Other visitors take advantage of the variety of sites at the park. There are access points for non-motorized boats (seven of the 14 planned launch sites are completed); 6.5 miles of mountain biking trails considered “intermediate” level; five fields for softball, baseball and soccer; a lighted horse arena and amphitheater; and six picnic shelters tucked away in the park’s nooks and crannies. The county’s system hosts hundreds of events annually (no dogs or other pets allowed). In addition to sampling the parks, a lot of visitors sample variations on sonker along the way — Surry County’s unique fruit dessert.

The aim in park development has been for minimum social footprint, with four staff trained in mechanized trail construction. The improved natural surface on trails (no pavement) has been good for hosted cross-country events as well as individual hikers and joggers. Riparian buffers protect riverbanks from erosion and capture polluting nitrogen and phosphorus in runoff from adjacent land.

A sense of history

Fisher Park — a former plantation and “poor farm” from the era when municipalities provided publicly owned farms for poverty-stricken people — also attracts visitors to its cemetery, one of many points of historical interest in the park system. Scenic rewards are impressive for hikers, and boaters putting in at the Yadkin’s Shoals Access can hike a quarter mile downstream to see substantial remains of the 1820s canal system intended to make Elkin and Wilkesboro inland ports.

Visitors can see the canal’s thick retaining walls, built five to 20-feet high without mortar from stone quarried on the spot. Though it’s a mystery as to why the three-mile system was abandoned in 1825, you can imagine boats entering the lock with gates closed and then swung open for proceeding upstream and downstream.

For recent entertainment history, travelers to nearby Mount Airy learn how much the budding TV star Andy Griffith — later Sheriff Andy Taylor on the 1960s “Andy Griffith Show” — enjoyed area streams. Mike Irvin, owner of Squad Car Tours offered at Wally’s Service Station, points out, “Andy could grab his fishing pole [seen in TV clips at the nearby Andy Griffith Museum] and walk a few blocks either to the Yadkin or to Lovills Creek.”

Griffith got his start in music and today’s trails’ travelers are apt to encounter varied music along the way, if not organized groups of fiddle and banjos, or a spontaneous harmonica player such as Bill Blackley, who happens to be one of the forces behind North Carolina’s Mountains-to-Sea Trails. As Daniel White says, “This area has ‘God-equity’ — you just can’t put a value that’s high enough on our outdoors.”

Insider’s Tip: Surry County’s Four Rivers Map contains invaluable information, with insets for river access in downtown Mt. Airy as well as in the county; tips for preparing gear and taking safety precautions – and for checking river levels in advance.