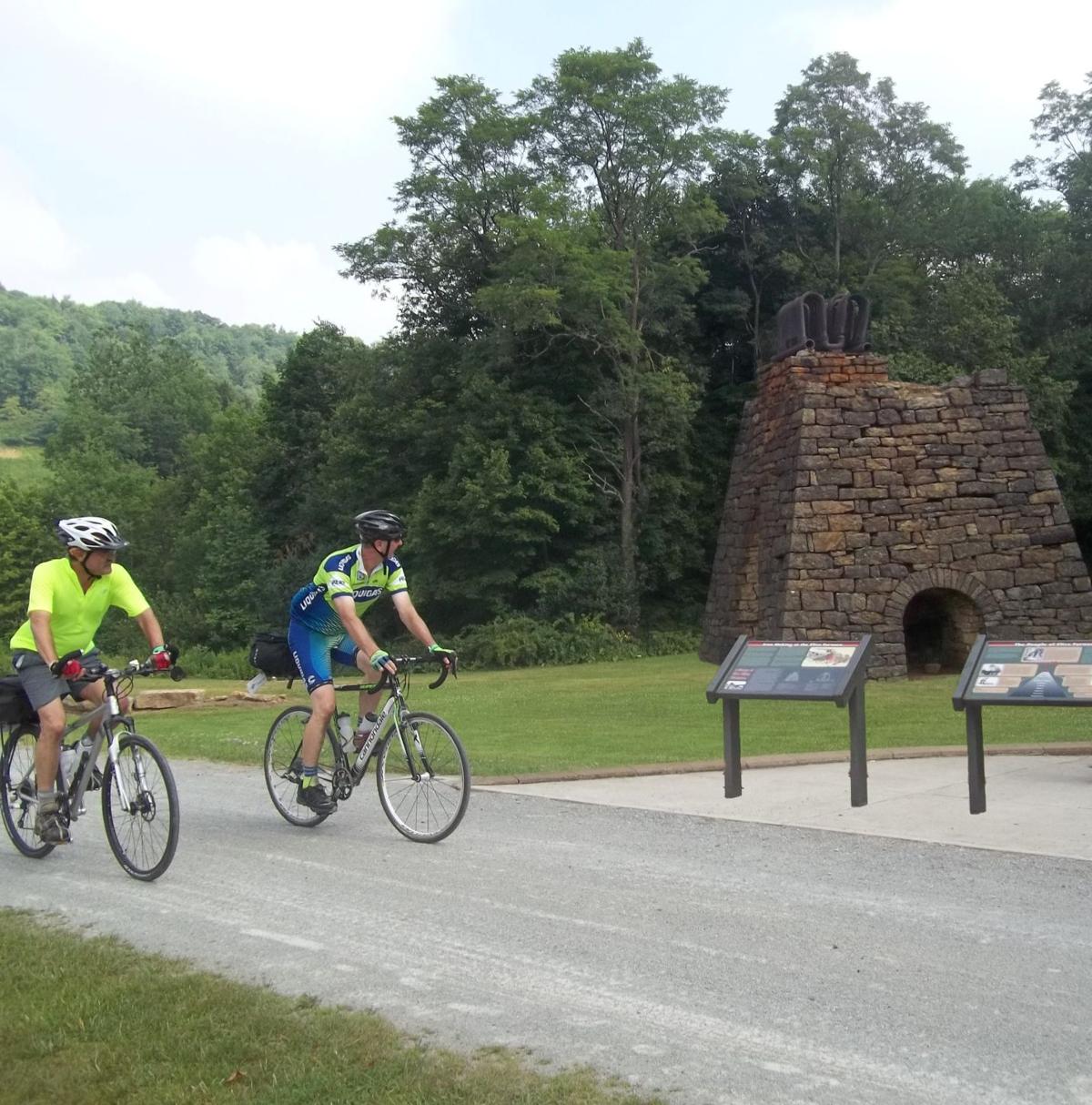 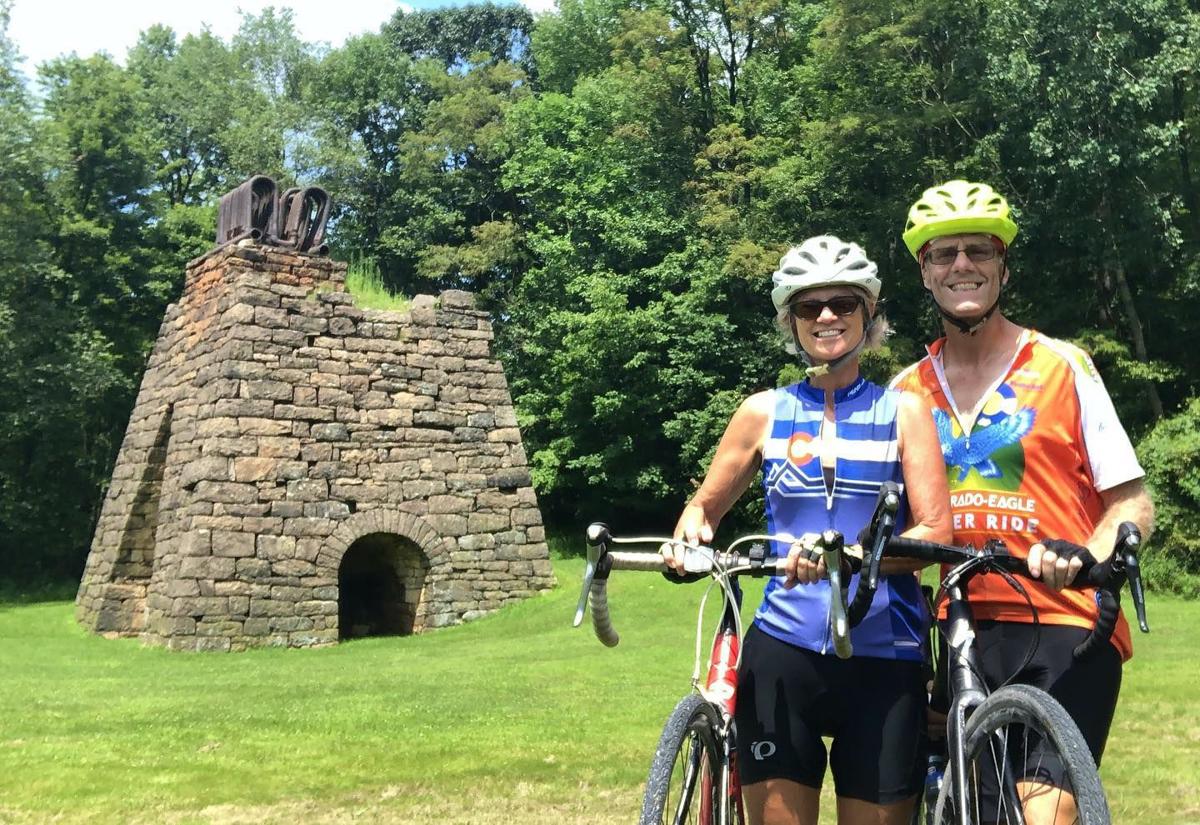 The Ghost Town Trail – the very name of it may scare folks off.

But then again, it also intrigues others.

The Ghost Town Trail was recently selected as Trail of the Year by DCNR’s Pennsylvania Trails Advisory Committee. According to Terry Brady, deputy press secretary of DCNR, there are several factors that make the trail very appealing.

“The fact that two counties are involved, plus it has the support of several groups, is key. And because it is a rails-to-trail means that it appeals to all ages and users,” he said.

Brady referred to that name again. “Plus, the history in that region is worth noting. The trail passes through towns that were once booming and that became — as the name says — ghost towns, there is a lot of history there,” he said.

The 46-mile trail passes through both Indiana and Cambria counties with an estimated 80,000 visits a year. Some of those users will bike more than 5,000 miles a year, according to Patterson. Indiana County Parks and Trails partners with the Cambria County Conservation and Recreation Authority to maintain, expand and improve the trail.

The trail was indeed named for those once flourishing coal-mining communities that graced the landscape. It now traverses by two massive iron furnaces, old coal-loading tipples, coal refuse piles and other skeletons of the industrial history of that area, according to Patterson.

“At one time, nine different towns were located along its path. Eight of those towns were related to coal mining, while another, Buela, was an early Welsh settlement that dates from 1792,” he said.

The Ghost Town Trail project was announced in 1991, but not everyone was a believer in the project.

“There were quite a few skeptics when we first announced it who thought the project would not amount to much, and they certainly did not think that people would travel from far and wide to use the trail or visit some of the small towns and communities in the Blacklick Valley that were often overlooked,” said Patterson.

The Kovalchick family, who owned Kovalchick Salvage Company of Indiana, donated the property for the first 16 miles of the trail, formerly the Ebensburg & Black Lick Railroad.

“Their donation was critical to getting the project off the ground,” said Patterson.

An additional four miles from Rexis to White Mill Station was donated in 1993 by the Cambria and Indiana Railroad. The 32-mile main stem of the trail was completed from Blairsville, Indiana County to Ebensburg, Cambria County in 2005 when an additional 20 miles were added: 12 in Indiana County and eight in Cambria County. The U.S. Department of the Interior has designated the trail as a National Recreation Trail.

In addition to those ghost towns and historic sites, the trail also passes beautiful natural areas such as the Blacklick Creek Valley, home to mountain streams, woodlands and fields of wildflowers.

Currently, there are plans to expand an additional four-plus miles along the old Cambria & Indiana Railroad which means users will be able to complete a loop on the trail.

“That will make it the first continuous loop rail trail in the eastern part of the country,” said Brady.

Another factor in the trail’s recognition is the fact that there are so many accommodations, restaurants and other attractions close to the trail, which makes it very user-friendly

“I like the fact that the trail is one place where you see entire families from young children to grandparents out enjoying time together. It’s something everyone in the family can use and enjoy. We have had visitors over the past 26 years from many other states and other regions of the country,” said Patterson.

The Ghost Town Trail is located in Indiana and Cambria Counties, in western Pennsylvania. The trail has access points in Dilltown, Ebensburg, Heshbon, Nanty Glo, Saylor Park, Twin Rocks, Vintondale and Wehrum. Each town has its own offering of accommodations, restaurants and gift shops.

The Dillweed B&B is a turn-of-the century home that offers guest rooms and a trailside shop in Dilltown and is located directly adjacent to the trail.

“Along the Hoodlebug Trail, which connects to the Ghost Town Trail, we have two local brewing companies and a local distillery. Levity Brewing, Noble Stein Brewing and Disobedient Spirits. Folks can travel the Hoodlebug Trail and stop along the way for a beverage and food,” said Denise Liggett, executive director, Indiana County Tourist Bureau.