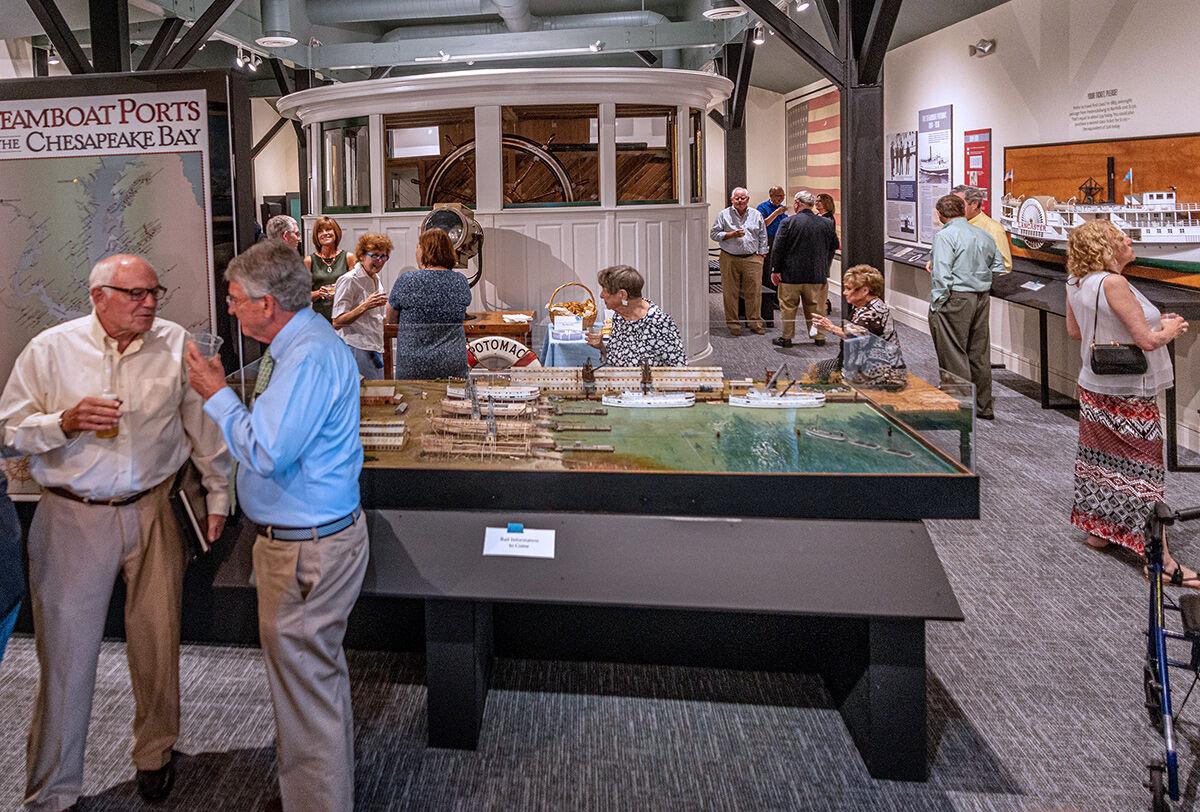 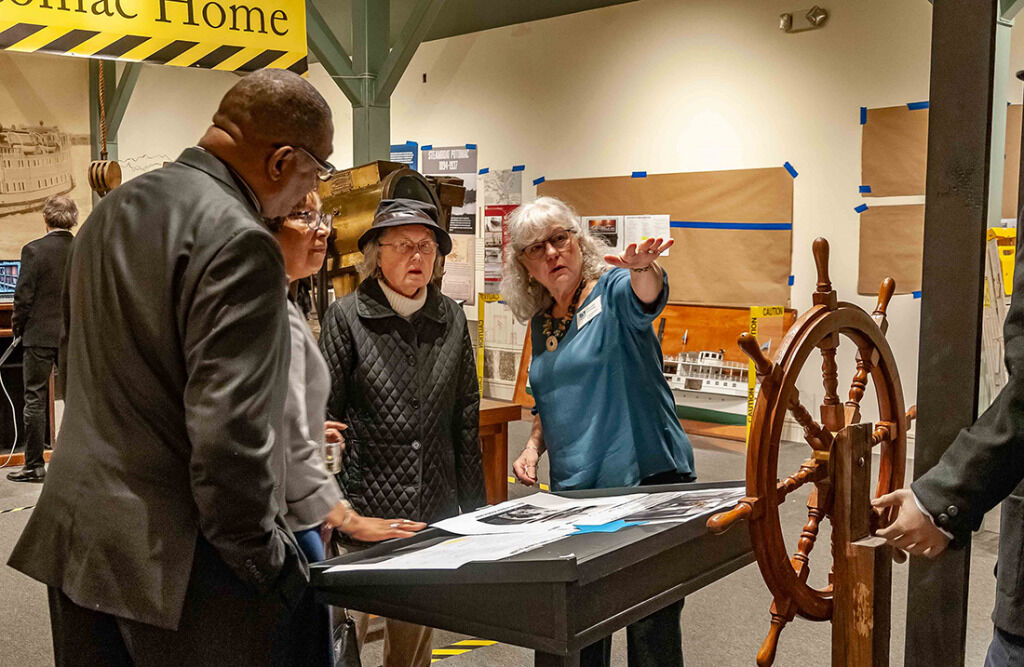 The year was 1929. A crowd of Irvington residents stood on the dock along the Rappahannock River waiting to board the steamer Potomac. Five-year-old Lee Williams boarded the boat with his mother, and the captain invited them into the wheelhouse. Williams remembers how excited he was to touch the big wheel that steered the ship. Ninety years later, he was lifted into the wheelhouse and relived his childhood as he touched the shiny wooden wheel in the lovingly restored pilothouse.

There was a time when the rivers of our country were the interstate highways of their day. For more than 120 years, steamboats provided not only an economic lifeline to communities along the river but also opportunities for entertainment, adventure and a glimpse of a larger world beyond their borders.

The Steamboat Era Museum in Irvington, Virginia, tells the story of the wonderful steamboats that plied the Chesapeake Bay and its rivers and helps the visitor step back in time to a bygone era. There are exhibits about agriculture, the fishing and oyster industry, steamboat amusement parks, dance halls and excursion boats; an interactive exhibit about Captain Hansford Bayton, an African American Steamboat Captain; and even a delicate ivory wedding dress worn by four generations of the Damerons, a riverfront family.

The jewel in the 4,500-square-foot museum’s crown is the gleaming one-of-a-kind pilothouse from the steamer Potomac — the largest surviving remnant of the Chesapeake Bay steamboat era. Visitors can walk through, spin the wheel, visit the Captain's quarter and view a video about the restoration of the structure.

Steve Humphrey, executive director of the museum, said, “This is the only museum where you can walk into an original pilothouse; where you can look out and imagine being on the river and really get the feeling of how it felt to be on a steamboat.”

The Potomac was built in 1894 and served 42 years in freight and passenger service. At 176 feet in length, she had 37 staterooms and a crew of 36. The pilothouse consisted of a wheelhouse, captain’s quarter, and crew quarters.

In 1936, the Potomac’s stern was badly damaged in a collision with a freighter. The next year the steamer was sold to Colonna Shipyard in Norfolk. It was a common practice to burn the upper structures of a decommissioned steamship and use the hull as a barge. The Potomac pilothouse was saved from destruction because the owners needed a summer cottage. This is the reason that the Potomac pilothouse is the only remaining structure of its kind today.

Over the past 85 years, the Potomac pilothouse has gone through many ups and downs and changed hands a number of times. It was a daunting task, but the final restoration of this rare artifact was accomplished by the hard work of many caring people. They would love to share this unique treasure with visitors when the museum reopens in May.