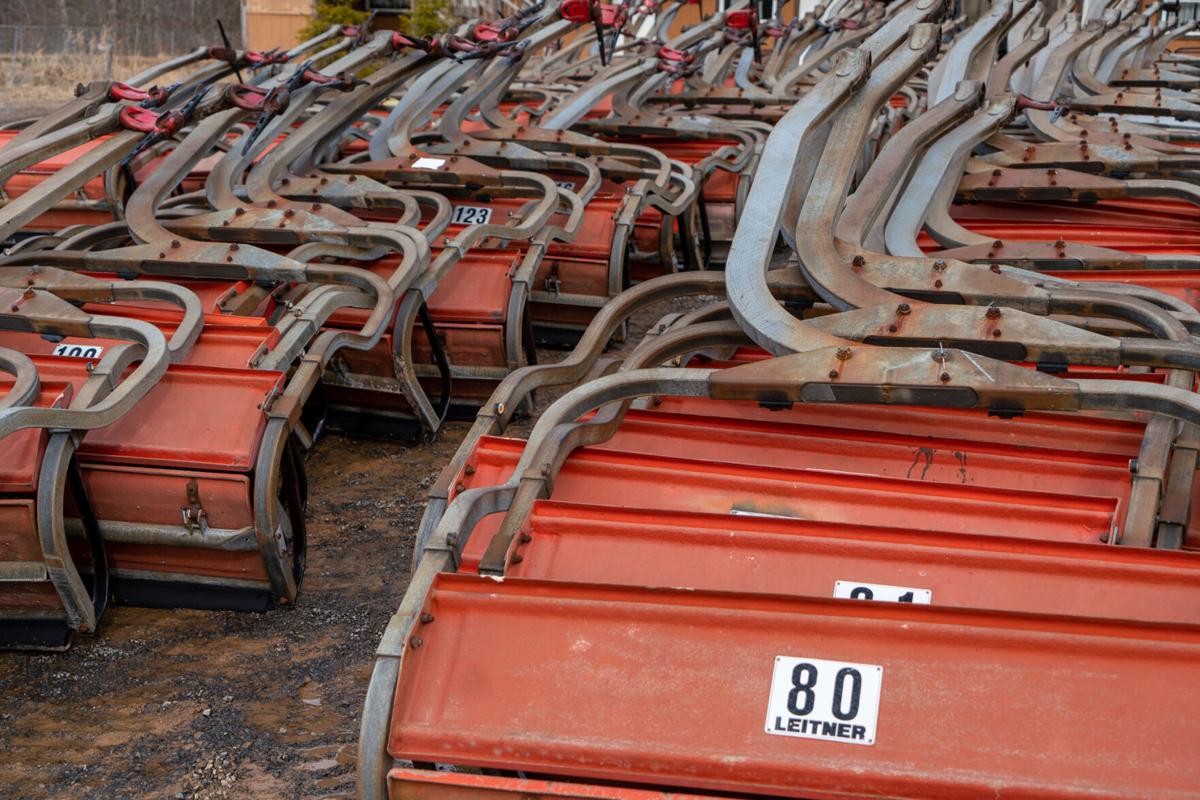 Pick up an old lift chair as a conversation piece./Timberline Mountain 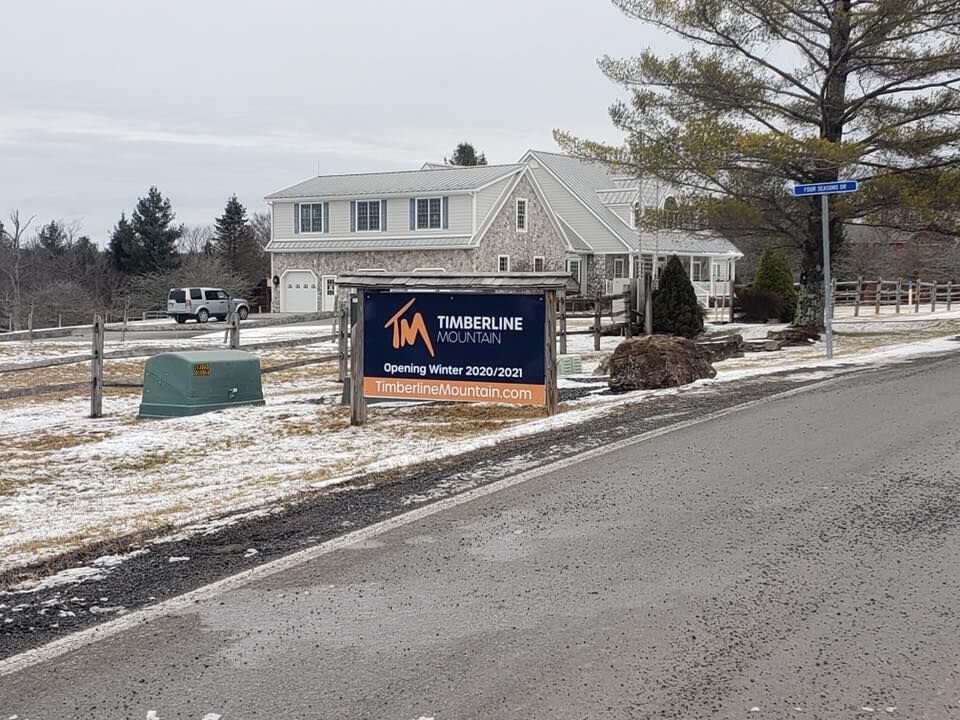 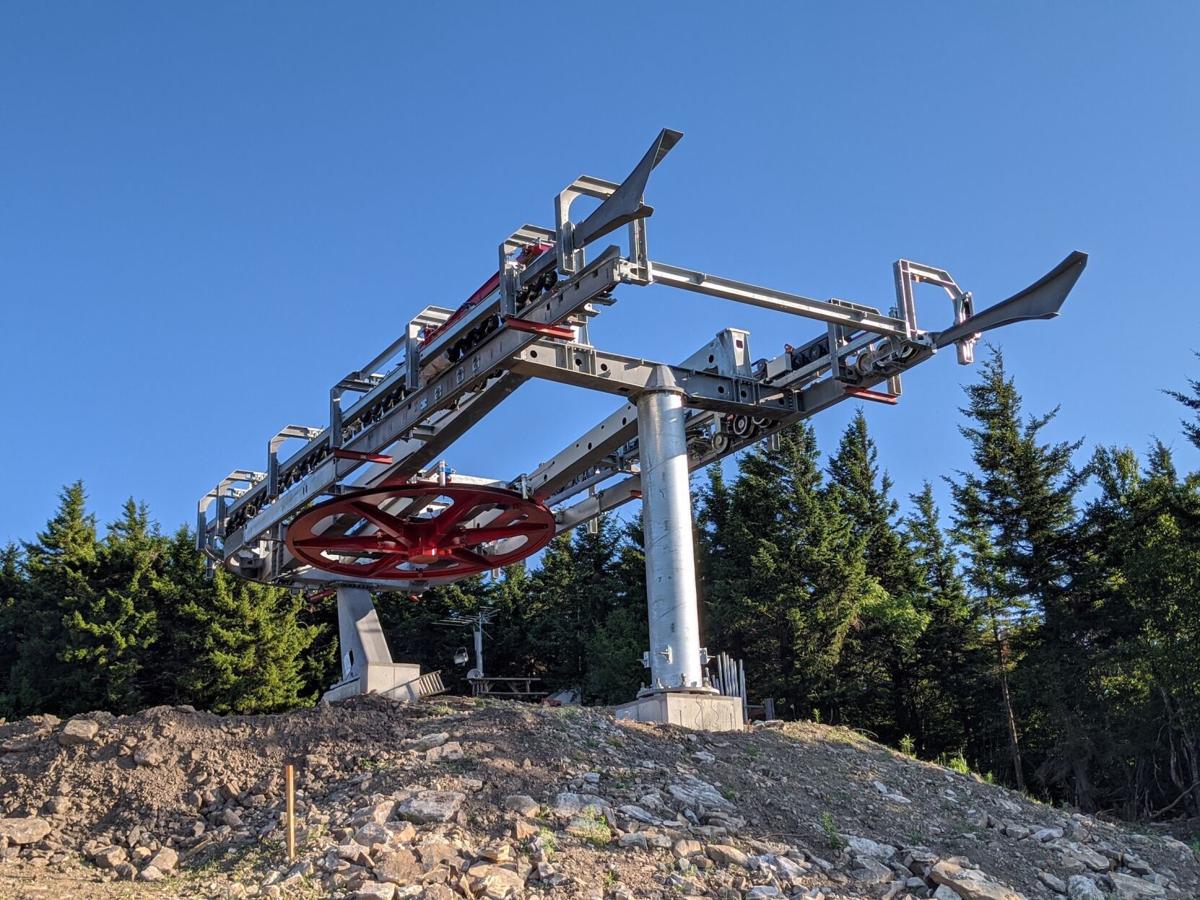 The new hi-speed 6 passenger lifts being installed are the first ones ever in West Virginia!/Timberline Mountain 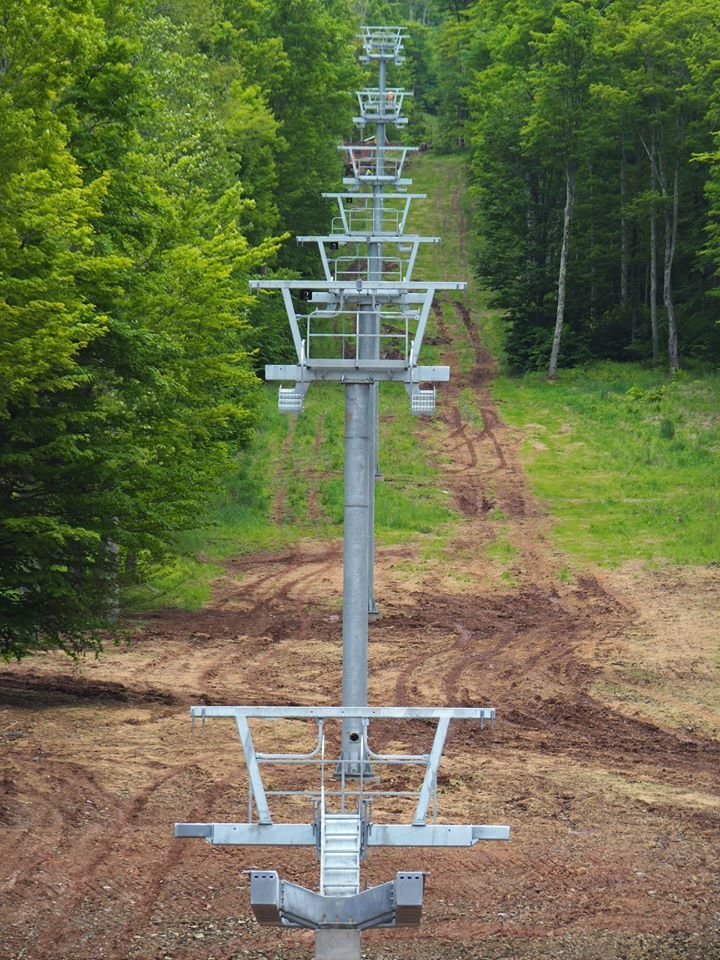 New towers to support the new lifts, in place and ready to go!/Timberline Mountain

It’s got to be the biggest news for skiers in the mid-Atlantic area. The sale of Timberline Four Seasons Resort in Davis, West Virginia, to Perfect North Slopes. It’s been a long sad history over the past decade or so as this prime piece of mountain and resort for skiing slid into decline.

But let’s skip the sad notes and stories of the why and how it got that way. Let’s look into the future, which began this year when Perfect North Slopes, a superb 40-year-old ski slope company in Indiana purchased the property at auction. Hopes were high. It had to be a step in the right direction, but talk is cheap as they say, yet evidence is arriving by the truckload that it ain’t cheap talk at all, it’s action. And lots of it. Equipment, money and manpower are taking the mountain by storm with a staggering amount of improvements, $10 million worth in fact. Everything is being re-engineered for the better.

First off, two brand new Doppelmayr ski lifts as well a new six-passenger, high-speed chairlift system (the first ever in West Virginia), are being installed to move skiers up the mountain in minutes for more time on the slopes, and less time in a line. The fixed-grip, four-person lift will now take care of the old mid-station lift. The location of the quad has been redesigned and repositioned to better distribute skiers to slope side housing, terrain parks and beginner to intermediate terrain. The Sunkid surface lift will now be positioned in the main teaching area.

Improvements slated for prior to the resort’s season opening of course include getting lifts. It’s a big project and necessary to move the skiers. And there’s also the snowmaking improvements, a merger of technology and capital to ensure the slopes are worth being visited for a longer period of time. Pisten Bully’s most powerful machine has been installed, with more on the way. Snowmaking receives equal attention with 38 new SMI fan guns awaiting their permanent home. Given the quality and attention to detail we’ve seen so far, the upgrades to snowmaking and grooming are likely to also be impressive. If you are feeling nostalgia for the old lifts, you can still by one or more of the old chairs for a cool, kitschy and functional decoration.

Once the mechanics of snowmaking, chair lifts and slopes are taken care of, the main lodge will be in the improvement’s crosshairs. A new retail shop to handle all the items you want for your trip is being added onto the main lodge. This location makes better sense for a vastly improved flow of people throughout the lodge. Jonathan Davis, Perfect North General Manager, and his team felt that the lodge design needed huge open windows facing the magnificent ski slopes for an iconic, spectacular view.

For more information on Timberline Mountain, visit their website, timberlinemountain.com. We’ve had great success staying in properties from Canaan Realty. They list countless properties from small condos to homes large enough for family reunions, from secluded getaways to ski-in-ski-out slope side homes. Contact them at CanaanRealty.com or call 800-448-0074. For information on the general area, and visiting all three ski resorts there (White Grass, Canaan Valley and Timberline are only a few miles from each other), visit CanaanValley.org. This winter make the trip to Davis, West Virginia to “ski the valley”.