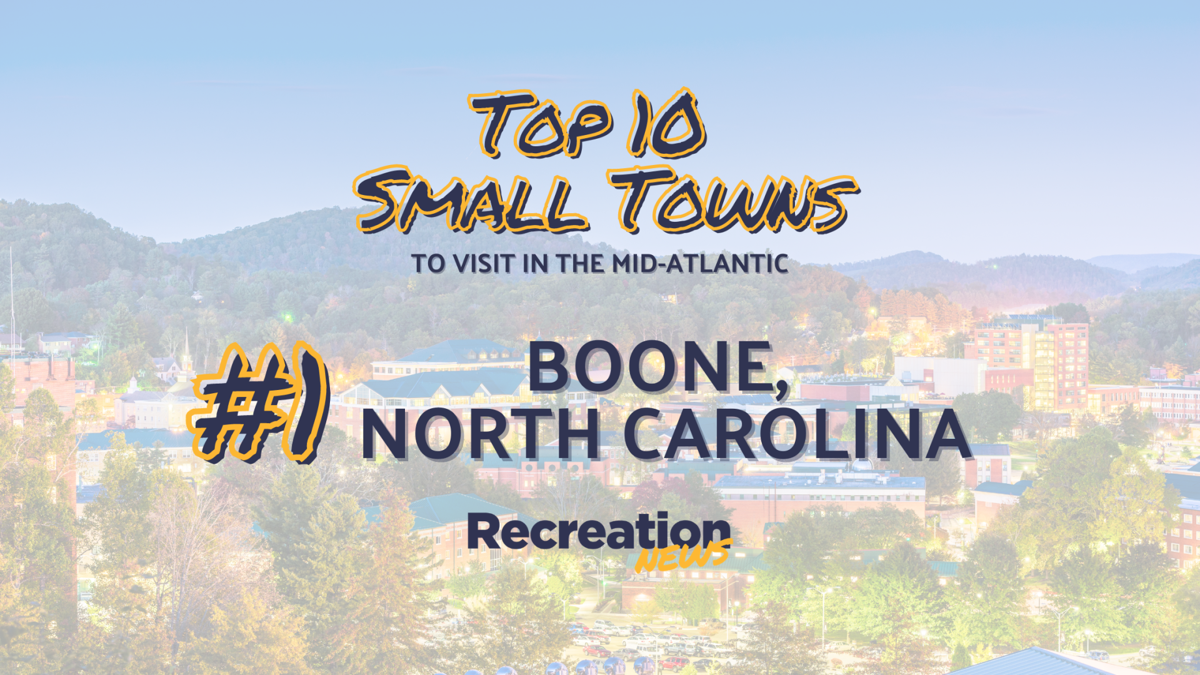 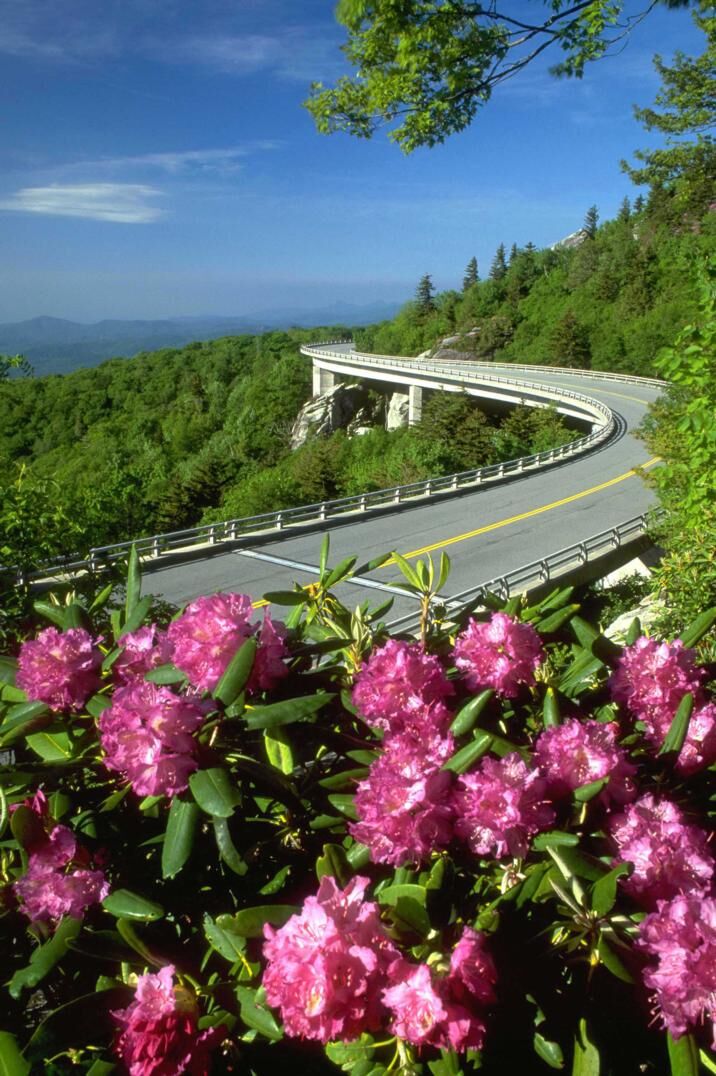 Boone, North Carolina, was chosen by Recreation News readers as the No. 1 Small Town to Visit in the Mid-Atlantic for 2021!

From the rhododendron to the mountain laurel, Boone, North Carolina, is bursting with color from May through July, and alight with street music and friendly folks all year round. A six-and-a-half-hour drive from Washington, D.C., the spectacular views from the Blue Ridge Parkway are your entryway into a world that sports a mixture of outdoor adventure and history, all set to the strains of legendary singer Doc Watson rising up anywhere from porches to park festivals.

Lenny Cottom, owner of Hawksnest Zip Lines — where anybody age 5 and up can fly along and maybe even see a bear — said the spring colors and summertime weather in Boone are second to none. “It’s good hiking weather,” he said. “If you get warm, you step into the shade and you’re good again.”

Outdoor activities — fly fishing, canoeing, mountain biking and the Grandfather Mountain State Park — are a huge draw for visitors, but a walk downtown has its own sense of adventure, too.

Step inside the Mast General Store and step back in time. Find ads from the 1930s mix with modern housewares, creations from local artisans and boots you’d buy to hike the Appalachian Trail.

Longtime resident Sheri Moretz has been working there for 25 years, and she often sees local musicians gather on the sidewalk outside of the store.

“You can’t go anywhere in Boone without hearing somebody play music, whether it’s in the street, in the park or on the back porch,” she said.

Boone is known for its buskers, a nod of respect to Doc Watson, who got his start as a busker and lives on in a “Man of the People” statue in downtown Boone that depicts him sitting on a bench strumming his favorite guitar.

Home to the yearly Doc Watson Day Celebration, held every summer on the third Friday in June, Boone invites musicians who played with Doc and who are inspired by his work to perform. This year, the concert will be livestreamed, said local folklorist Mark Freed. “You’re also bound to see musicians set up on the street,” he said. “Our town has a deep history of encouraging that.”

Boone is also a place that is somehow able to blur the line between seasons. Freed, who was skiing one afternoon in late February on the mountainside with his kids, was on his back porch playing music in 60-degree temperatures two hours later.

“Boone is a perfect marriage of the outdoors with the downtown experience,” he said.

The historic walking tour offers an overview of local sites and digestible history.

The Jones House, which serves as a cultural center, is a good place to find out about seasonal events and goings-on about town (joneshouse.org).

And, while you’re deciding what to do next, grab a beer at the Boonshine Brewing Company (booneshine.beer).

We're taking nominations in May 2021 for Top Scenic Overlook in the Mid-Atlantic! Cast your nomination: