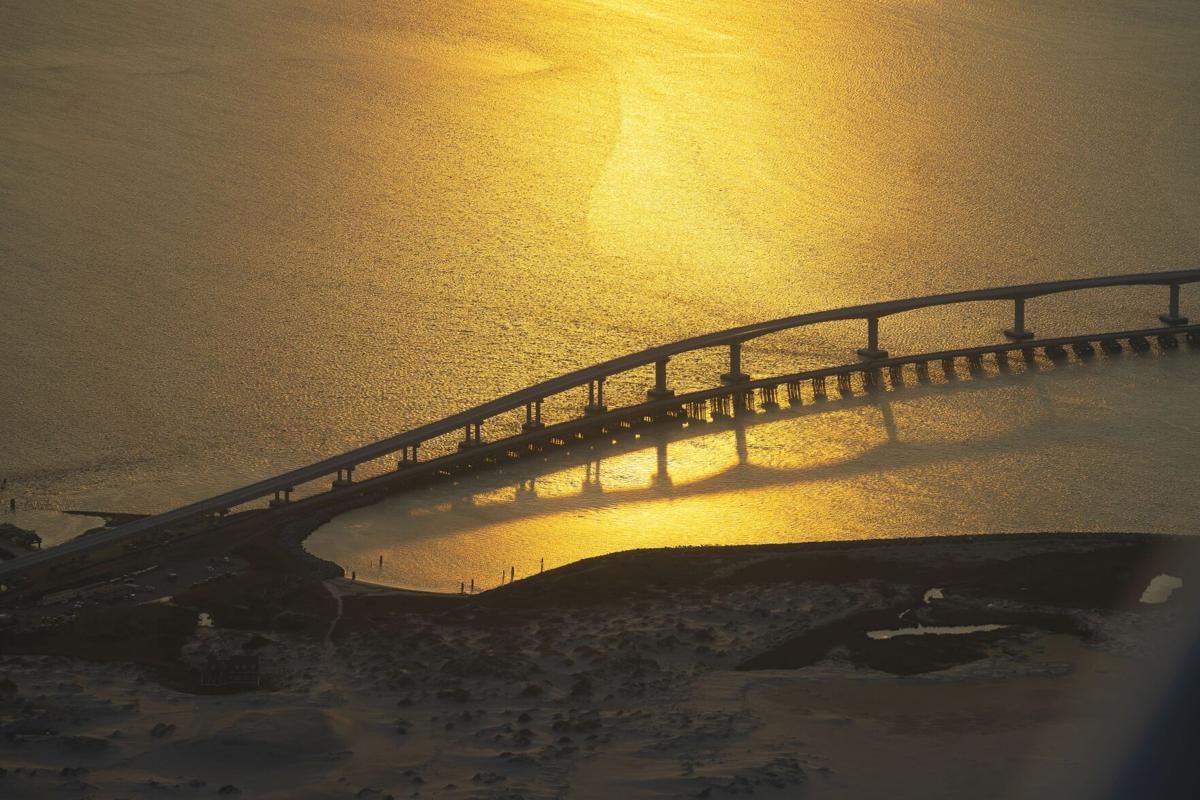 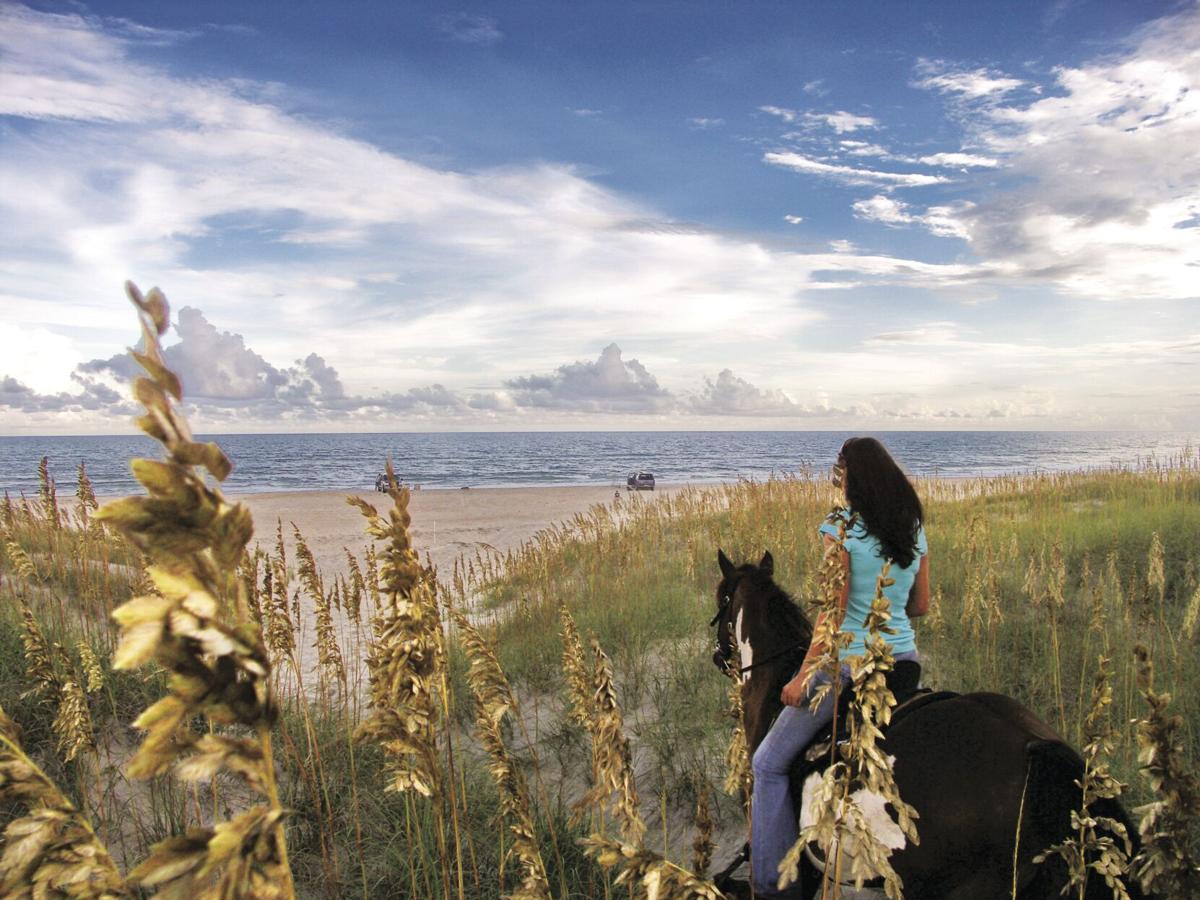 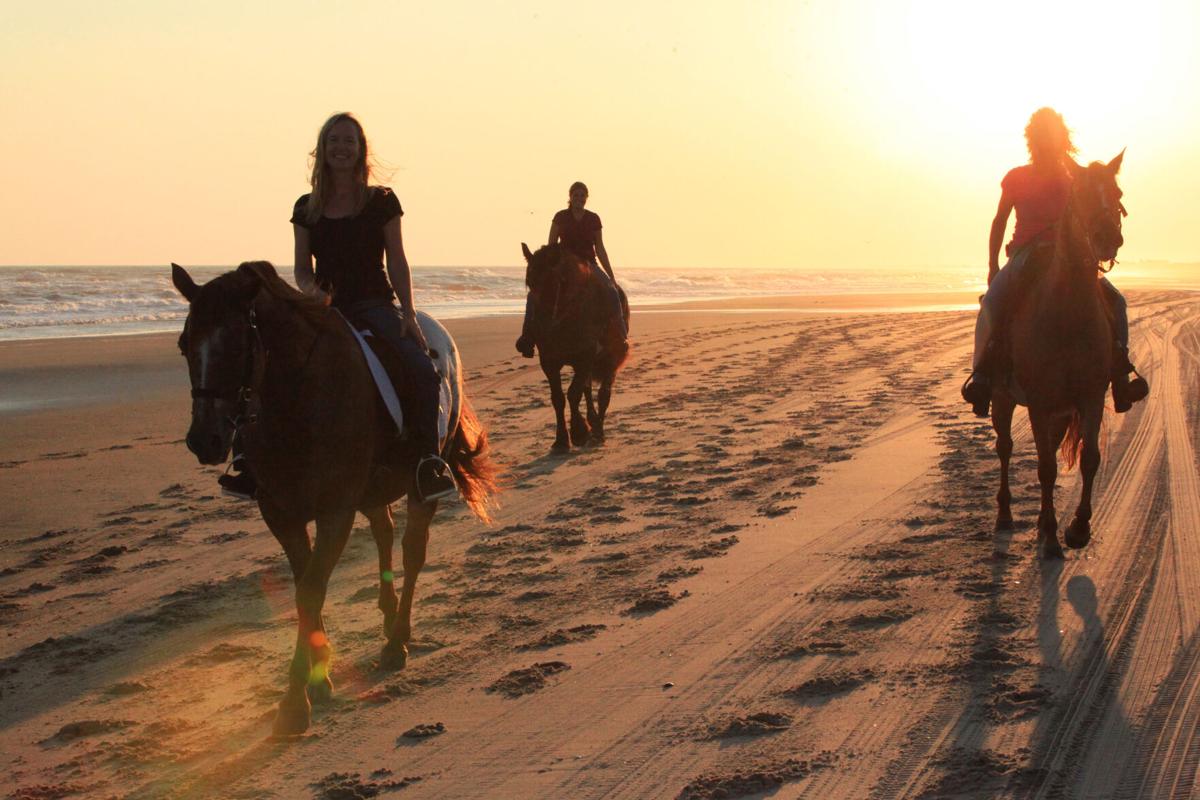 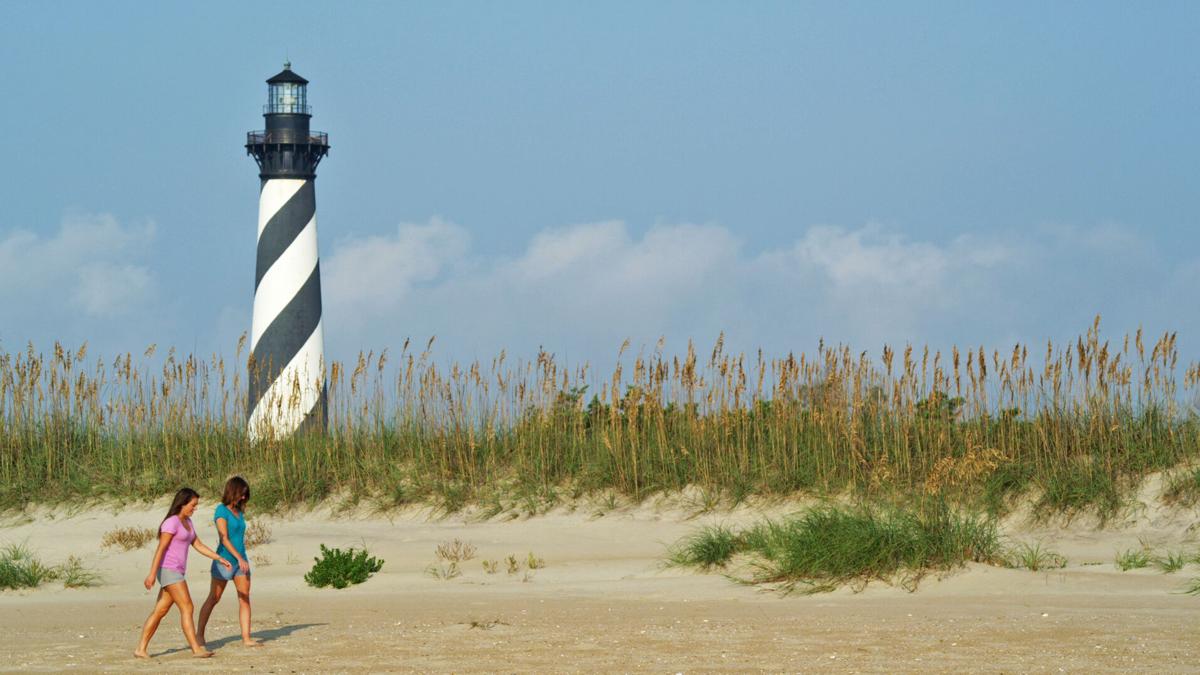 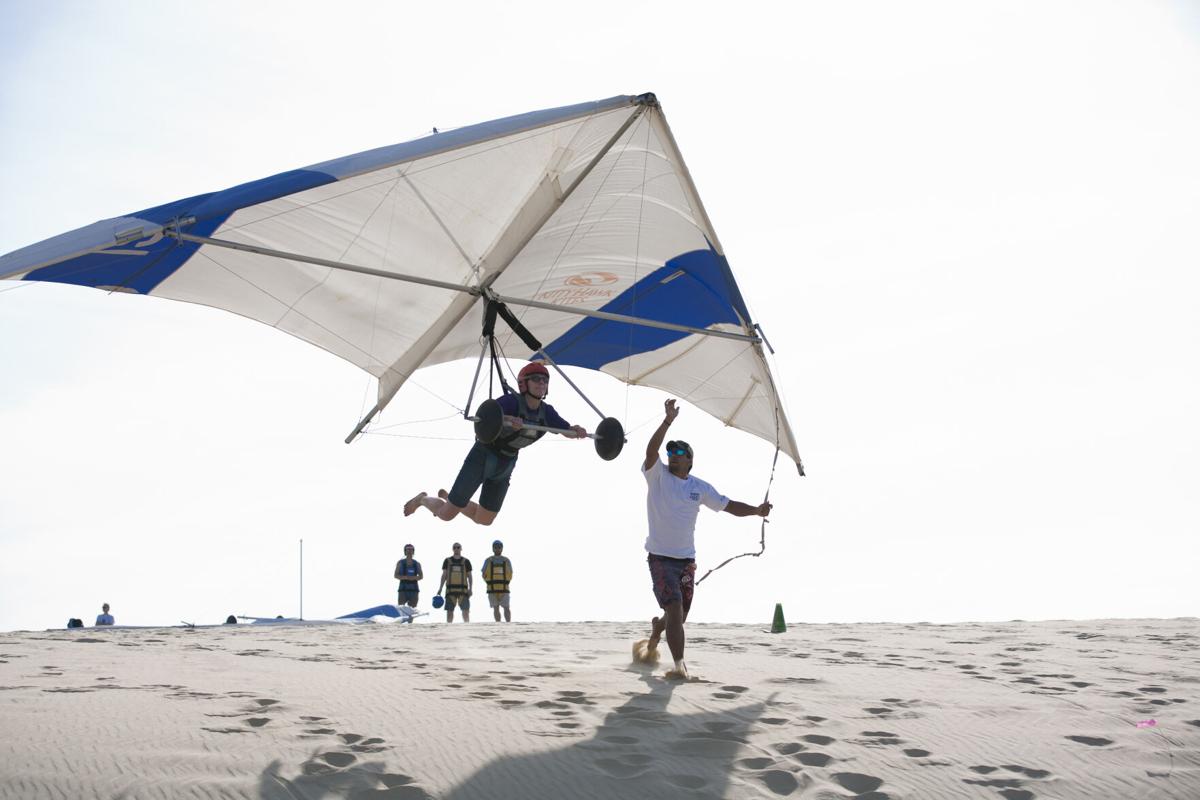 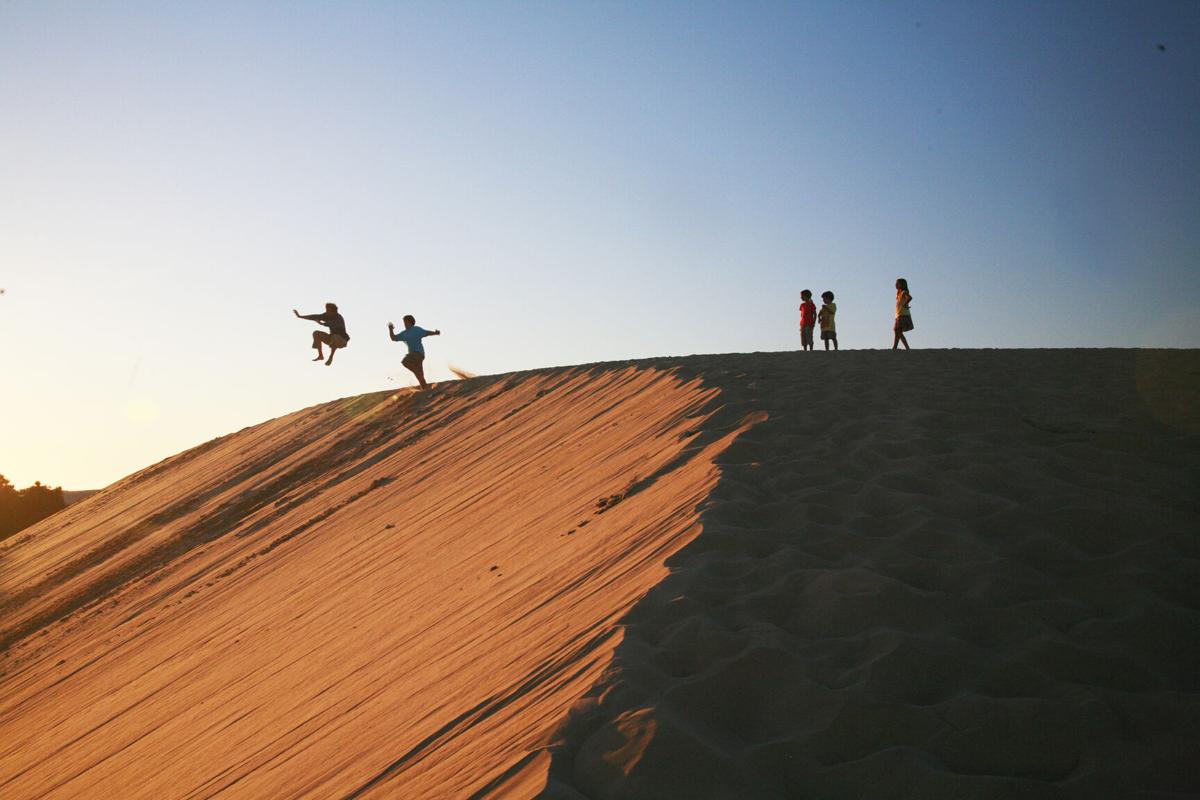 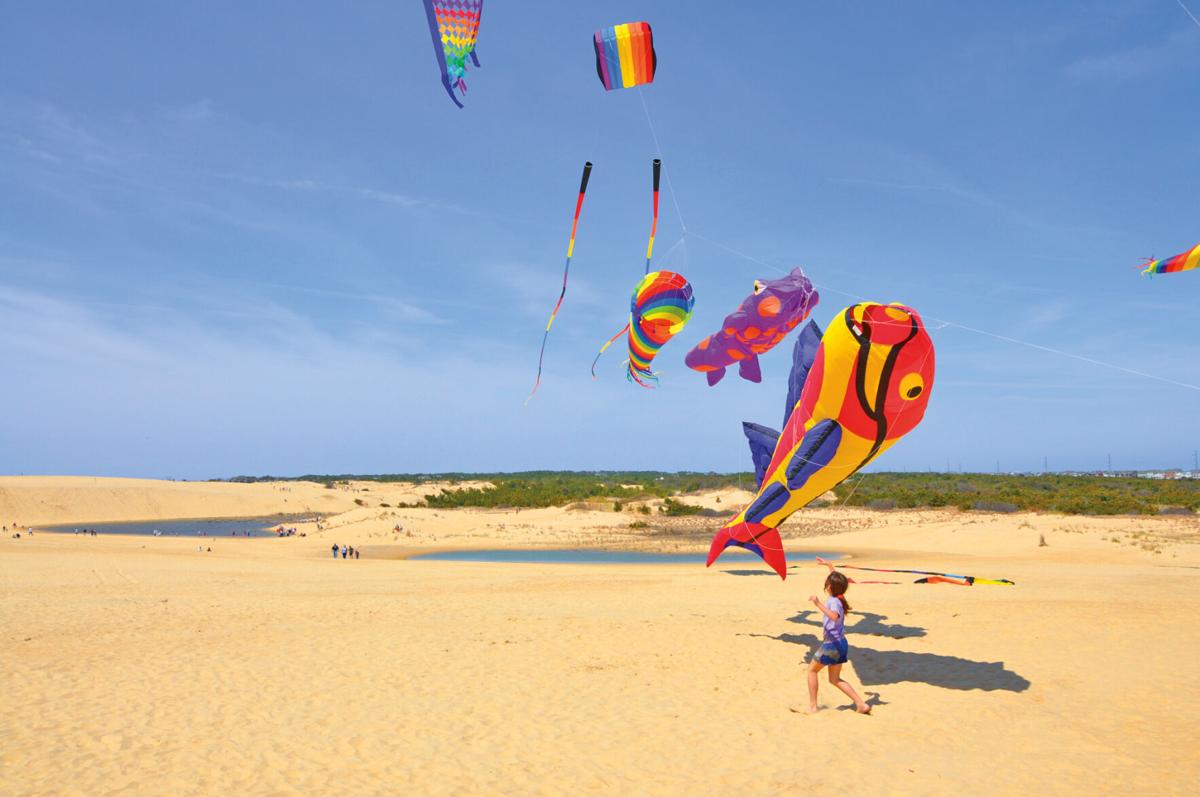 With COVID-19 still looming large, people have been sticking close to home this summer. However, if you are feeling just a little adventurous and want to celebrate summer’s end, consider a road trip to the Outer Banks of North Carolina, aka OBX. It’s a straight shot from the D.C. area to the Virginia-North Carolina border, about a six-hour drive. Much of the Outer Banks is included in the Cape Hatteras National Seashore, offering wide-open spaces, windswept beaches, scenic lighthouses, fishing villages, and a plethora of recreational opportunities. The barrier islands south of Ocracoke Island are included in the Cape Lookout National Seashore, another beautiful place to visit.

Be mindful of the fact that North Carolina has not escaped the pandemic. Though the state planned to enter its phase three of reopening in July, Governor Roy Cooper extended phase two for three more weeks because of an increase in cases in late June. It would be a good idea to check on the current status of cases in North Carolina before you leave home and keep travel plans flexible. The Outer Banks Tourism website is an excellent tool for planning your trip and includes information about getting there, accommodations, dining, activities and events, updates on what’s open or closed and when, road construction, weather conditions, ferry schedules, travel videos and more.

Note there are some lane closures because of construction on the U.S. Route 64 in the Virginia Peninsula (for real-time updates, tune in to 1680 AM radio). The OBX website even shows the businesses that are committed to the OBX Tourism Pledge: “My business cares about the health and wellbeing of our employees, our community and our customers. We pledge to take the specific actions shown for our business to help slow the coronavirus and prevent its further spread. Please do your part, too.”

From D.C., head south to the Hampton Roads area and then follow Virginia State Route 168, which turns into North Carolina State Route 158 at the Virginia/North Carolina state line. Pick up Highway 12 near Kitty Hawk and then go north for about 10 miles to Duck and Corolla, where the 162-foot brick Currituck Beach Lighthouse was constructed in 1875. The historic Whalebone Club, a 1920s mansion, is something to see. Though the area is isolated and remote, a few inns and restaurants are available. After you have toured the north end, travel back south via Highway 12 to Kill Devil Hills, where Wilbur and Orville Wright accomplished the first manned flight on Dec. 17, 1903 (nps.gov/wrbr). Don’t miss Jockey’s Ridge State Park, offering dune climbing, kite flying, and hang gliding (ncparks.com).

A few miles west via U.S. 64 is Roanoke Island, where the town of Manteo and the Fort Raleigh National Historic Site are located. South of Kill Devil Hills is Nags Head, offering a plethora of rental cottages, hotels and motels, and restaurants. Though restaurants are currently allowing 50 percent capacity, many have pick-up and delivery service. Several miles south of the town is the 156-foot, black-and-white striped Bodie Lighthouse — built in 1872 and now closed.

At Whalebone Junction, the intersection of U.S. 64, Highway 12 and Highway 158, marks the northern entrance of the Cape Hatteras National Seashore, as well as North Carolina’s Outer Banks Scenic Byway, officially established by the state in 2009. One of the newest attractions on Highway 12 is the spectacular Basnight Bridge over Oregon Inlet, which opened last year and connects Bodie Island to Hatteras Island. After crossing onto Hatteras Island, look for the Pea Island National Wildlife Refuge, a favorite or stop for nature lovers, especially birders. The historic Chicamacomico Life-Saving Station in Rodanthe is one of the most complete life-savings stations in the United States. In 2018, the station commemorated the 100th anniversary of the heroic rescue of 24 crewmen from the Miro a British tanker that caught fire when it hit a German mine.

The first Cape Hatteras Lighthouse opened in 1803, was replaced in 1871, moved in 1999 to save it from beach erosion, reopened for climbing in 2003, but is currently closed. Characterized by its black-and-white candy stripe paint pattern, the 150-foot lighthouse is the most photographed lighthouse in the country.

Travelers may take the free one-hour vehicular ferry from Hatteras Island to Ocracoke Island. It is 14 miles via the Outer Banks Scenic Byway from the landing to Ocracoke Village on the southern tip of the island. The Ocracoke Lighthouse, built in 1823 and still in operation, is the second oldest lighthouse in the country. (The infamous pirate Blackbeard was killed on the island in 1718. The wreckage of his Queen Anne’s Revenge, one of the hundreds of sunken ships in the “Graveyard of the Atlantic,” lies near Beaufort, NC.

If you want to retrace your journey, simply head north on Highway 12. Another option is the ferry to Swanquarter or the ferry to Cedar Point and towns on the mainland. Once you arrive at Cedar Point, you might explore the Crystal Coast, which includes the 56-mile Cape Lookout National Seashore, stretching from Ocracoke Inlet to Beaufort Inlet. To reach the remote area, you have to take your own boat or hire a boat to Harkers Island, where there is a visitor center, plus nature trails. All facilities are currently closed and only the beaches are open. In normal times visitors may also tour the Keeper’s Quarters Museum, the Light Station Visitor Center, or climb the 163-foot lighthouse that was built in 1857. Portsmouth Village, abandoned by residents, has a visitor center and tours. Swimming, shelling, and sunbathing are popular pastimes in the national seashore (nps.gov/calo; crystalcoastnc.org).

Before going to the Outer Banks, check out outerbanks.org/advisory/ for the latest information on COVID-19 and how it is affecting travel.

Scenic Byways in the Mid-Atlantic

Looking for a scenic byway closer to home? The Mid-Atlantic region has a plethora of designated scenic drives that cover hundreds of miles through diverse geographic areas. Virginia is home to four National Scenic Byways — Skyline Drive, Blue Ridge Parkway, Journey Through Hallowed Ground, and the Colonial Parkway — Williamsburg, Jamestown, and Yorktown — (virginia.org).

Universal Studios Orlando is open for business, but attendance is not what the park had hoped for. In fact, the theme park laid off a number of employees recently (universalorlando.com).

The phased reopening of Walt Disney World, scheduled for mid-July, was delayed because of a spike in coronavirus cases in Florida (disneyworld.disney.go.com/travel-information)