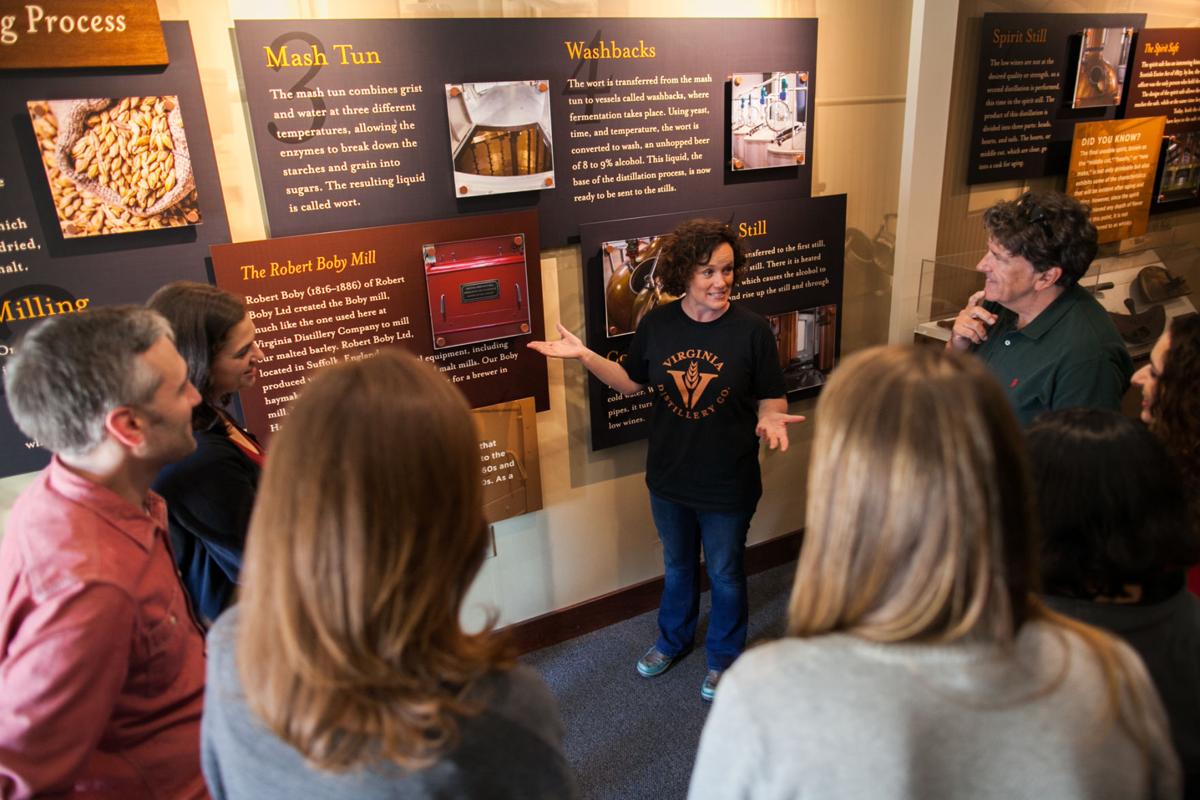 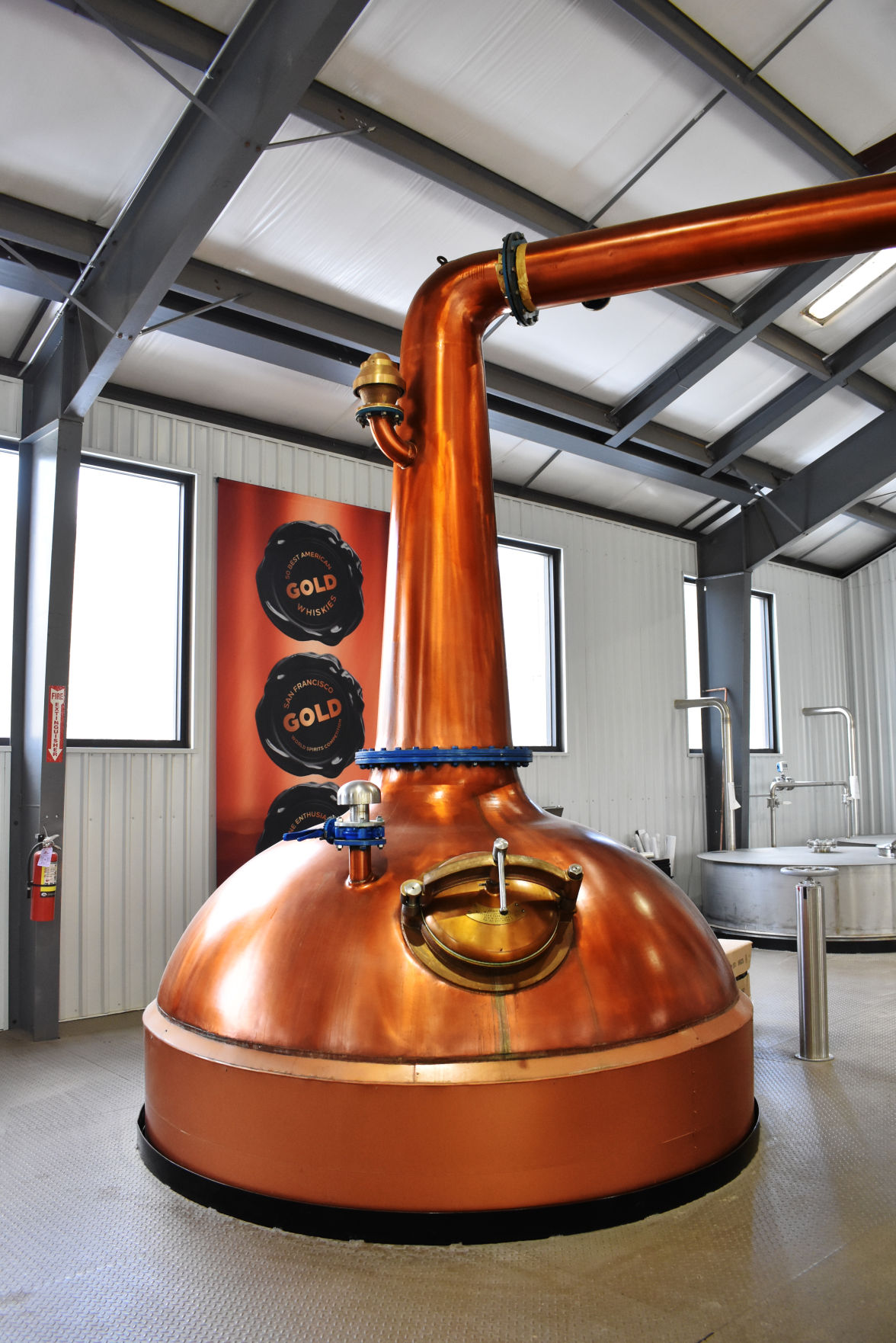 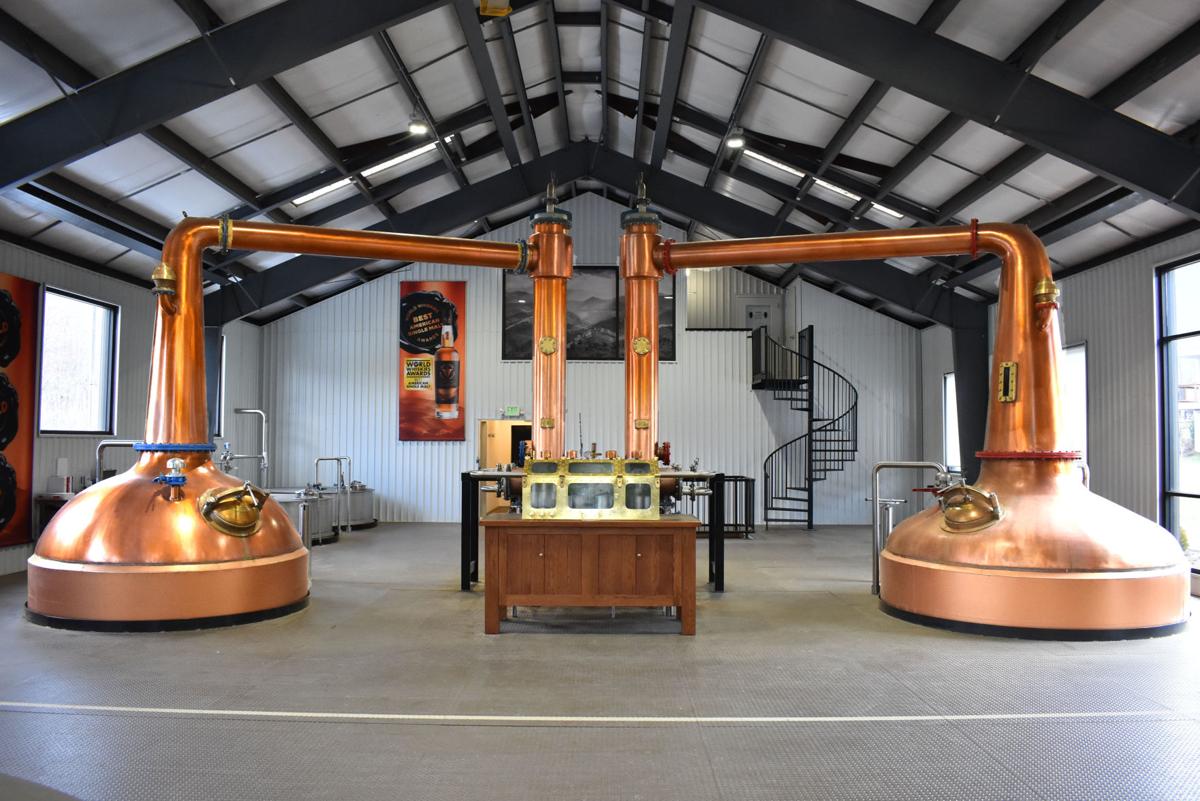 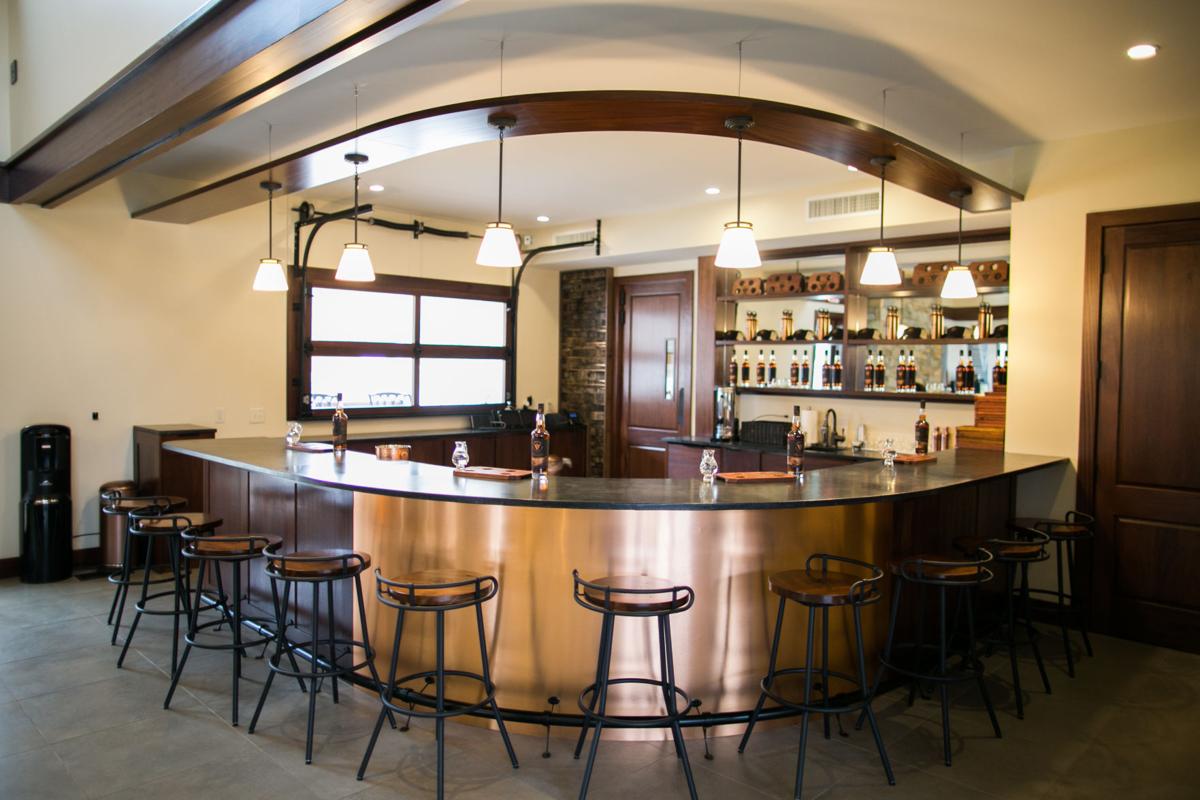 “Have the courage of your convictions,” was a favorite expression of the Irishman who founded the Virginia Distillery in Nelson County, Virginia. It’s that expression that serves as a guiding principle and motto for this professionally run spirits producer in Lovingston. The Prelude to Courage and Conviction, having aged three years, is already out and being poured at tastings on site as a teaser for the full-bodied finished whiskey Virginia Distillery will release in early April. The prize will be worth the wait, as Courage and Conviction is introduced next month. Until then, taste and see what’s coming.

Distillery founder Dr. George Moore discovered a pure, clean water source in Lovingston at the base of the Blue Ridge Mountains and used it to create some of the best whiskey in America. And the world. Single malt whiskey, to be precise. Moore loved single malt Scotch whisky so much, he perfected a way to replicate tastes from the British Isles in Virginia. Hot summers and mild winters here bring out complex tastes more quickly than it takes spirits to mature in Scotland. Moore’s business remained in the family after his death, and today his wife, Angela, and son, Gareth, are the principal owner-operators. Gareth, having grown up in the business, is also president of the Virginia Distillery Association.

“It’s truly exciting to be in 2020, with the launch of Courage & Conviction,” said Moore. “Making great whisky takes a lot of time and dedication and we can’t wait for our American single malt to hit shelves this April. The Virginia climate and fresh water sources are allowing us to bring something to consumers that has a different taste than anything currently available.”

The Virginia Distillery is easily reached from Washington by traveling major interstate roadways or some of the most scenic byways in Virginia. Getting there will take about 2 1/2 hours and is well worth the drive at any time of year. Jammed highways melt away into quiet country roads with views of adjacent clear mountain streams. When you arrive, you know you’re in for a treat. There’s a true spirit of cooperation among local businesses here and merchants readily give you tips for enjoying your time in the area. There are lots of places to grab a delicious bite or drink and even more spots where you can enjoy the great out-of-doors. Hiking and cycling are popular in Nelson, and the Blue Ridge Parkway and Appalachian Trail offer beautiful mountain and valley views and easy access for hikers. Lodging options are plentiful and include small to medium bed and breakfast properties, cabins, camping and four-season resort amenities.

Virginia Distillery offers a terrific tour of its informative whisky-making museum and spirits operation. Around a toasty fireplace, tastings are provided in a large, comfortable room. If you luck into taking a tour with David Hunt, who led our small group on a Saturday afternoon, you’ll get an entertaining lesson in the history of whisky making and the tax money it’s earned for governments here and abroad for centuries. The museum at the Virginia Distillery gives insight into whisky’s origins in Ireland and Scotland and provides a glimpse of the benefits America’s own George Washington found in making it here. By George, the Moores are sharing the benefits of releasing their own version of a great American tradition.

As you enter the distillery, you’ll see a 100-year-old simple machine. The adage “they don’t make things like they used to” really applies here since the Boby Malt Mill has been mashing barley into malt for whisky since before members of the Greatest Generation were born. With just a few minor parts replacements, the milling machine is still in top operating condition.

Next, you’ll see large tanks and ultimately the beautiful copper stills that cook what folks during prohibition times might have called medicine. A gorgeous spirit safe, imported from Scotland, stands locked in front of the copper stills to protect the samples of whiskey drawn during the distilling process. Hunt regaled the group with a story about a couple from Scotland who gasped when he opened the safe in front of them — only a person in authority is permitted to open a spirit safe in their country, he told us. And without being didactic, he explained the difference between Scotch whisky and American single-malt whiskey.

Visit the Virginia Distillery for a sip of the secret recipe that will have you coming back for more.