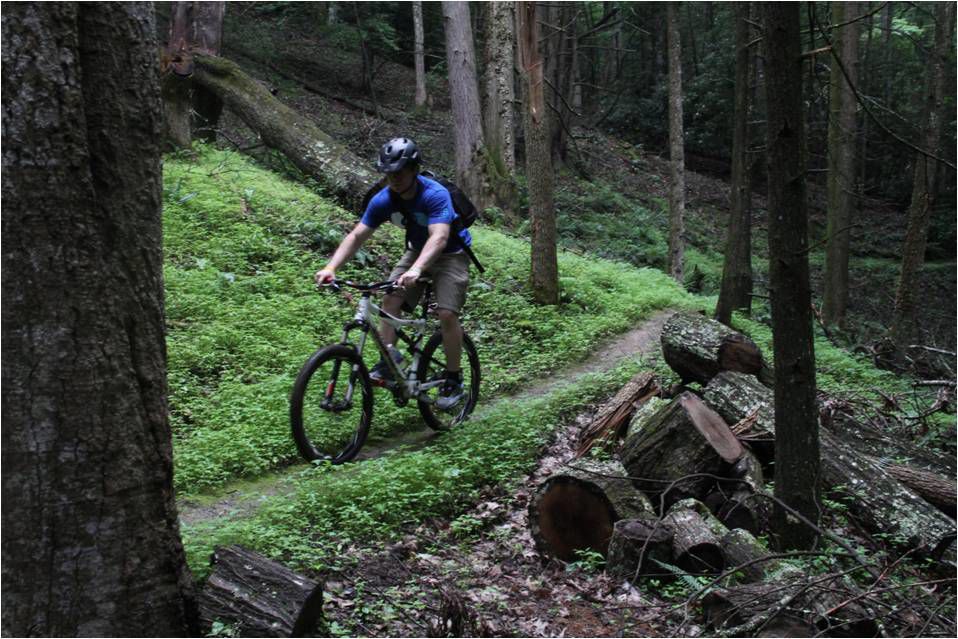 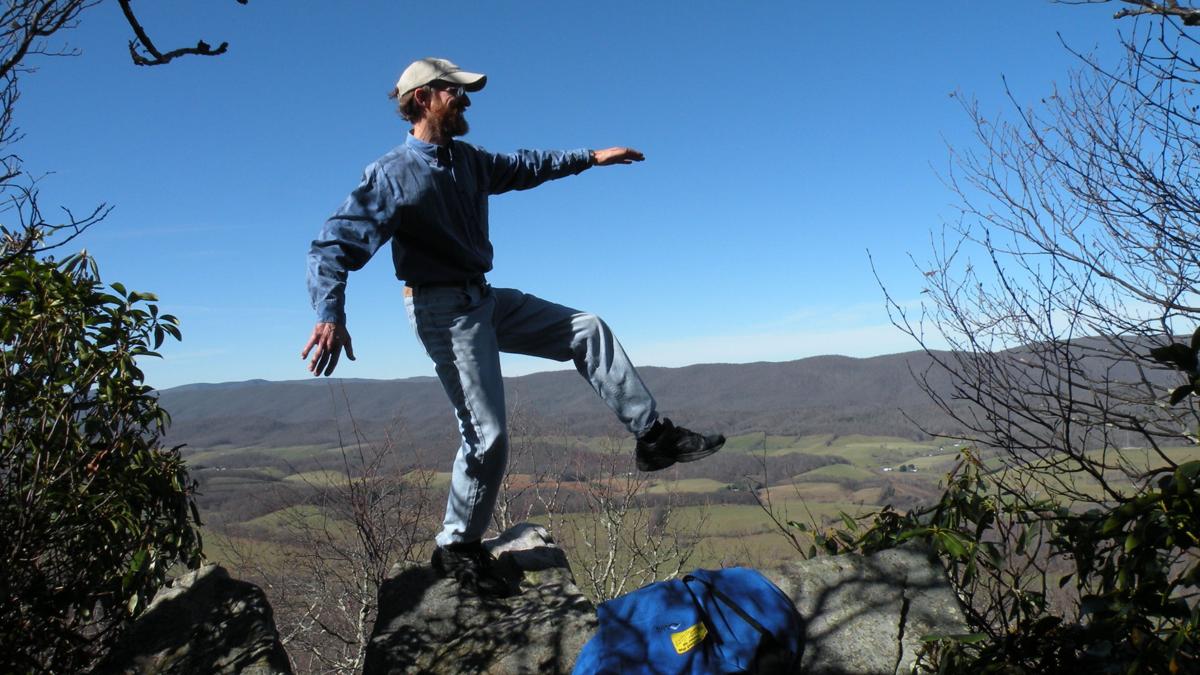 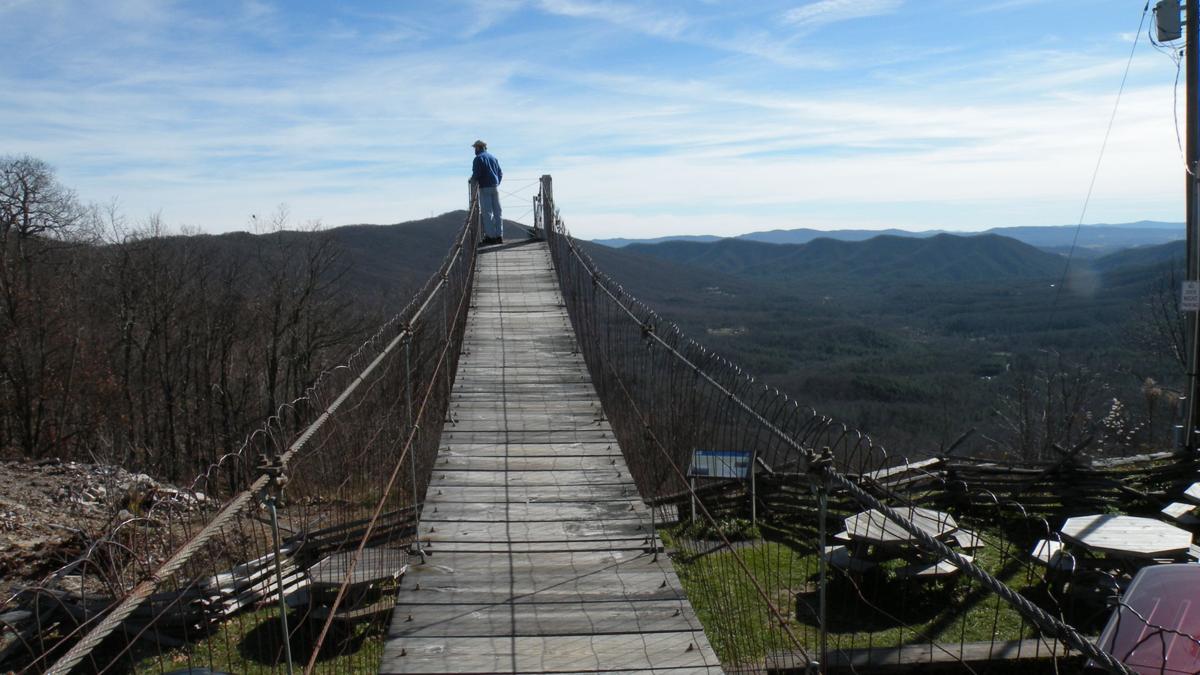 For a small fee, visitors can climb the lookout tower and swinging bridge at Big Walker Lookout for a panoramic view/Su Clauson

But the mountain town’s traditional attractions are only part of the case for making the 4.5-hour drive from Washington. Located at the intersection of Interstates 81 and 77, the village snuggles up against massive Sand Mountain. An energetic cyclist can leave town and be on the slope within minutes. Wytheville has been re-inventing itself lately, and outdoor attractions are a big part of its appeal.

For instance, how many towns of 8,000 can boast a 1,800-acre mountain park — admission free, with free primitive campsites?

Insider tip: Campers should register by calling the Wytheville Recreation Center at 276-223-3378.

Wytheville’s Crystal Springs Recreation Area on the backside of Sand Mountain now also offers a brand new mountain bike terrain park. Built on a shady slope with mostly natural materials found in the forest, the park features novice obstacles such as ramps, balance beams and domes, as well as more advanced features including a teeter-totter, rock drops and ramp walls. The terrain park and 13 miles of forest trails are fee-free. The 180-degree view from High Rocks cliffs at the mountain’s top, is one of the best in the region.

Out in the mountains

On Route 52 north of Wytheville, Big Walker Lookout and Country Store host toe-tapping regional music and craft demonstrations every weekend in October. The store sits at 3,405 feet, and climbing the 100-foot lookout tower provides visitors with a panoramic view of the surrounding mountains in their fall finery. The store features the handmade wares of regional artisans as well as local ice cream, which pairs especially well with a short hike to Monster Rock Trail behind the shop.

Several long trails pass through Wythe County, including the Appalachian Trail and the 57-mile New River Trail. Wythe’s three miles of the AT can be hiked in a loop with the Crawfish Trail. Linear New River Trail State Park winds along its namesake river from Draper to Fries, passing through two tunnels, over 30 bridges and beside a historic shot tower where ammunition was made in frontier days. Visitors can rent bikes, kayaks, canoes or join a horseback trail ride at the park headquarters in Foster Falls. Occasional guided activities include caving, critter stalking, and nature hikes.

Strolling between downtown parks on Wytheville’s Heritage Walk path leads pedestrians past several great eateries, the farmers market and an international bakery. Walkers who think they hear music actually do. The walk is often orchestrated by soft rock from streetside speakers. The trail passes within a few blocks of two new craft breweries, Seven Dogs and Seven Sisters. After a long day paddling on the river or biking the trails, the brewpubs offer a convivial place to hear live music or stretch the arms in a friendly game of cornhole.

At Wohlfahrt Haus Dinner Theatre, the genre-spanning songs of Johnny Cash live on during the month of October as the professional musical theater performs “The Ring of Fire.” The story of the legendary singer is told through his music, featuring great hits including “I Walk the Line,” “Folsom Prison Blues,” and “Will the Circle Be Unbroken.” Outstanding singing, dancing, and tasty regional fare served by the actors themselves make the theater a magical evening or afternoon — a perfect cap to a magical weekend in mountain country.