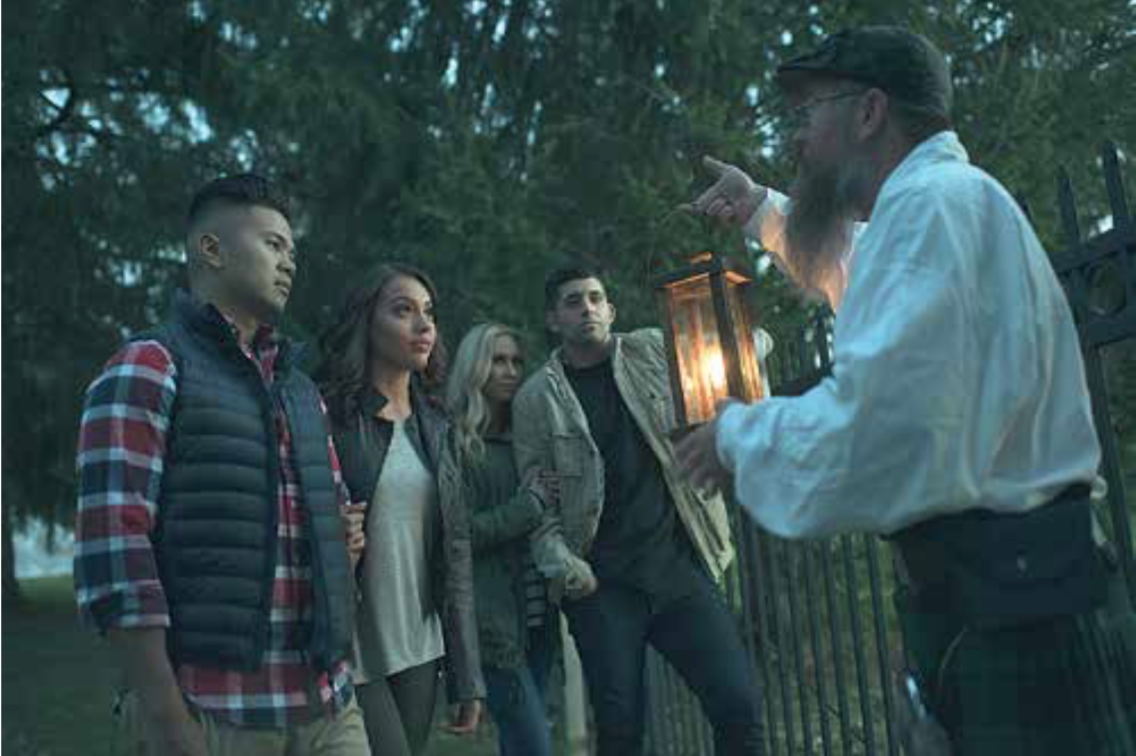 Ghost tours in Gettysburg are a unique way to learn about the town’s history. 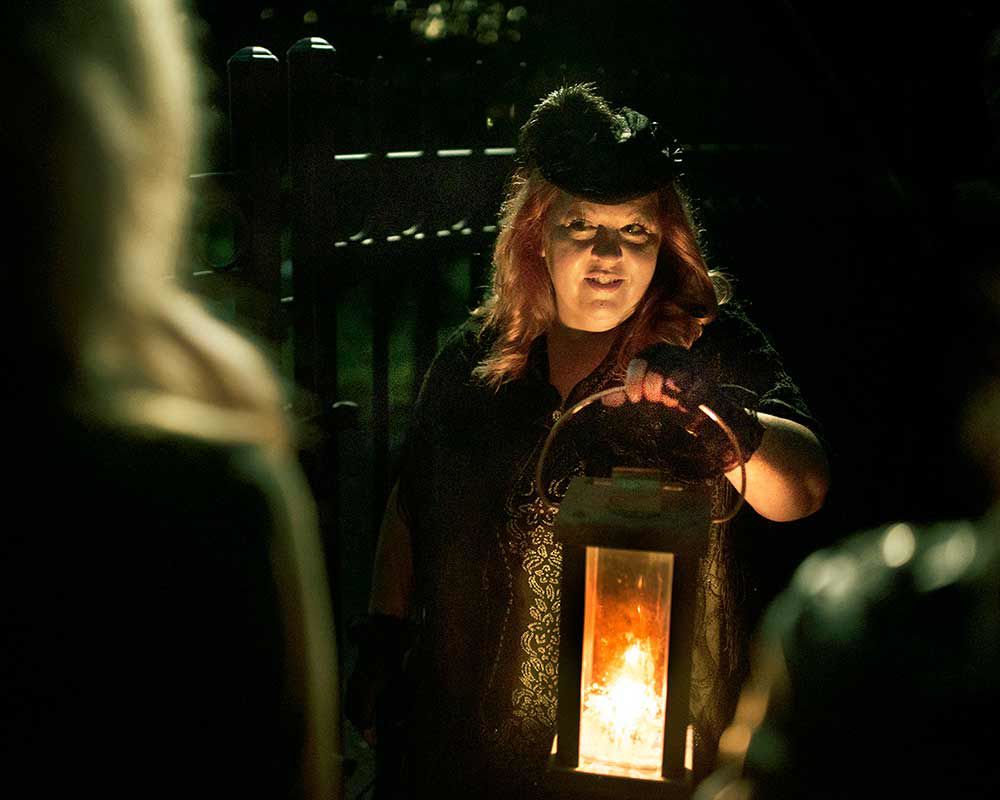 Many visitors to Gettysburg are drawn in by the search for paranormal phenomena.

Ghost tours in Gettysburg are a unique way to learn about the town’s history.

Many visitors to Gettysburg are drawn in by the search for paranormal phenomena.

Tourism of the macabre is nothing new. Annually, more than 300,000 people visit the catacombs of Paris, the underground final resting place of 6 million human skeletal remains. Highgate Cemetery in London at- tracts visitors to the resting place of 170,000 souls, including Karl Marx and author Douglas Adams.

The Battle of Gettysburg resulted in more than 7,000 fatal casual-
ties, with more than 33,000 soldiers wounded, many of whom succumbed to their wounds days after the fight- ing had ceased. Mass burial sites and unmarked graves dot the land- scape of the small Pennsylvanian hamlet.

Not all visitors to Gettysburg come in search of paranormal phenomena, but they often are enticed by one of

a handful of tour companies focusing on spirits and haunted tales.

“With that much death happening in one place, it is easy understand how ... there are spirits here,” said Mark Nesbitt, pausing to find the perfect words.

Nesbitt should know. The author of dozens of books on local lore runs Ghosts of Gettysburg, which of-
fers four different candlelight tours throughout the town and over battle lines.

Street, passing by the Tillie Pierce House Inn — of which The Blue Room is said to be one of the most haunted spaces in Gettysburg — and stop- ping in front of the bullet-ridden Farnsworth House Inn. The circa- 1810 Farnsworth Inn holds a docu- mented list of apparitions who have made their presences known over the years, including the vision of a woman dressed in 1800s attire who has been seen traveling between the tavern and the kitchen.

a pair of old sycamore trees stand
as living witnesses to the fighting. Across Lefever Street stands Mr. G’s Ice Cream, where a photo from an unsuspecting tourist captured the image of a young male presence; the photo is on display at the Ghosts of Gettysburg headquarters.

Making its way back up Baltimore Street, the tour visits the county courthouse. During the battle, the building overflowed with suffering soldiers and amputated limbs piled high around the building. A neigh- boring church needed holes drilled into the floors to drain all the blood coming from the wounded. Both sites have seen a fair share of manifesta- tions.

Another outfit, Gettysburg Ghost Tours, runs a bit darker and takes a route more off the beaten path for its Black Cat Tour. Each Black Cat Tour is custom-designed around the inter- est of the group participating and whims of the costumed guide. A re- cent tour started with an eerie walk down Court Alley — where a creek ran red with the blood of wounded troops — and continued with historic

tales and expert knowledge.
“It was called Winebrenner Run. We call it the Haunted Creek Bed,”

just horrible. I’ve had people come here and their phones have dropped to 3 percent, and once we leave they have full battery.”

From the alley, the group viewed the Rupp House, the exact center of fighting as Union and Confederate

soldiers fired at each other across the porch. Thirty-six soldiers died here. Turning on to South Street and heading to Steinwehr Avenue, the tour circled the Farnsworth House and ended up at one of the most rec- ognizable attractions in Gettysburg dining, the period-inspired Dobbin House.

Insider tip: Sunlight casting a shadow from the stone side of the building creates the appearance of Abraham Lincoln’s profile on the building’s upper, south-facing balcony. This is no haunt, just a freak happenstance.

For those looking for something a bit more advanced than these

Insider tip: After a night of spooks and spirits, return to the comfort of a well-lit hotel like the Wyndham Gettysburg Hotel or go for more frights by staying in The Gettysburg Hotel, with its well-documented haunting by a spirit named Rachel.