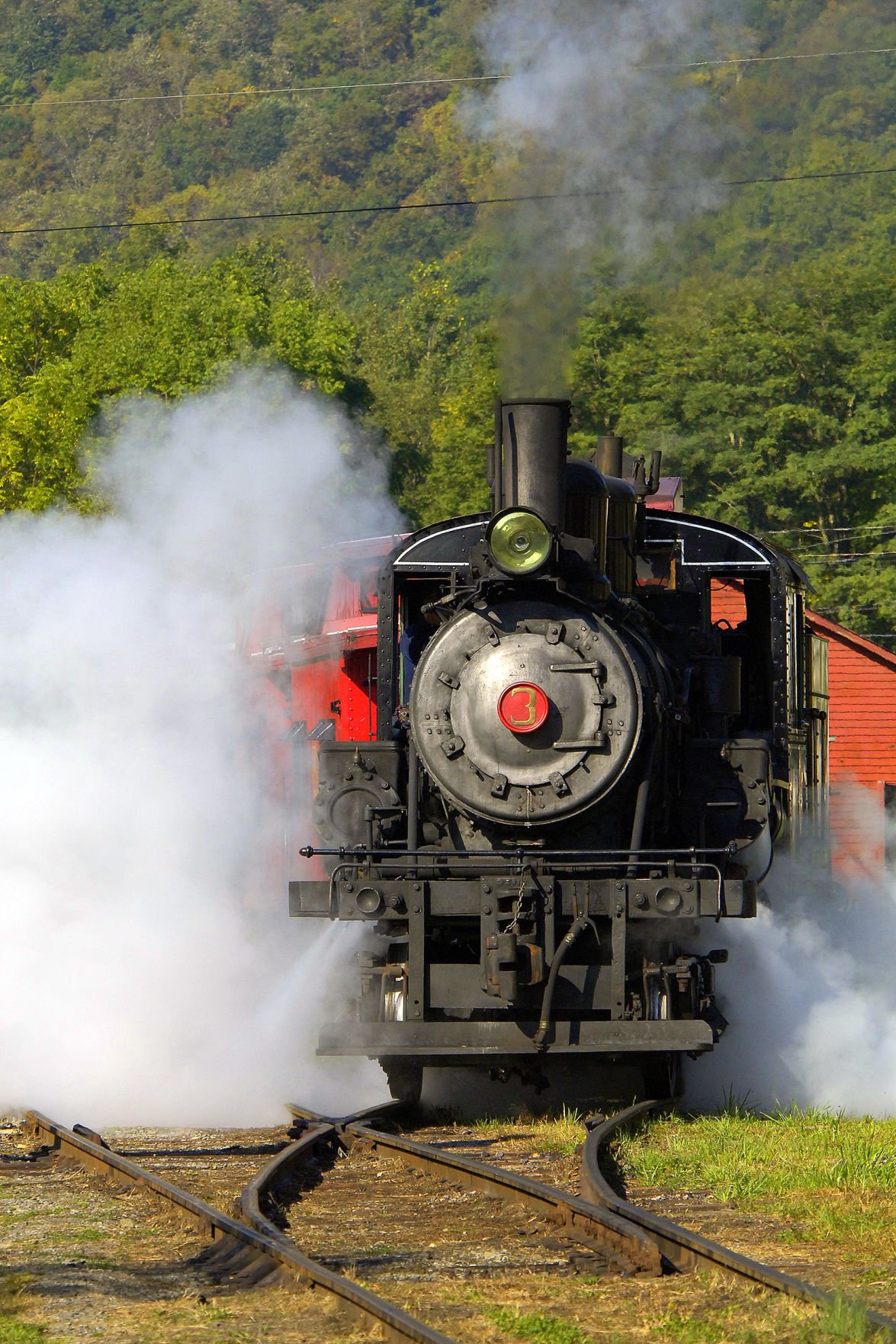 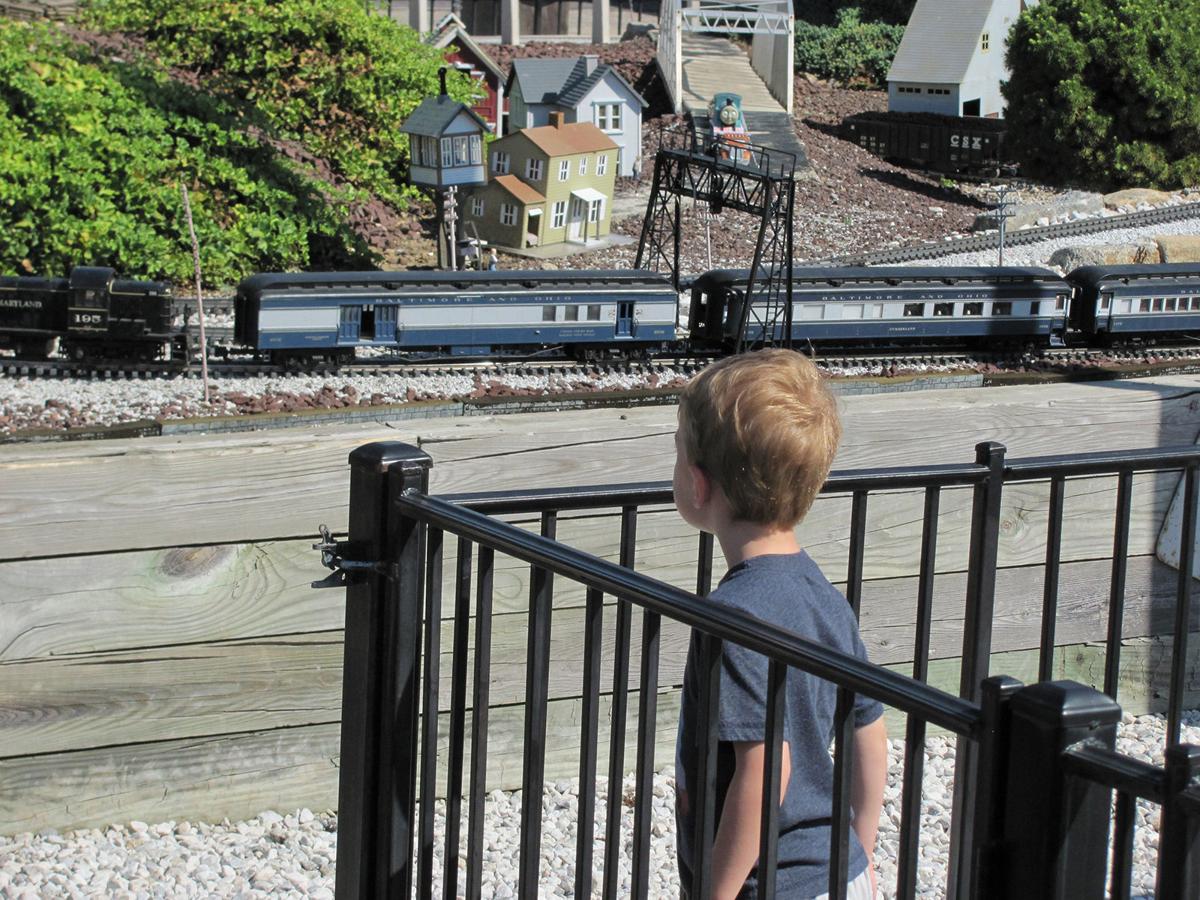 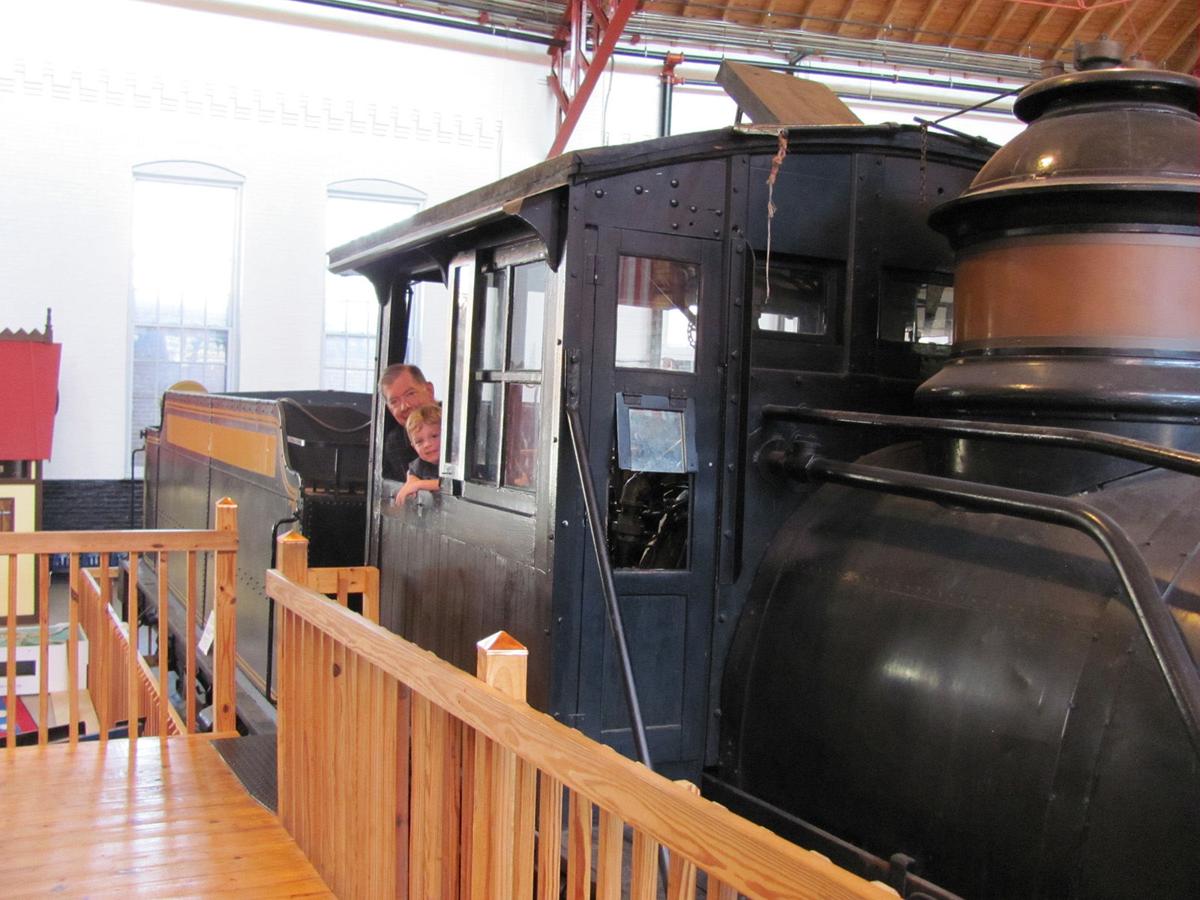 The Mid-Atlantic is rich with opportunities to ride the rails — both literally and figuratively. You can travel on the historic first mile of commercial track, see one of the world’s largest model train layouts, check out the trolleys of bygone days, and visit the museums that preserve our railroad heritage.

There are also scenic railroad excursions available in Delaware, Maryland, Pennsylvania, Virginia, and West Virginia. But that’s just the tip of the iceberg of railroad adventures.

Here are some opportunities within a few hours of the Washington-Baltimore area.

Completed by soldiers home from the Civil War just four months after the “golden spike” united the transcontinental rails, the line takes you through a forgotten secret valley with excursions beginning with a March 16 St. Patrick’s Day trip and continuing with Easter Bunny Trains and a variety of special events and Secret Valley Expedition journeys.

Steam engines power most excursions along the 23-mile system, including an Easter “EGGspress” event March 24, 25, and 31. Other special event and basic excursions are available during the season.

Historic buildings in the Heritage Village and Sunday train rides along the old Maryland and Pennsylvania line, June through Labor Day, are only part of the story. There are plenty of special events, such as a World War I encampment in June, a World War II weekend in August, Milling Weekend, fall leaf excursions, and the special Christmas City Express. It’s all just 50 minutes from Baltimore.

Catch a ride on both Durbin & Greenbrier Valley Railroad and the Cass Scenic Railroad with a single “Wild Heart of West Virginia” ticket from historic depots in Elkins, Durbin, and Cass. The New Tygart Flyer and Cheat Mountain Salamander are other options. Choose from excursions or shorter sightseeing trips, dinner trains, holiday adventures, and special events beginning in April. You can even spend the night in the Durbin Rocket’s Castaway Caboose.

You’ll see eagles on 90 percent of the excursions through a pristine mountain valley known as the eastern home of the bald eagle. Experience “The Trough,” a spectacular valley through which the south branch of the Potomac River runs with water so clear you can see the fish below. Excursions offered May through October.

Ride to Glen Rock or Hanover Junction behind a re-creation of the locomotive that took Abraham Lincoln to Gettysburg, or on a more modern diesel engine. The season runs March through December, with weekend runs in April and May. Mid-week trains run June and July, with a heavy schedule in October. There is entertainment, featuring musicians and living historians, on almost every run. And, cowboys and Civil War reenactors might even storm the train.

Take the 45-minute ride on the oldest continuously operated short-line railroad in America. Journey through the Amish countryside on a variety of accommodations. There are a number of special event rides, including Easter bunny trains and “Day Out With Thomas” events. The season runs March through October, with more special event trains in November and December.

Travel over track originally built in 1871. The season opens with Easter bunny trains March 24, 25, and 31, and regular Saturday runs May through September. Saturday and Sunday excursions are available in October.

A round trip is about 70 minutes. Special events include Jesse James Days, superhero trains, mystery dinner trains, and Santa trains in November and December on this line that is just 50 miles from both Baltimore and Washington.

Housed at the birthplace of American commercial railroading, Baltimore’s B&O Railroad Museum offers a roundhouse and rail yard with historic trains such as the Tom Thumb and the locomotive that pulled President Lincoln’s funeral train. There are exhibits and lots of activities and events for children. You can ride on the Mile One Express, journeying along the historic first mile of track heading out of Baltimore.

Rides are offered Thursdays through Sundays, April through December. “Day Out With Thomas” events are April 27–29 and May 4–6.

The only national park site dedicated to the history of steam railroading offers self-guided tours of history, roundhouse, and technology museums and a digital theater presenting an 18-minute movie. You can also take a daily ranger-led walking tour. Short excursion rides are available.

Situated alongside Roanoke’s working tracks, the museum’s Rail Yard is home to historic steam and diesel engines, cabooses, and other rail equipment, including the only surviving Norfolk and Western steam locomotives.

The J611 is an extraordinary piece of history, as one of the last steam engines built for the last commercial railroad to use steam power. Inside are model trains and hands-on exhibits, including an expanded gallery showing the contributions of African-Americans to railroad history.

You can take a Dome Car excursion from Washington’s Union Station to either Charleston, S.C., or Savannah, Ga., on May 4 that benefits the J611.

Huntington City (now Bowie) grew up around the depot and today’s museum includes a passenger shed, tower, artifacts, and the National Railroad Historical Society Research Library. There are permanent exhibits and artifacts, including a Chessie System caboose. Perhaps the best thing about the location is the trainspotting as Amtrak trains speed by.

Housed in the railroad station that served passengers arriving at the Chesapeake Bay resort town between 1900 and 1935, the museum preserves the history of the resort that included hotels, beaches, casinos, a race track, a dance pavilion, and a boardwalk.

The museum is open mid-March through November.

The museum exhibits more than 300 photographs by Link, who documented the last days of steam on the Norfolk and Western Railroad. It also includes the History Museum of Western Virginia exhibits. Open daily, it is located in the Roanoke Valley Visitors Center.

The vast indoor collection of locomotives and passenger, mail, and freight cars is amazing and the collection continues outside with a 5-1/2-acre yard centered around an operational 1928 turntable.

New exhibits are opening this summer including a new hands-on exhibit area, thematic interpretive zones and an updated diesel simulator. A combination ticket that includes the Strasburg Railroad excursion is available.

There are two films shown each hour, and there is an online “call board” where you can check on family members who may have worked on the railroad. Visitors can also visit Horseshoe Curve, an engineering marvel which opened in 1854, and see some of the 50 trains that use the tracks daily.

A visitor center has exhibits on engineering and constructing the curve. The funicular, an incline plane, takes you from the visitor center up to the train tracks.

The museum features artifacts such as signs, signals, tools, and other railroad equipment, as well as eight cabooses, an 1885 pump car, and 1875 velocipede.

The crown jewel of the collection is Steam Engine 202, which carried passengers and baggage from Baltimore to Hagerstown from 1912 to 1953. It is the only Western Maryland road-type steam locomotive in existence.

Open April through October on Fridays and Saturdays.

Operating weekends year-round, the museum offers rides on some of its collection of historic Washington, D.C., American, and international trolleys. See much of the collection in Streetcar Hall. You’ll also see exhibits on the development that followed streetcar lines out from Washington and electric innovations fostered by streetcars, plus films are shown in the theater.

The season runs Saturdays and Sundays, Memorial Day through October, with special events beginning with the Easter Bunny Trolley on March 24. There’s an international collection of trolleys, dating to the late 19th century, plus work vehicles such as snow sweepers. An all-day adult ride ticket is $8.

The trolley museum is open daily on the grounds of the Steamtown National Historic Site. Excursion rides are also offered April 26 through Oct. 28, Thursdays through Sundays. The route parallels Roaring Brook, passes historic iron furnaces, and goes through the Crown Avenue Tunnel, one of the longest inter-urban tunnels ever built. There are numerous historic trolleys, many used in the excursions, on display.

Open daily, March 10 through Nov. 20, the 1,700-square-foot attraction offers 22 operating trains and 150 hand-built animated figures and vehicles, including a barn raising, baseball game, and fire scene. The Groff family opens its Christmas layout Nov. 22 through Dec. 30. The 1950s family hobby turned into a business in 1961.

Two floors of toy train layouts are available Fridays through Sundays. There’s an HO-scale roundhouse, an O-scale layout, and trains kids can operate, as well as artifacts and photographs. Outside are two cabooses, locomotives, and a streetcar.

The museum opens April 1 with new layouts and the schedule increases to daily for June, July, and August. The museum re-creates a family train room, but on a much larger scale with operating layouts in different gauges. It contains one of the most extensive toy train collections in the world, dating from the mid-1800s to the present. You’ll also see trains that children pushed, pulled, or rode upon.

Said to be the fourth-largest model train layout in the world, the attraction has plenty of buttons for kids to push to operate the trains. You’ll find a miniature world incorporating sound and movement with a zoo, circus, working volcano, and subway.